U.S. Airman Elijah Posana went missing after helping save some of his cousins from some rough water in Surfside last weekend. 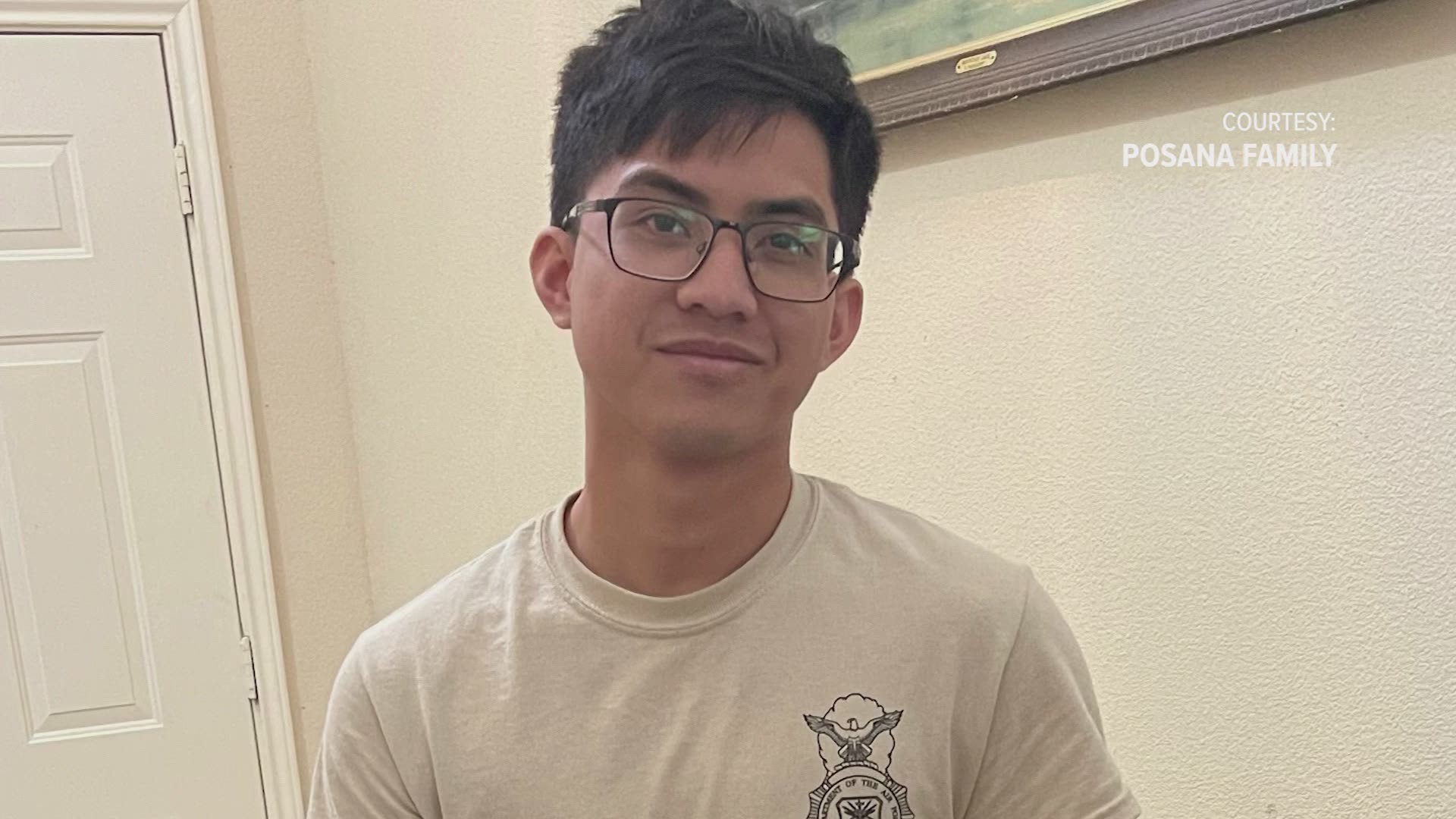 The 22-year-old disappeared just before noon on Sunday.

The Posana family was enjoying the surf when the waves became rough.

"My two younger siblings, they are younger than 15, and they are not very good swimmers. They were both drowning,” Elijah's cousin Ethan Posana said.

Ethan swam over and Elijah turned back to join him. Together they pushed the younger kids to safety.

Ethan said Elijah wasn’t in the rip current at that time.

"He wasn’t in no rip current yet. He came back to help,” he said.

“When we were in the rip tide, everyone else was panicking except Elijah.  He said, ‘To get out of a rip current, don’t swim forward, you have to swim to the sides,’” Ethan said.

Moments later, the Memorial High School graduate vanished. The 22-year-old military police officer was on leave from Whiteman Air Force Base in Missouri.

The native Houstonian is part of a large family.

“Even if we had nothing to offer each other or the world had given us nothing, Elijah would make it seem like we had a million things handed to us," cousin Evangilyn Froelich said.

Elijah's parents met with the Coast Guard, which suspended its search on Monday afternoon.

Relatives broke up in small groups, searching the shoreline, checking grassy areas and talking to surfers, in hopes of finding their missing hero.

“Elijah is only in that situation because he came back to help me," Ethan said.

The family set up a GoFundMe page to help with search efforts.