Springer says the Formosan Termite, which is not native to this country, swarms for a couple weeks around Mother's Day every year. They're often seen at night right around dusk. 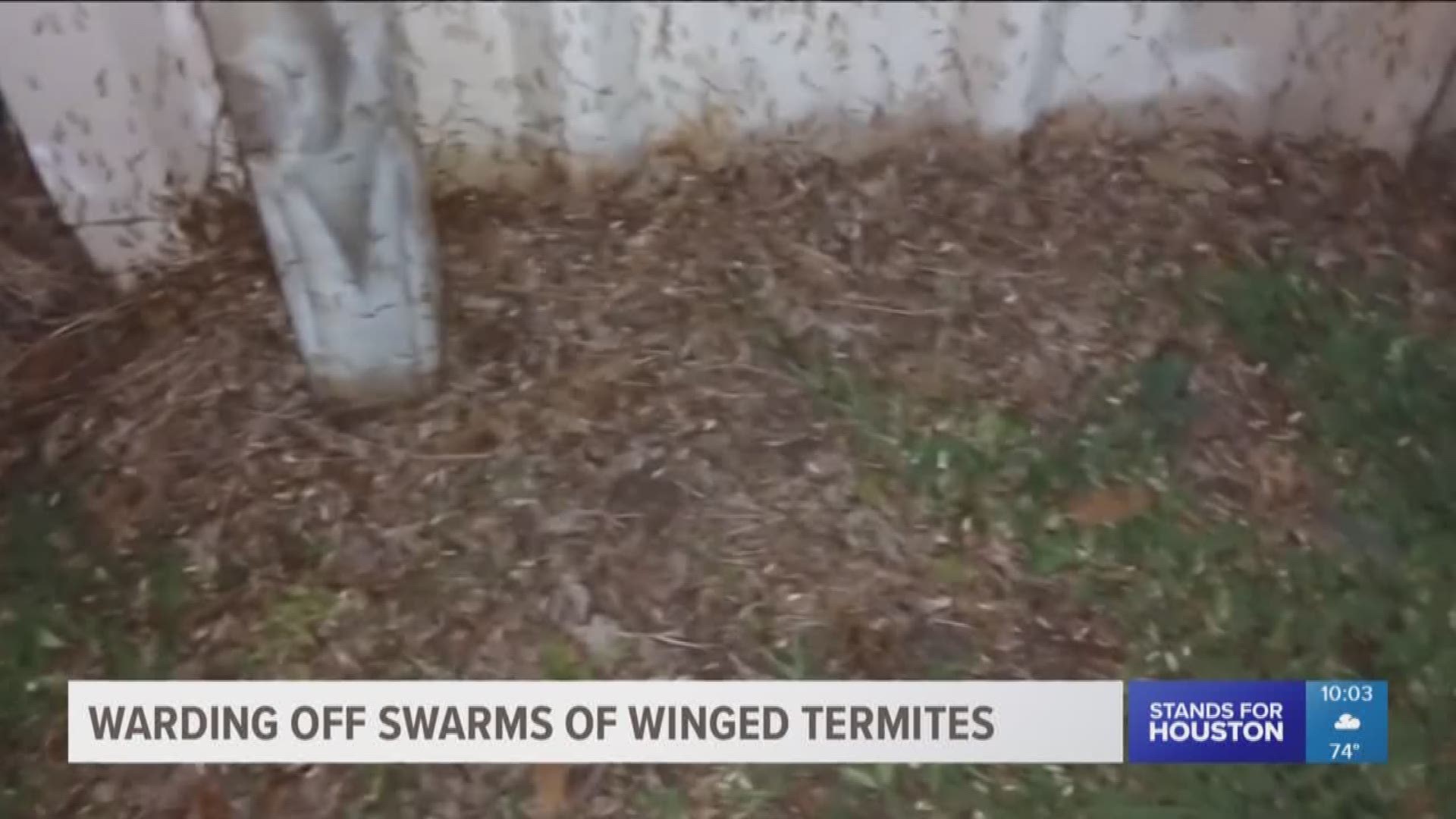 HOUSTON -- Swarms of winged bugs seem to be invading neighborhoods from Houston’s Fifth Ward down to Baytown.

Springer says the Formosan Termite, which is not native to this country, swarms for a couple weeks around Mother’s Day every year.

It is not unusual for one colony to come with ten million termites.

“An average termite colony of this species can eat a complete two by four stud in 30 days,” said Springer.

Swarmers are drawn to light, and they could be a sign of a serious problem.

“Somewhere within a couple hundred feet of the house there’s at least one colony of these termites. It doesn’t mean you have them in your house, but it certainly means you need to pay attention,” said Springer.

Tammy Russell has gotten the message loud and clear.

“They’re really bad, so my termite guy is coming in a week,” said Russell.

“If you don’t want to have termites in your hair, in your clothes, under your clothes, anywhere else, you need to go inside and cut off the lights,” said Russell.

Coastal Exterminating is partnering with Texas A&M University to research chemicals and methods of treatment for Formosan Termites.

If you think there are Formosan Termites on your property, you may qualify for free treatment as part of the study.

For more information on the study, contact Coastal Exterminating.