Overnight storms forced a ground-stop at IAH leading to any flights either being cancelled or delayed. HOUSTON — Hundreds of travelers at Bush Intercontinental Airport were left stranded after their flights were cancelled or delayed due to heavy storms moving through Southeast Texas overnight.

The storms caused a late-night ground stop leading to travelers either missing their flights or not having one at all. Many were left stuck without transportation, lodging, or even their luggage.

One woman we met at the airport Monday said she and her grandchildren's flight to Orlando was cancelled. Cynthia Mayes said they were all going on a cruise together as one last trip to make memories before she begins chemotherapy.

She said the last few weeks have been tough with her cancer diagnosis but she stayed positive Monday, "We were really looking forward to this. But it'll work out right? We are going to get on standby and have some fun memories."

United Airlines said travelers can change their flights at no cost but it's too late for the family to make the cruise. They were supposed to board the Carnival Cruise ship on Monday.

United told travelers on outbound flights that their baggage would be left on planes and that they could get them when they finally arrived at their destination.

Many travelers were reportedly stuck for hours on the tarmac waiting for the storms to pass before their flights ended up cancelled. Flights coming in also had to wait on the tarmac for an extended period of time before being allowed to head to terminals. Passengers coming into the airport were reportedly still waiting for their luggage at baggage claim and hundreds of unclaimed bags could be seen sitting in the carousels.

This all left travelers frustrated. 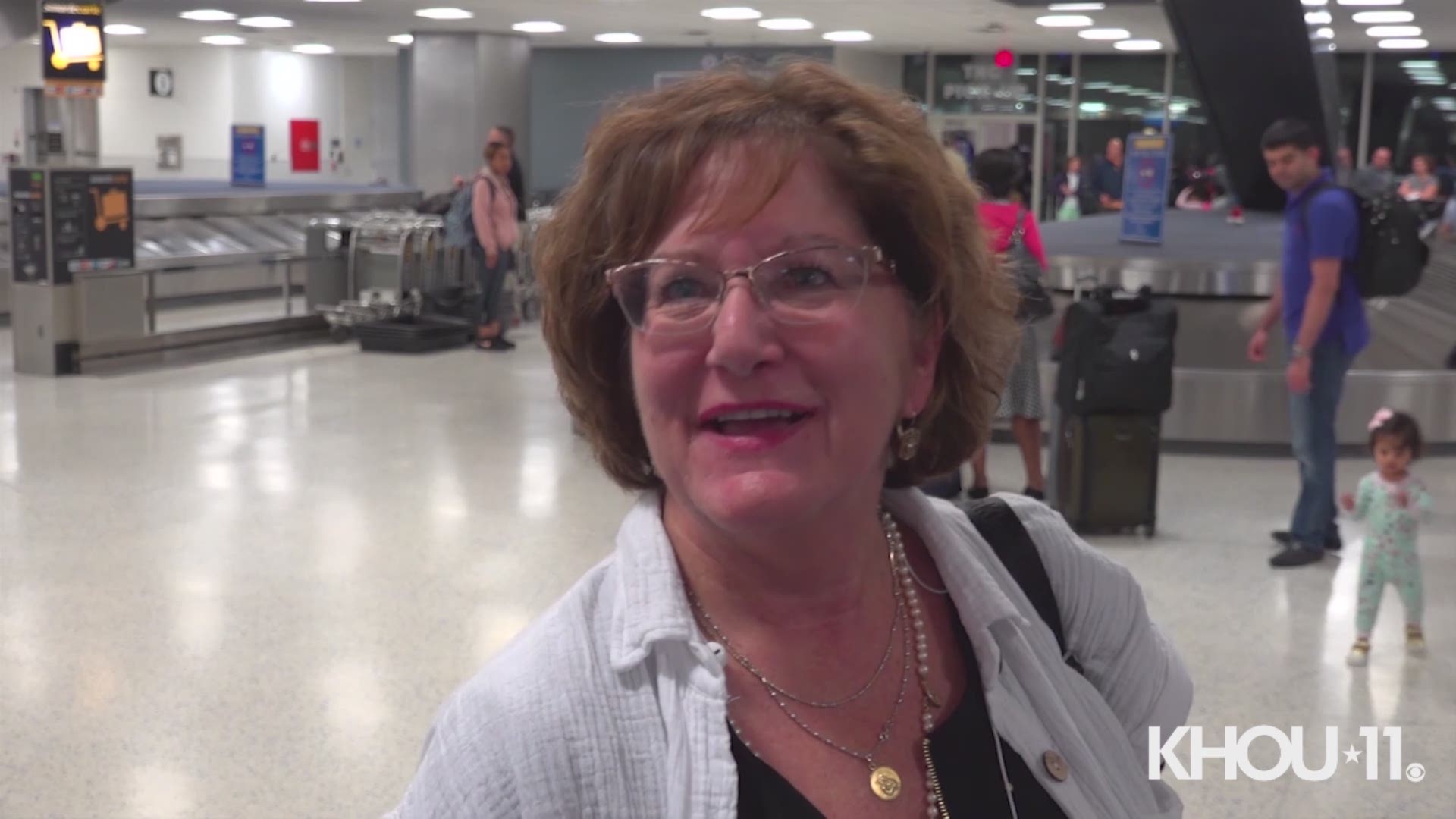 With any hope, things will start getting better as the day progresses, but it is not known for sure when that will happen.

"We continue to monitor the weather at George Bush Intercontinental Airport (IAH) and are working to get impacted customers to their destinations as quickly as possible. We’ve issued a travel waiver for those traveling today through IAH - customers can change their flight at no cost on our mobile app or by calling us. We encourage customers to visit our app or united.com for the latest information about their flight."

Airport officials say if you are traveling Monday morning to contact your airline for the most up-to-date information.