After cardiac arrest, U of M student gets help from dorm neighbor

Brett Bateman and Maddie Johnson had never met, despite living three doors from each other. That changed when Maddie suffered a medical emergency. 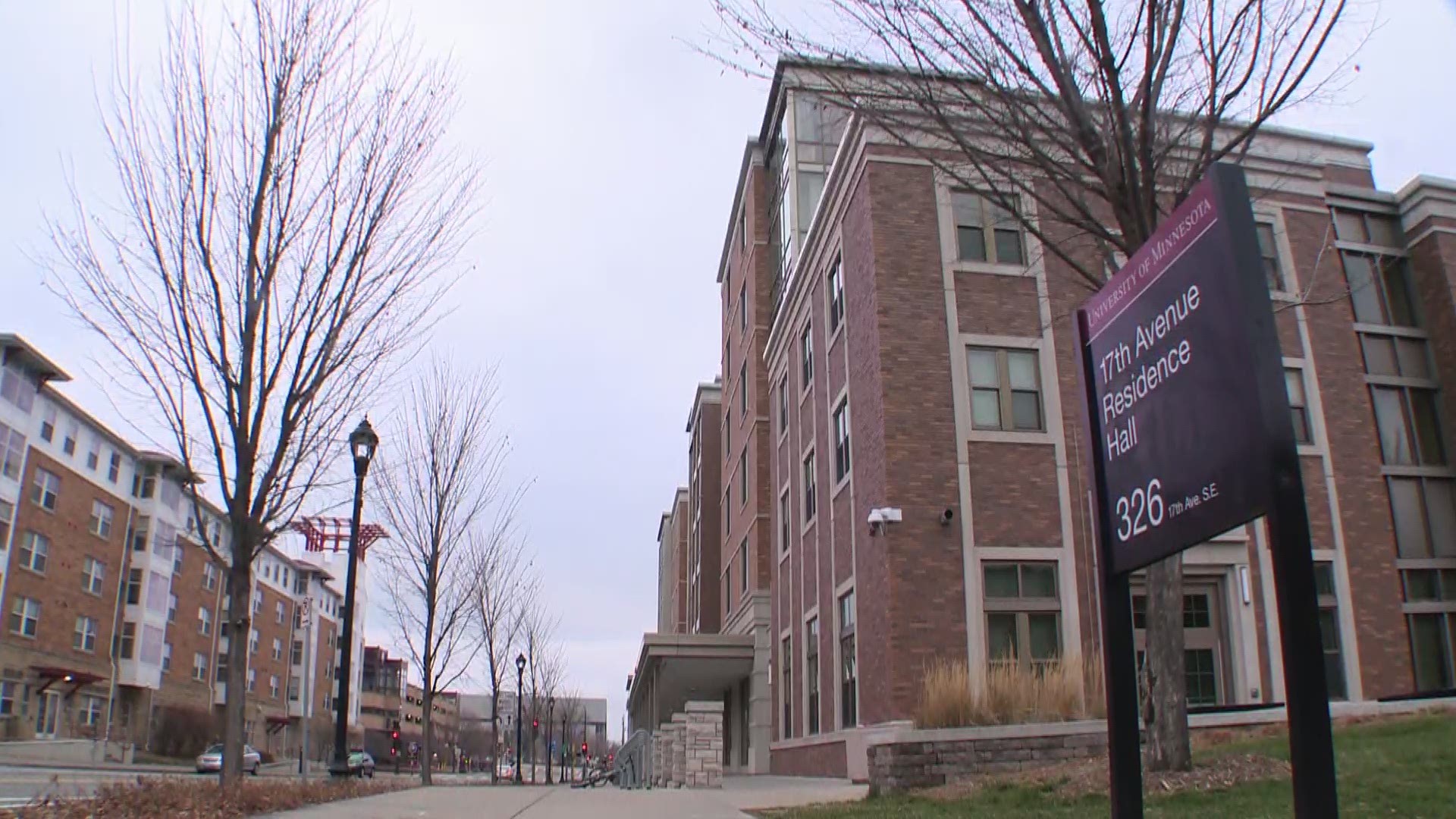 MINNEAPOLIS — During the age of COVID-19, freshmen in the 17th Avenue Residence Hall at the University of Minnesota haven’t been able to mingle very much.

“There’s still a bunch of people down the hall,” first-year baseball player Brett Bateman said, “that I don’t know.”

She lives three doors from Brett, on the same floor, but the two had never met – until the Wednesday morning of Nov. 4, almost two months after the start of the first semester.

Maddie woke up that day with shortness of breath and a somewhat irregular heartbeat. About a week earlier, she had also complained of some leg pain, prompting her to worry that she might have a genetic blood clot condition like her father. But none of it seemed especially serious.

It would become a major problem shortly after 11 a.m., when Maddie walked down the hall to fill up her water bottle in the common area.

“My vision just went black,” Maddie said. “And I collapsed to the ground.”

When she opened her eyes again, she saw Brett Bateman – technically her neighbor in the 17th Avenue Residence Hall, but in all reality, a stranger she knew nothing about.

Brett had been holed away in a study room, working online with a tutor, when he heard the thud caused by Maddie’s fall. Through the doors of the lounge room, he could see her on the ground.

“There was kind of an initial shock. It was a Wednesday. I would never expect this to happen, with 18-year-olds, 19-year-olds, in the lounge,” Brett said. “She was really pale. And I was like, ‘hello, are you OK?’ And she really wasn’t responding.”

Recalling lessons from high school health class, Brett told Maddie not to make abrupt motions, and he instructed others to keep her still. He called 911, stayed on the phone with the first responders, flagged down two others in the dorm to get help and then assisted paramedics so they knew where to find Maddie as quickly as possible. They rushed Maddie to Hennepin County Medical Center.

She was revived twice.

Maddie’s mom, Mechelle Malone, learned all of this when she arrived at HCMC.

“We were greeted by the head nurse and chaplain. I said, ‘what is going on?’” Malone said. “And they said ‘your daughter is very sick, she had a blood clot that went from her leg to her heart.”

Maddie had gone into cardiac arrest – but she received quick care because her dorm neighbors, including Brett, handled the situation with composure.

“For him to step up for a complete stranger and call 911, and help save my life along with medical staff [including paramedics and HCMC], was truly incredible,” Maddie said. “All those kids worked together to save someone they didn’t even know. That was really special to me.”

Mechelle echoed what a person with first-responder experience told her: “Brett did exactly, to the book, what he was supposed to do. And that saved Maddie’s life.”

When Mechelle saw her daughter in the hospital room at HCMC, her mind drifted back to 2018, when her own mother – Maddie’s grandmother – suffered a heart attack. On that day two years ago, Maddie saw the whole thing happen – and called 911, helping save her grandmother’s life.

Although Mechelle’s mom has since passed, she feels that life has truly come full circle.

“My mom up in heaven, I think my mom repaid the favor. So, today’s a great day to air this story, because we are very, very thankful,” Mechelle said during a Zoom call with KARE 11, sitting next to Maddie and joined remotely by Brett on his own computer.

During the interview, Mechelle did share one concern about emergency protocol, saying the U of M didn’t contact her right away about the emergency. (In general, the school says privacy laws prevent hospitals from sharing that kind of information, and there’s no requirement that paramedics inform the school of any emergencies to which they respond).

“When your daughter is lying in the ICU, in critical condition, and you don’t get a phone call as parents? It’s very disappointing,” Malone said. “I hope that there are changes.”

But mostly, the family is grateful – and they praised Brett for his role during the Zoom call, bringing in Maddie’s brother and father to say hello and thank you.

“You did!” Maddie’s mom responded.

Brett pointed out that he wasn’t the only one who helped, and that it was a team effort to get Maddie the medical attention she needed.

Still, it’s undeniable that his calmness and poise made a critical difference during the emergency.