An expert says the upscale Houston neighborhood is home to several colonies of Africanized bees. 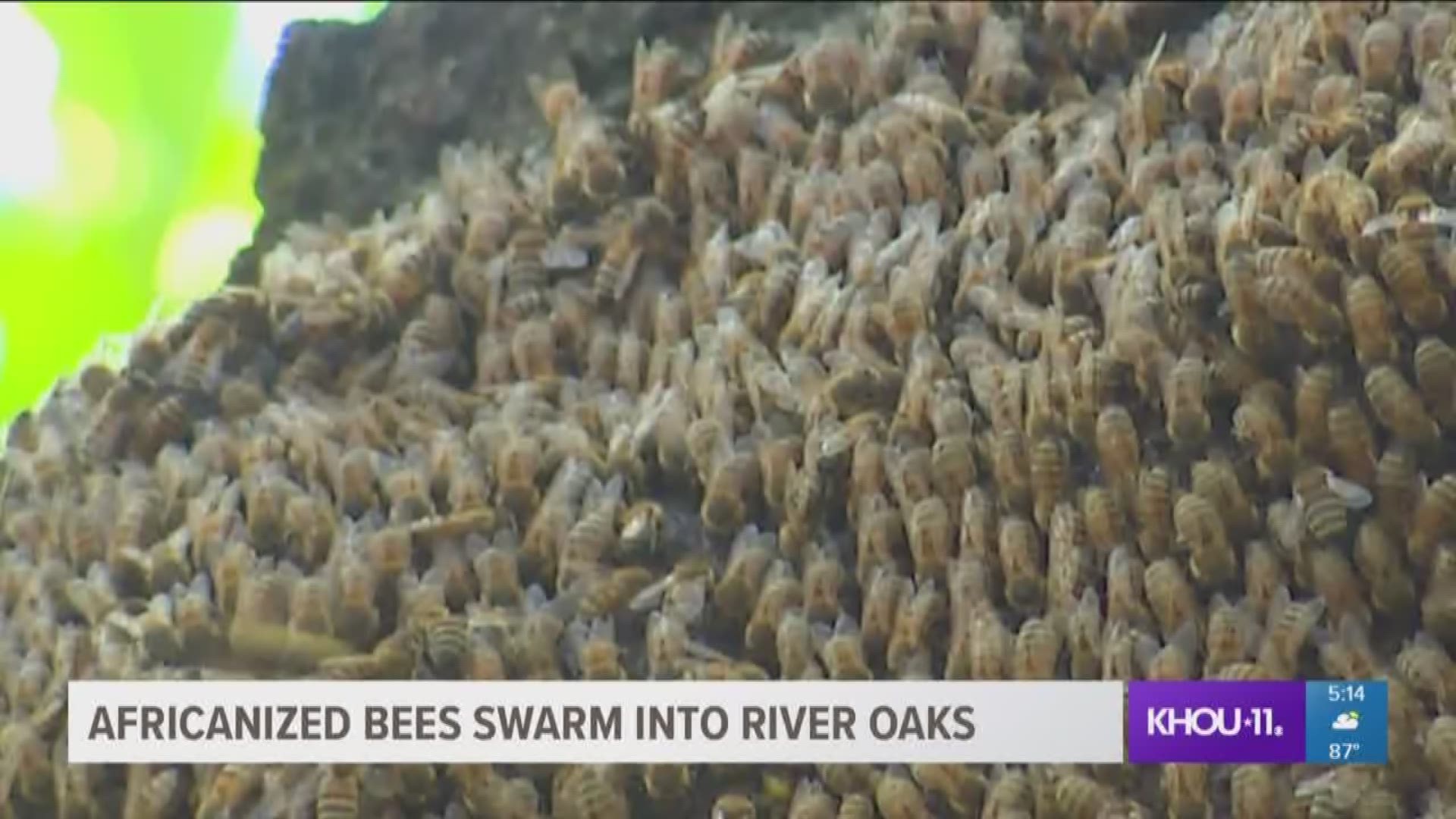 HOUSTON - Right in the middle of River Oaks, a tiny foe is posing a big problem.

"Everyone walks around here, so it's kind of scary to know that that's there," said Kathleen Zinn.

An expert says the upscale Houston neighborhood is home to several colonies of Africanized bees.

"They are everywhere in this town," said Claude Griffin, owner of Gotcha Pest Control.

There have been several calls in River Oaks this week alone. These bees are more aggressive than the average bee, and neighbors have been trying to avoid getting stung.

"A lady was just walking along the side, and she got swarmed by them and had to be taken away by ambulance with over 35 bee stings," Griffin said.

The 80,000-bee hive on Ella Lee has since been taken care of by two different pest control companies, but when one hive is neutralized, there's always another.

"This one is worse than that one," Griffin said.

The second hive is just two blocks away on Reba, high atop a tree in a family's front yard.

"You can see how many bees there are guarding the most beautiful queen you've seen in your life," Griffin said.

But this hive couldn't be taken down Thursday. It's larger and more dangerous. Griffin says neighbors need to be warned to stay away before starting this removal.

"I want this whole place completely on lock down when I take these bees out of this house," Griffin said.

Neighbors just want their streets and sidewalks back without the threat of a sting.

"It's a concern when you have kids riding their bikes," Zinn said. "There's not a sign on that tree. There's just pile-ons. It'll be a great relief."