Senate Bill 3 requires critical power generators to update their infrastructure to be resistant to extreme temperatures. 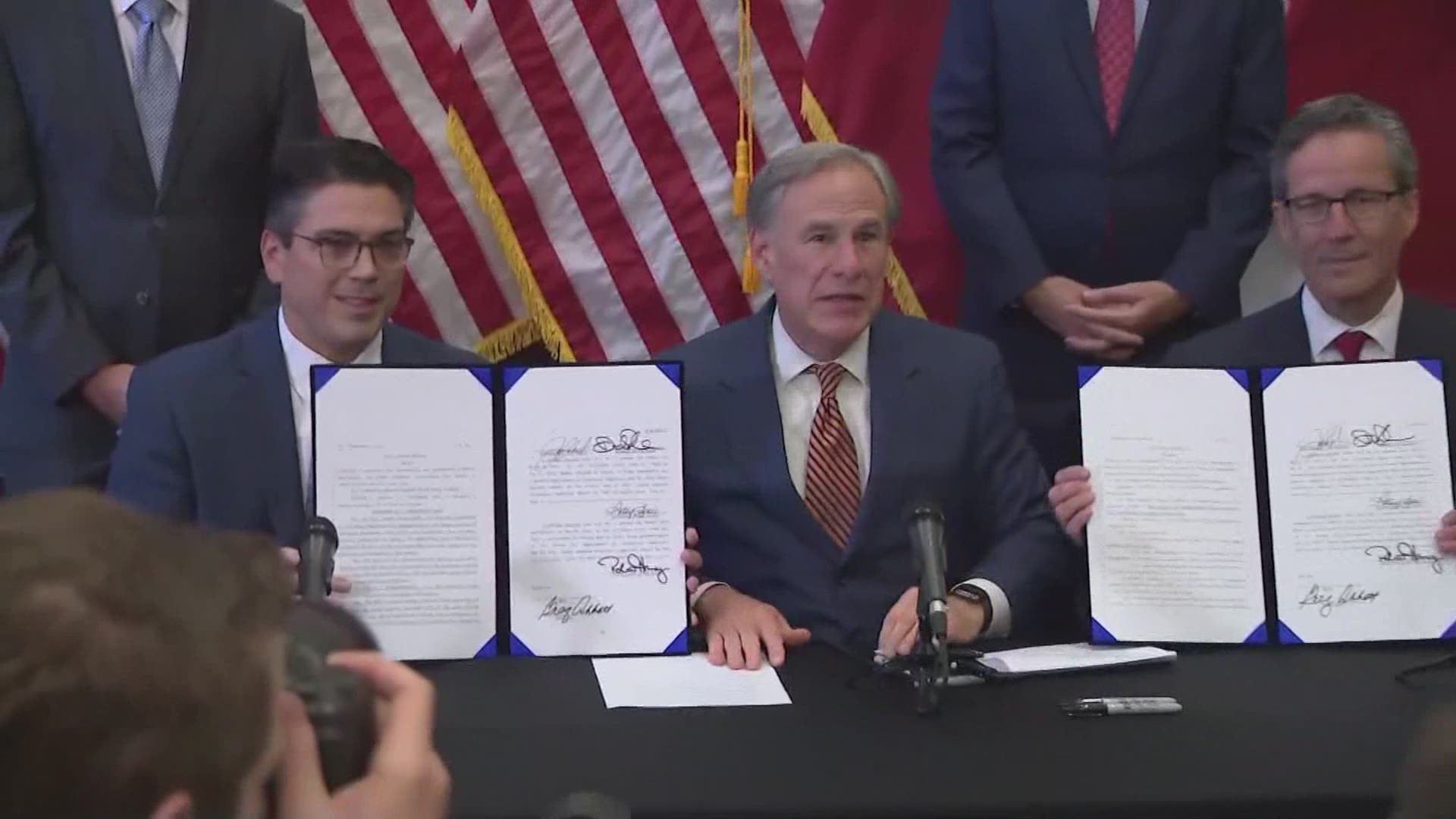 Senate Bill 2 changes the structure of the board for the Electric Reliability Council of Texas (ERCOT), the nonprofit that operates Texas’ electrical grid, so politicians appoint the majority of the members.

"There began to be some conflicts of interest, and so we blew it up, said state  Sen. Kelly Hancock (R-North Richland Hills) during a news conference at the State Capitol in Austin moments after the signing. “It is a completely independent board now."

"(Fines of) up to a million dollars a day on those incidents can add up pretty quickly, and so I'm very confident folks are going to comply,” said state Rep. Chris Paddie (R-Marshall).

Hirs, who is Energy Fellow at the University of Houston, also had concerns about Senate Bill 3.

Hirs wants to see a special session to address what he believes is the root cause of the grid problem.

Hirs says consumers will end up paying for the changes.