"He had a lot of broken ribs, a punctured lung, dehydrated. For him to still be alive, I just don't know." Texas Equusearch founder Tim Miller 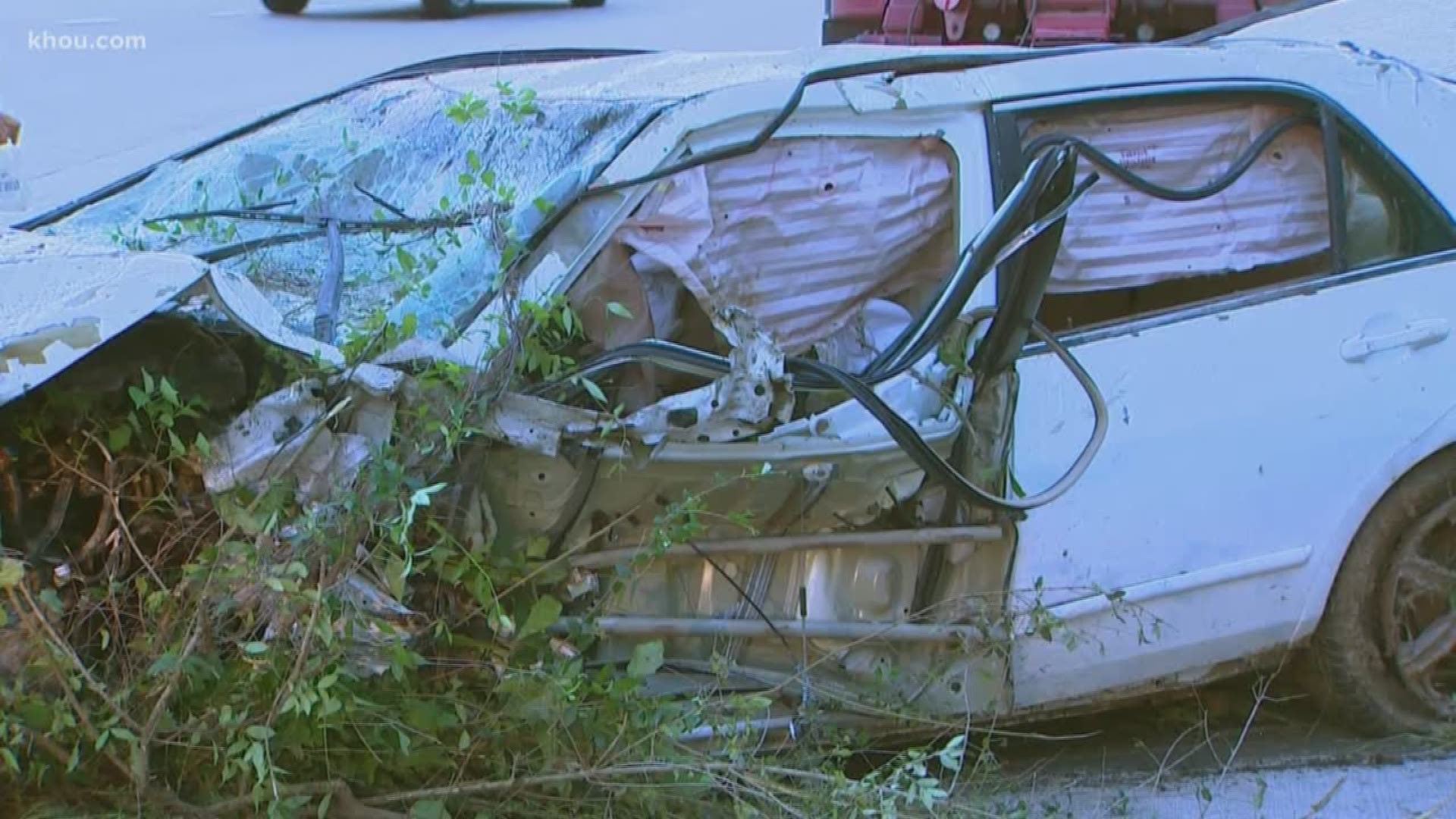 HOUSTON — A man who had last been seen at a downtown Houston bar on Wednesday was found alive Sunday afternoon outside of his wrecked vehicle.

Texas Equusearch had been looking for 32-year-old Jose Velazquez since he disappeared June 26. His family said Velazquez headed home but never made it from the bar on Main Street.

"We were getting a phone ping and it never moved so we figured he's got to be in the area," said TX Equusearch founder Tim Miller.

Equusearch worked with the Houston Police Department and on Sunday around 3:25 p.m., searchers found his wrecked 2007 four-door Honda Accord with Velazquez inside.

"He was alive, all you can say is it truly is a miracle," said Miller.

Miller says his search teams could not believe it. He was found 100 yards into the woods off of 242 and 1488 in the Woodlands.

"He had a lot of broken ribs, a punctured lung, dehydrated. For him to still be alive, I just don't know. But it doesn't happen everyday, I can tell you that," Miller said.

Equusearch says Velasquez was thrown from the car, but had enough strength to crawl back to it. He was leaning on the car when searchers found him.

"Thanks for finding me and he said to one of our searchers 'sorry that I smell'," said Thomas Murphy, the search coordinator Sunday morning. "He had his humor after all that."

Wreckers spent more than five hours pulling Velasquez's car out of the woods. When you see it up close, it's unreal he survived. He's recovering at Memorial Hermann Hospital in The Woodlands in serious condition.

"When the paramedics brought him out they all clapped and cheered," Murphy said. "He had a smile on his face when he saw his family and heard them talking to him."