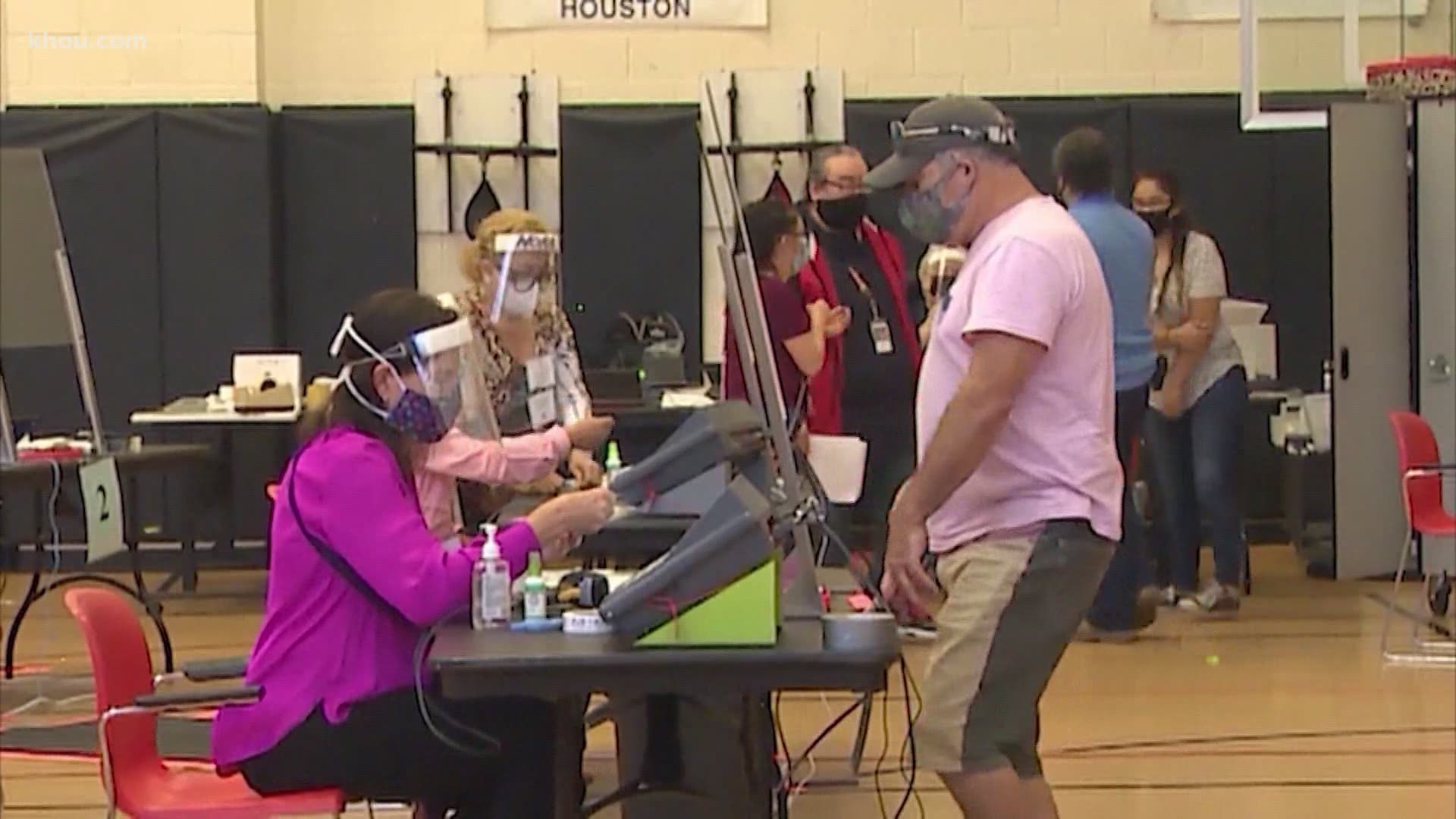 HOUSTON — The Harris County Clerk's Office has put the call out, and the community has responded. The Clerk's Office said they’ve received more than 11,000 applications for election workers.

And this particular milestone means she can finally vote.

“For this to be my first one, it feels like a huge responsibility, because it is," Savas said.

But come this election, Tasha’s doing way more than just casting her ballot. She’s a presiding judge for her polling location.

“I'm going to be at Lanier Middle School, which actually is my old middle school. I graduated there," Savas said. "I oversee staff, I hire staff, and everything that happens during the day is kind of what I observe over.”

The Harris County Clerk's Office has received more than 11,000 applications for election workers, and that’s about the number of people they’ll be hiring.

“A lot more people are now just kind of wanting to make sure that they are affording other people the opportunity to make sure their vote is heard," election worker Michael Ofuani said.

They forward those applicants to the parties who pick the judges. There are two judges for each poll: a presiding judge and an alternate, one from each party. And then the judges hire election clerks.

“I see that this is another time period where its definitely going to be critical making sure that people have an opportunity to vote," Ofuani said.

Starting pay is $17 an hour. And with 122 locations for early voting and 806 for Election Day, they’ll need a lot of people.