'A Common Thread:' How a business suit changed the lives of three women

Dress for Success Houston has served more than 40,000 women in the community since 1998. In this documentary, KHOU 11 News Anchor Mia Gradney shares how the organization empowers women to achieve economic independence with support, networking and a new suit. 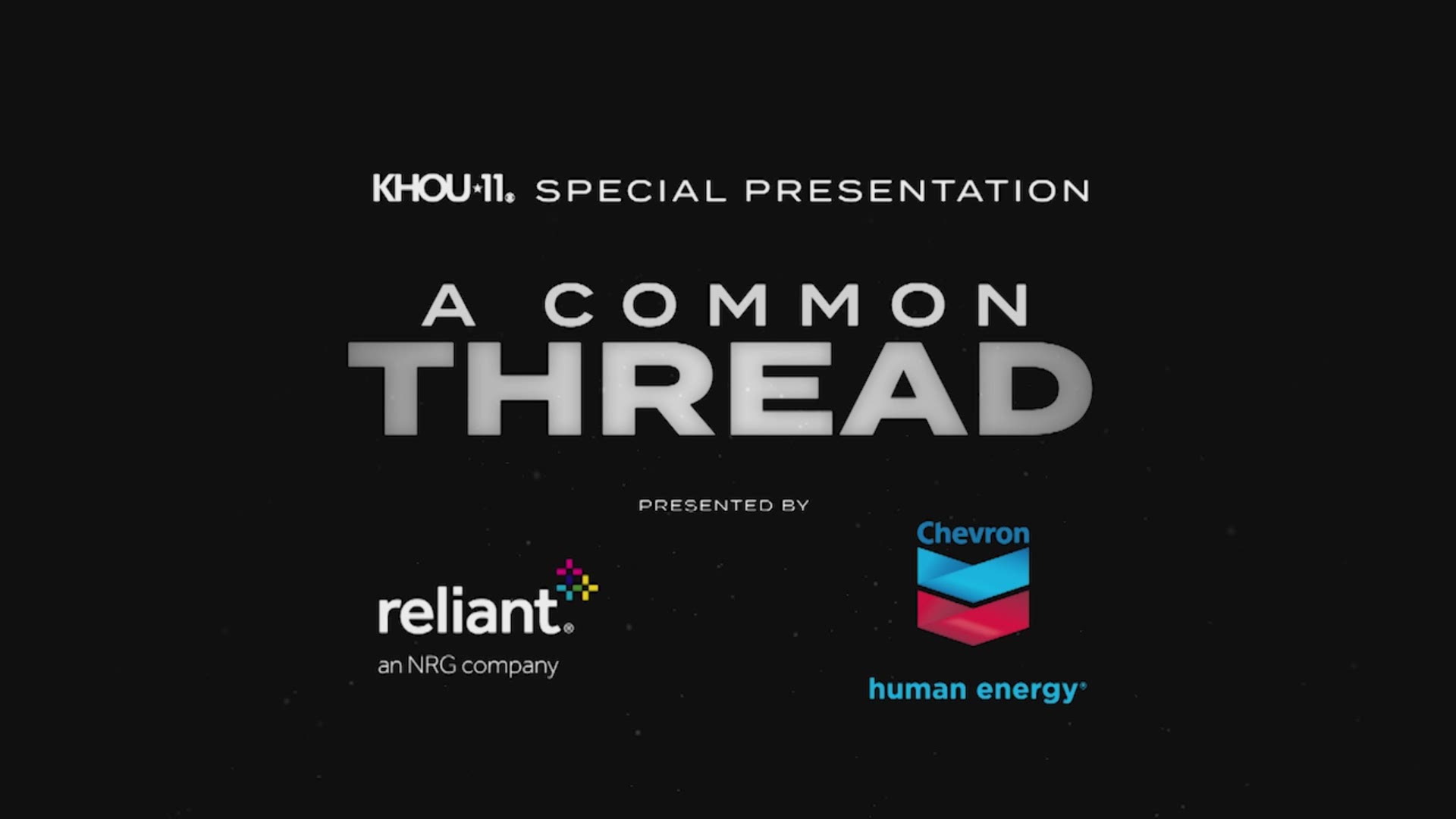 HOUSTON - In honor of Dress for Success Houston's 20th Anniversary, KHOU 11 presents "A Common Thread," a one-hour documentary film highlighting three remarkable women and their journeys beyond the suit and services they receive from the nonprofit organization empowering Houston women.

Since 1998, Dress for Success Houston has provided business attire, a much-needed boost of confidence, and job retention and career advancement services to more than 40,000 women in the Houston community, with new success stories emerging every day.

These are video clips of the women in our documentary.

Zeinab Kachmar allowed our cameras into her family's home to get to know her better. Zeinab is a strong-willed, entertaining and exceptionally bright young woman with a witty sense of humor and engaging personality.

The documentary team learned more about Zeinab's great attributes when they enjoyed a delicious Lebanese meal prepared with much love by her mother.

Zeinab was referred to Dress for Success Houston from The University of Houston Law Center.

Latisa Brown is a veteran and natural leader who is always smiling. She has excelled in the predominantly male field of information technology.

Her strong presence could be felt when our cameras were rolling to capture her opening shot set inside a server room.

She graduated from the University of Houston Law Center in May 2017, passed the bar in November 2017 and is now an Associate Attorney at Matias J. Adrogue PLLC.

Business professional Karma Laico is a single mom of five who has overcome a great deal of adversity to provide a stable and loving home for her family.

Following a difficult divorce Karma lost all off her possessions to Hurricane Harvey including her rental home in a neighborhood her family adored.

Karma attributes Dress for Success Houston for helping her get back on her feet and empowering her with the information and financial literacy she needed to buy a home of her own.

Lauren is president of Dress for Success Houston.

Photos: Behind-the-scenes during the filming of 'A Common Thread'

Photos: Behind-the-scenes during the filming of 'A Common Thread'

WATCH: 'A Common Thread:' The inspiring stories of how a business suit changed the lives of three women

Credit: KHOU
Latisa Brown, a veteran and natural leader, is always smiling. She's excelled in the predominantly male field of information technology. Her strong presence could be felt as our cameras rolled to capture her opening shot set inside a server room.

Credit: KHOU
Latisa Brown reflected deeply on her past challenges, hardships and heartaches as captured by the documentary production team in Downtown Houston.

On Tuesday, October 16, 2018, KHOU 11 anchor Mia Gradney spoke with 89.3 FM KSBJ Radio host Jen about the documentary and Dress for Success Houston. The radio interview with Gradney will air on Thursday and Friday.

1 / 10
KHOU 11 anchor Mia Gradney dropped in at KSBJ Radio on Tuesday, October 16, 2018 to talk about a special documentary airing on KHOU called "A Common Thread." 89.3 FM KSBJ Radio host Jen spoke with Mia about the project and Dress for Success Houston.