8-minute miracle: Doctors save gunshot victim with blood transfusion in the back of an ambulance

This is the story of a road rage incident, a dying man and the exceptionally rare procedure that saved his life. 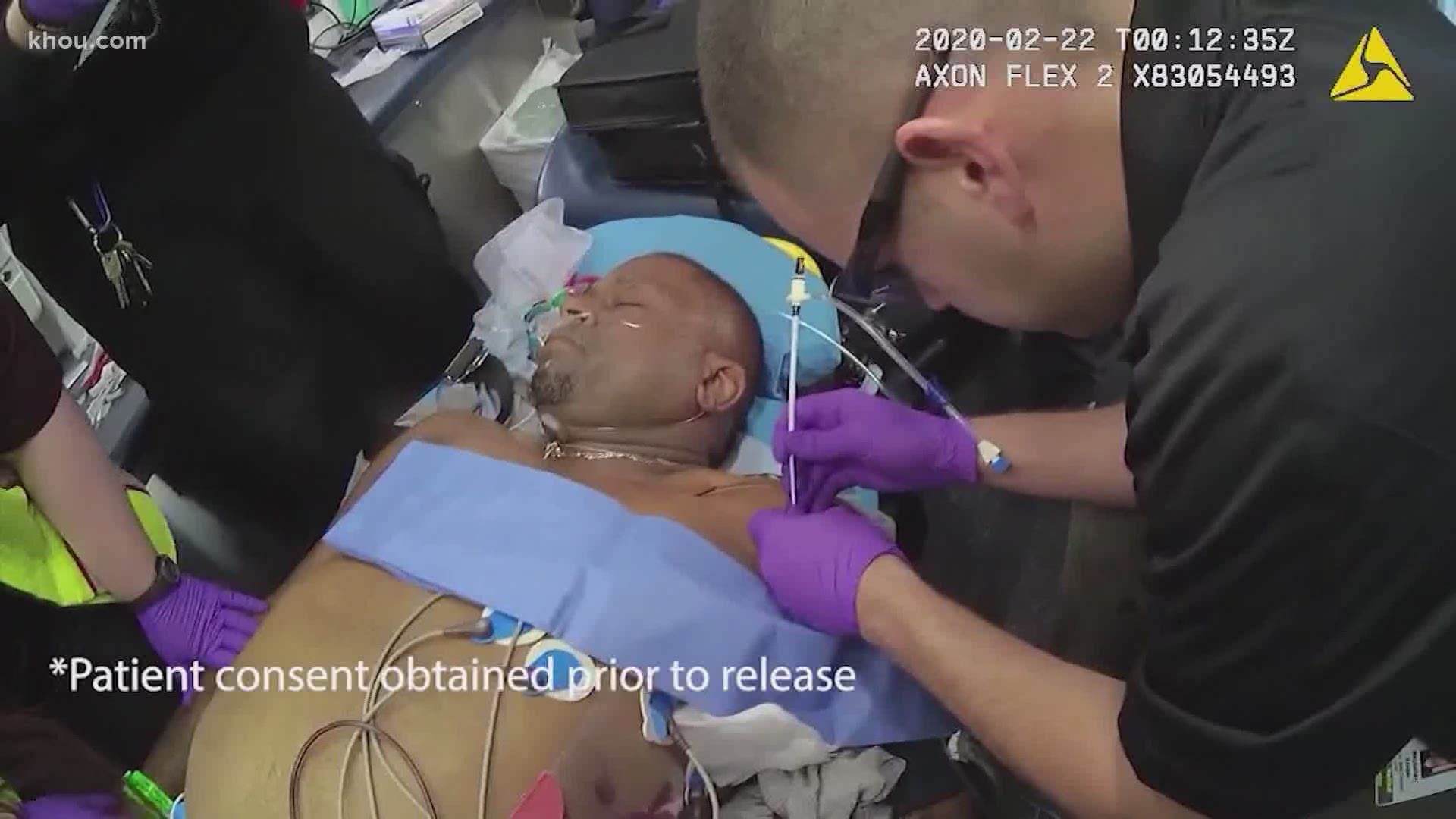 SPRING, Texas — It was the best, worst day of Verne Smith's life.

On February 22, a driver pulled up next to Smith’s vehicle in Spring, just off Aldine Westfield.

Smith looked over in time to see a woman recline her front passenger seat so the driver could fire a 12-gauge shotgun at him.

“I called my daughter because I didn’t know if I was going to make it. I started losing consciousness at the wheel and so I pulled over because I didn’t want to injure anyone else” Smith said Friday. “I said I’m just going to stop the car and sit here.”

The shotgun blast cut through Smith’s digestive tract, lodging pellets in his liver. He was bleeding out. And dying.

The next 8 minutes would be the difference between life and death.

The paramedics’ point-of-view cameras show Dr. Nicholas Studer using an innovative technique to perform a whole blood transfusion in the back of the ambulance. He inserted a catheter into a vein under Smith’s clavicle and transfused blood directly into his heart.

Studer is an army captain and flight surgeon who served in Egypt. He is part of a training program that shares battlefield medical experience with Cypress Creek EMS.

In another amazing stroke of luck, the "Lifeflight Scene to Operating Room" program was shooting that night.

From skids down at Spring Fire Station 74, to the first surgical incision at Memorial Hermann Hospital in the Texas Medical Center, it was a stunning 8 minutes.

Months later, Smith returned to Fire Station 74 to thank the team who saved his life.

“When something is going on that’s traumatic, it’s hard to think so I’m glad I had all of you guys to help think for me. I just didn’t know what to do,” Smith told them.

It wasn’t the first time they’ve seen Smith since that fateful night. His job brings him to the station on a regular basis in the battle against COVID-19.

“He services us every day sanitizing our stations so, for us to be able to do that for him is awesome and for us to get to see him frequently after he returned to work is even better,” Spring Fire Chief Scott Seifert said.