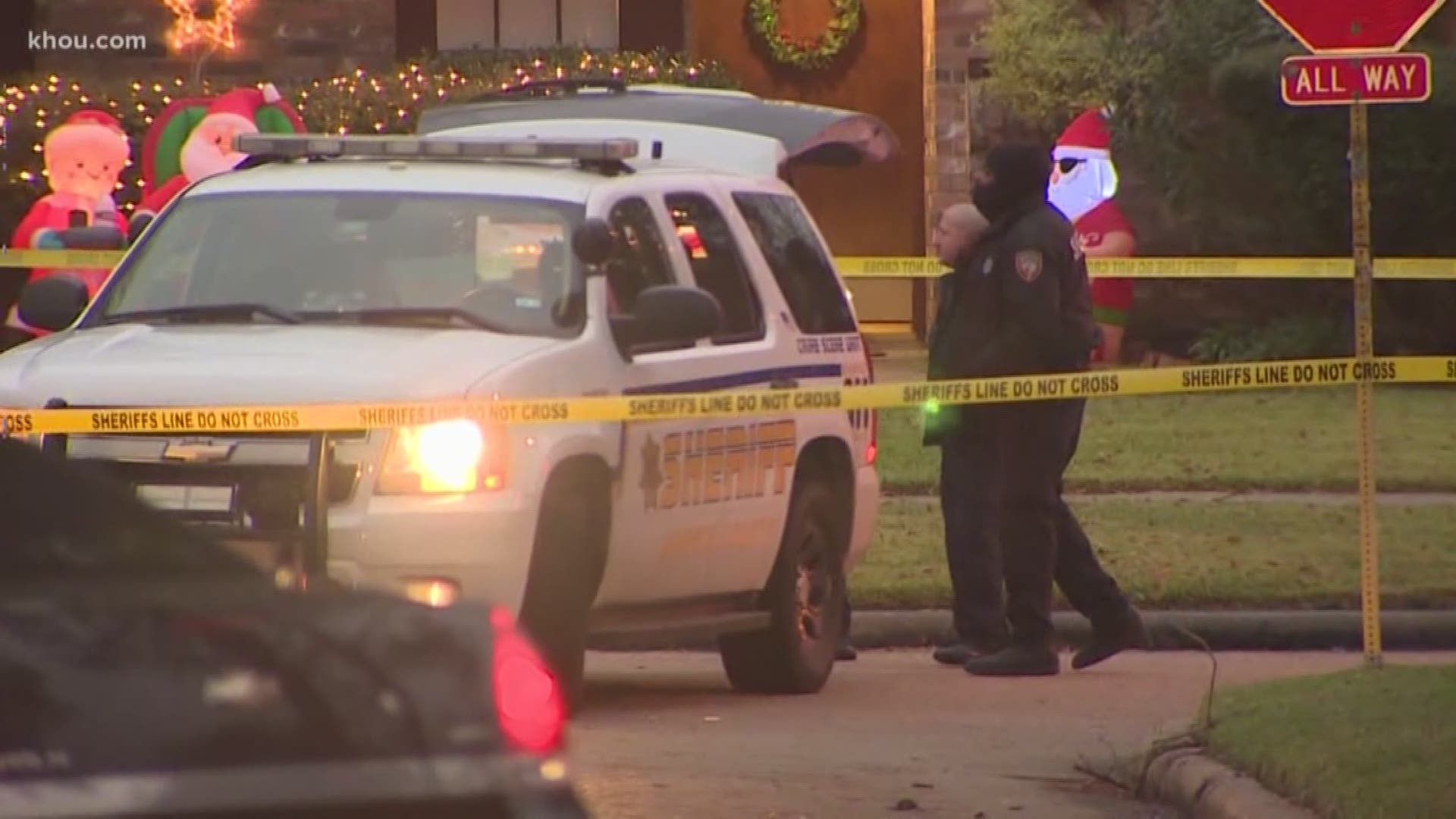 It happened near Fort Stanton and Little Bighorn in the Sundown subdivision.

“I was playing a (video) game and I heard something (that sounded like knocking),” Eddie Hruska, a neighbor said. “Initially, I thought it was a nail gun,” Carmouche said. “Then, I said no. A nail gun couldn’t shoot that fast. So I figured it was some gunshots.”

“I grabbed my pistol and I had it in my hand and I looked out the peep hole first,” Hruska said. “Then I walked around and looked out each window to see if I could see anything out there.”

“I heard this car haul just right by our street and so I knew it was some kind of drive-by shooting,” another neighbor said.

Harris County Sheriff deputies said a shooter in a vehicle fired bullets into a white Cadillac Escalade. Gunfire hit a seven-year-old in his back.

Those in the SUV drove the boy to a hospital nearby where he rode LifeFlight for treatment in the Texas Medical Center.

Investigators did not name a motive or give suspect descriptions. However, the victim will recover, authorities.

“Was it an accident or was somebody trying to get him?” Hruska asked.

Update on Big Horn shooting: 7 year old will pull through.