Dylan’s teachers even made a donation, and he reached his goal of 50 blessing bags to pass out Thanksgving morning. 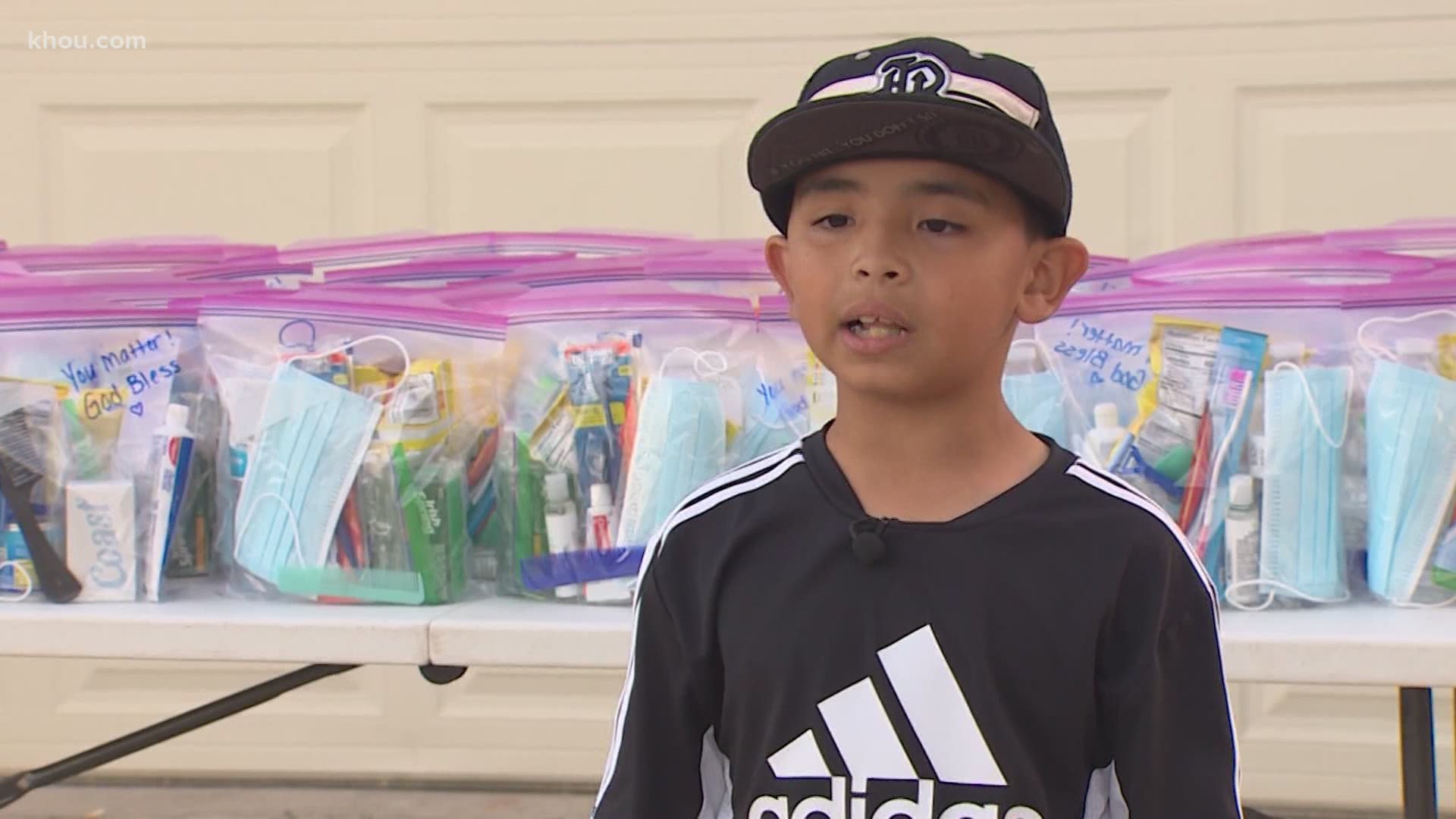 HOUSTON — It’s a simple idea that came from the heart of a 7-year-old boy.

“Because God made me like that," said Dylan Virtudazo.

When the pandemic canceled his birthday party in August, he got cash instead.

“My grandma and everybody gave me money for my birthday, and I didn’t know what to use it on, and I just thought use it for the homeless," he said.

Dylan would often look out his family’s car window and wonder how he could help.

“Sometimes we will be going somewhere, and I keep seeing a lot of homeless people,” he said.

"Two weeks ago, when the teacher asked the kids what are you going to do for Thanksgiving, he said he wanted to use his birthday money to feed the homeless," said Irwin Virtudazo, his father.

Dylan’s teachers even made a donation, and he reached his goal of 50 blessing bags to pass out Thanksgving morning.

“He could easily say I want a toy or a new bat or a new glove, but he didn’t ask for all of that. He just said he wanted to help the needy," his dad dad.

“Thanksgiving is a happy holiday for people and friends and families," Dylan said.

He wanted to bring that feeling to people living on the streets.

“I’m sorry what happened whatever happened to you, and I hope you try feeling better," he said.

The bags bear a simple message: "You matter, God Bless!" Powerful words from the heart of a child during a pandemic year that we can all learn from.