Mandatory evacuations are not underway in the City of Houston. 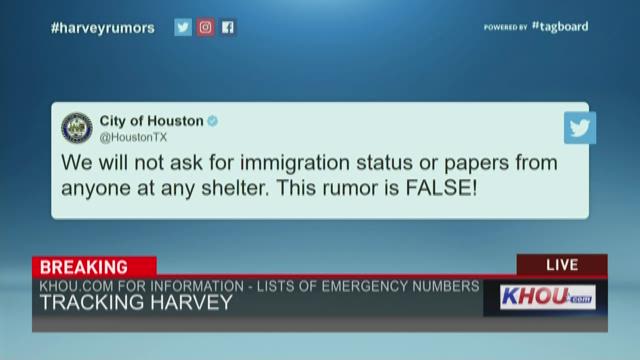 In an era where rumors can quickly spread via social media, it is important to separate fact from fiction, especially in a situation like the flooding from Harvey impacting Texas.

Here are 7 false rumors about Harvey:

RUMOR: The city of Houston was checking your immigration status before allowing you into a shelter.

FACT: The city tweeted Monday night that they are "not asking for immigration status or papers from anyone at any shelter."

We will not ask for immigration status or papers from anyone at any shelter. This rumor is FALSE!

RUMOR: Mandatory evacuations are underway in the City of Houston.

FACT: There are no evacuations in the city proper, the city's Office of Emergency Management emphasized. Several communities in Harris County and other areas do have mandatory and voluntary evacuations. You can find a complete list here.

RUMOR: Houston's water supply has been contaminated by flood waters.

FACT: Houston's water supply is safe to drink, despite flooding at one of the city's water plants.

RUMOR: You must file insurance claims by September 1 due to a change in Texas law.

FACT: Your normal insurance claims process has not changed. This rumor stems from House Bill 1774, which the Texas legislature passed to reduce the number of lawsuits against insurance companies. The law requires more detailed paperwork from attorneys before they can file a lawsuit against an insurance company and reduces the amount of penalty interest you can collect if you win. Texas Congressman Joaquin Castro is pushing for the legislature to go into special session and delay enforcement of the new law.

The Texas Legislature should be called into Special Session before September 1 to delay implementation of HB1774. #Harvey

RUMOR: The National Guard has an 800 number for you to call to get direct help.

FACT: While thousands of National Guard troops are helping assist with the flooding from Harvey, the number that's being posted on social sites is not for the guard. It is actually an insurance company. If you have a life-threatening emergency call 911.

RUMOR: Sharks were spotted swimming in the streets.

FACT: This is an old one. Social media sites post a photo claiming there is a shark.. and people fall for it. The photo below is not Houston and the shark is 'creatively edited' in.

Believe it or not, this is a shark on the freeway in Houston, Texas. #HurricaneHarvy pic.twitter.com/ANkEiEQ3Y6

RUMOR: The bridge at Fry and Saums roads near Katy has collapsed. 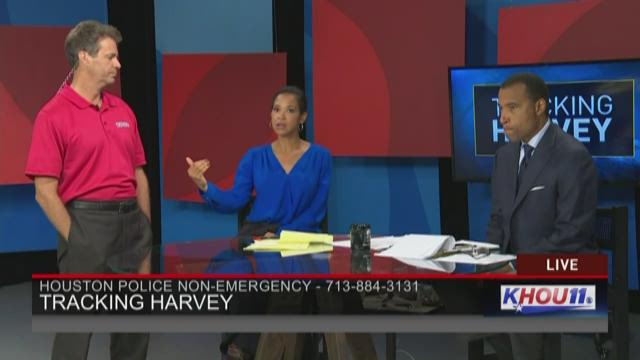