The complaints cite discrimination and retaliation under the Equal Employment Opportunity Act. 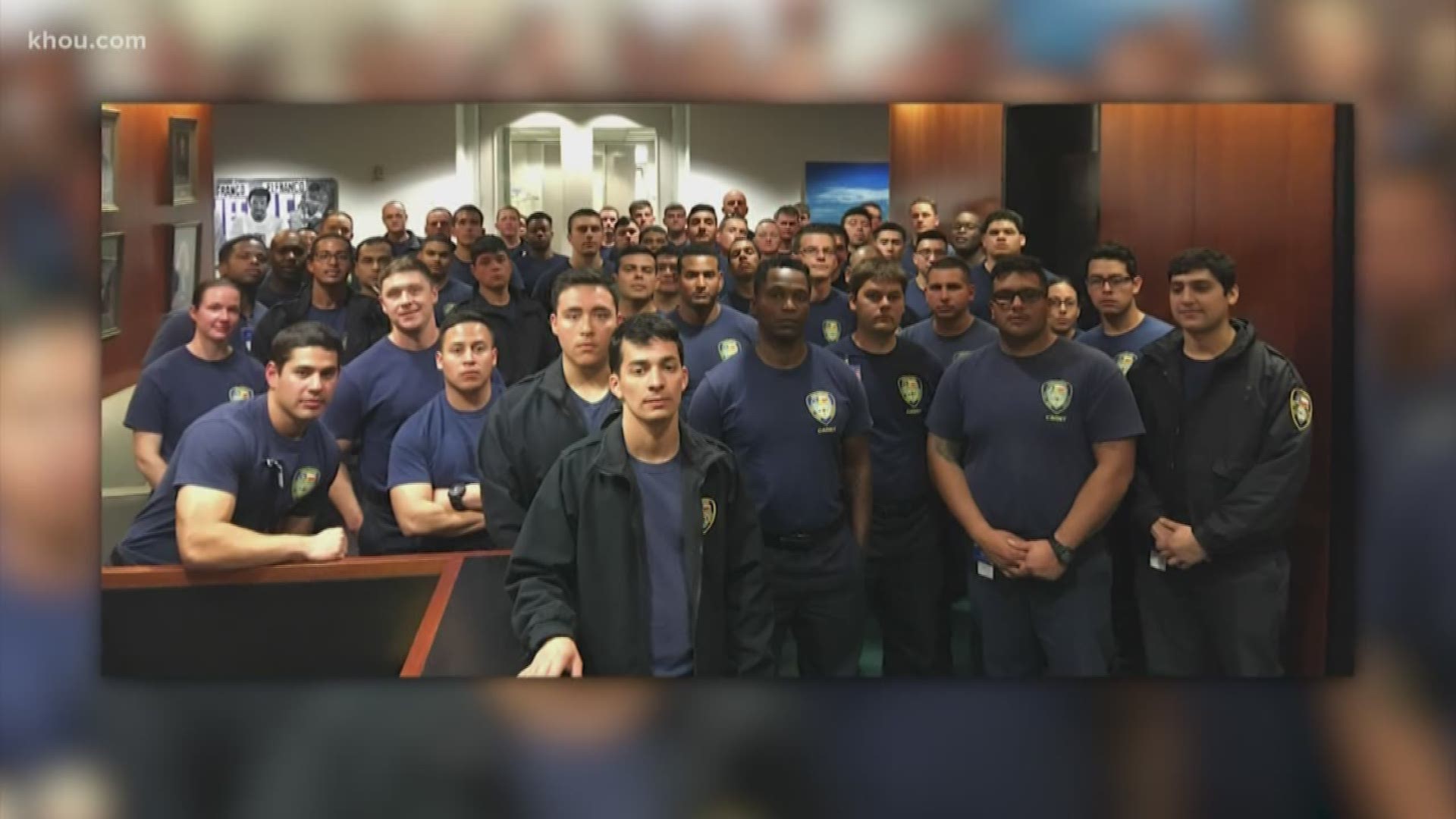 HOUSTON — Sixty-eight fire cadets who have not been sworn in as firefighters because of the pay parity controversy have filed complaints against Houston Mayor Sylvester Turner and Fire Chief Samuel Pena.

The complaints cite discrimination and retaliation under the Equal Employment Opportunity Act.

The dispute over Proposition B, which voters approved in November 2018, centers around raising firefighter salaries to be in line with their counterparts in the city's police department based on rank and seniority.

Turner has contended that Prop B was a bad financial move for the city, but that it would try to implement the law in phases while trying to contain costs and limit layoffs.

The mayor's office released a statement Thursday afternoon saying Turner was meeting with council members about Prop B implementation.

Turner said the employment decisions are based on the city's financial constraints. In a statement, Turner said he is trying to save the city from financial ruin posed by Prop B.

He called the cadets' complaints "theatrics."

"Complaints by fire cadets of discrimination and retaliation will be handled by the Office of Inspector General like any other complaint," the mayor's statement reads, in part. "But these theatrics are nothing more than a distraction and do not help us to solve real financial challenges. I am confident that people can see what the Fire Fighters Association is doing: It is ironic that at the same time that we were sitting down with Council Members to discuss the implementation of Prop B, this demonstration was being held.  Nevertheless, I remain focused on protecting the interest of this city, because there is simply too much at stake."