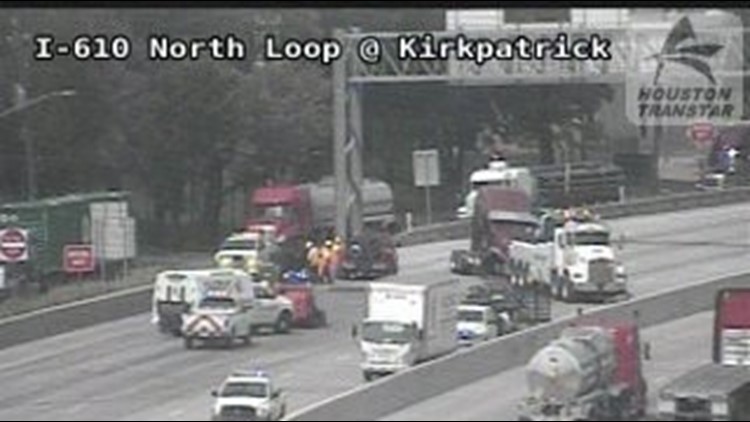 HOUSTON - The westbound and eastbound lanes on 610 North Loop at Homestead have reopened after they were shut down due to a hazmat spill Wednesday morning.

HPD tweeted around 8:30 a.m., the eastbound lanes would be shut down after the heavy truck accident led to a HAZMAT situation.

At 11:04 a.m., the department tweeted the westbound lanes would also be closed due to possible flammable fumes.

It's unclear at this time what caused the accident.

Due to possibility of flammable fumes, all WESTBOUND lanes are now being closed. Please avoid the area and take alternate routes. #houtraffic

At 12:15 p.m., Houston Transtar reported the scene was cleared.