6-year-old suffering from cancer suffers setback, but shows no signs of giving up

In Abigail’s body, cancer spread to her lungs where it is growing with no known treatment to stop it. 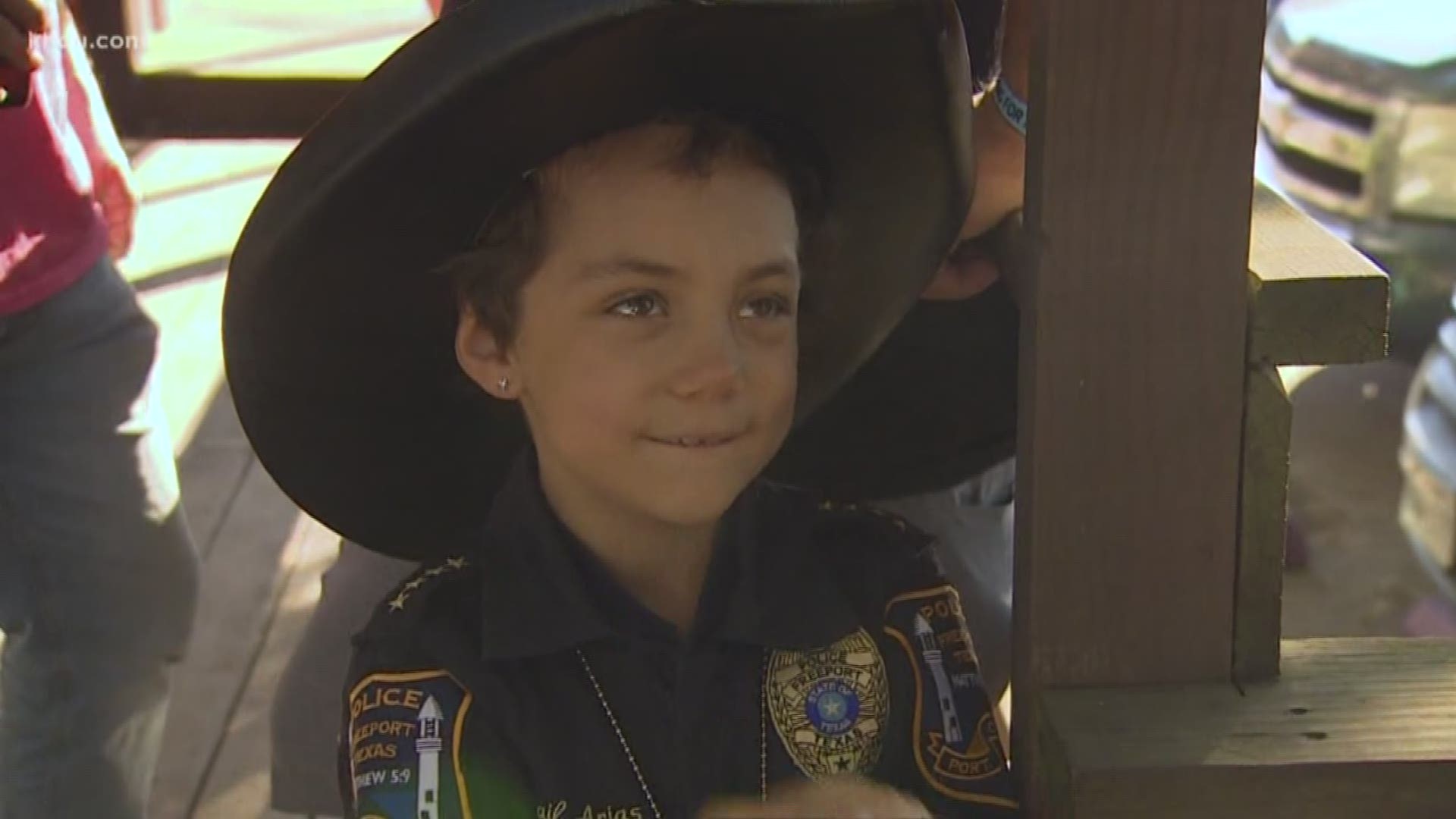 Cancer in both lungs doubled, in some spots, tripled in size.

Abigail was all smiles Thursday evening, though.

She even took a certain reporter’s microphone, put it in her dad’s face then hit him with the toughest question.

“How (do you) feel about the cancer,” she asked.

Two weeks ago, Rueben and wife Ilene took their daughter for scans of her lungs.

Two years of fighting, prayers and months of emotional tributes from people around the world had them feeling as though Abigail’s lung cancer caused by a Wilms tumor was fading.

“It was a punch to the gut,” Rueben Arias said.  “Of the whole two years that we’ve gone through that was the one that hit me the hardest so far.”

Compared to adult cancers, Wilms tumors are rare.  There are just 600 to 650 new cases a year in the United States.  It attacked the kidneys of children.  The median age of patients is three.

If caught early, survival rate is good, according to Murali Chintagunpala, a pediatric oncologist for Texas Children’s Hospital.  If not, it can become an aggressive killer.

In Abigail’s body, cancer spread to her lungs where it is growing with no known treatment to stop it.

Researchers at TCH and others are researching ways to help.

“I think all hands are on deck,” Dr. Chintagunpala said.  “Everybody is trying to do this, not only for this tumor, (but) for every childhood tumor.”

There is a funding gap, though.  Since 1980, less than 10 drugs have been developed for children with cancer, according to the National Pediatric Cancer Foundation.

“I don’t think that side should be business,” Ilene Arias said.  “I understand there is a money side of it.  But when I look at my daughter I don’t think business.  That’s the last thing on my mind.  She’s six.”

Abigail remains a star in her hometown.  Angleton’s Rotary Club invited her to its monthly meet-and-greet in order to give her hugs and donations.

All Abigail wants is time and people to know she enjoys every second she has left.

“I want people to know that I’m staying strong,” she said.  “I’m staying healthy and I’m trying to beat the bad guys.”