Abigail Arias was showered with gifts, including custom pink cowboy boots, when she was sworn in as a Texas Ranger by legislators in Austin. 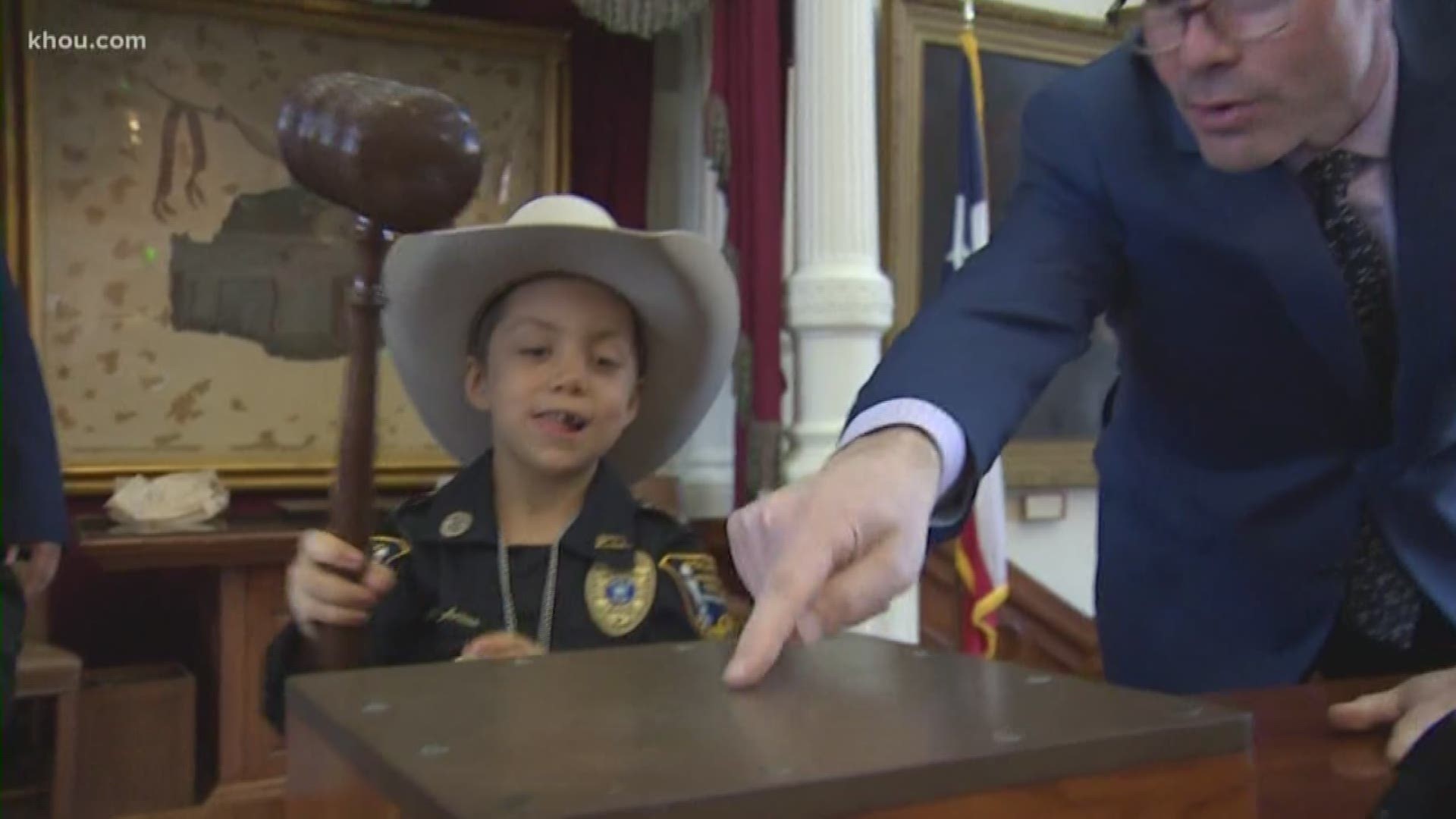 After being sworn in, Arias was anxious to write tickets. She settled, though, for handcuffing her first boss, Freeport PD Chief Ray Garivey. He kissed her cheek and hugged her almost as hard as he cried two and a half weeks ago.

That day Chief Garivey swore in the 6-year-old fighting lung cancer with no known cure to deliver her dream: becoming an officer and catching bad guys, especially those in her body.

“I have a 4-year-old and she wants to be like you when she grows up,” one lawmaker told Arias.

The office of House Speaker Dennis Bonnen of Angleton showered the family with gifts, which included custom pink boots with the Texas Ranger logo stitched on the front.

Speaker Bonnen allowed Abigail and her brother Ethan to swing the gavel. Arias even took it home as a souvenir. Bonnen said it was one of his most memorable days in the state House.

“In 20 years, the top,” he said. “Getting to do things for kids like Abigail is special."

In a 145-0 vote, members of the House voted in favor of Arias becoming a Ranger. She was giving a badge, an official Texas Ranger hat and proclamation proving that she is an honorary member.

“The hardest part is getting all of this stuff back and fighting the bad guys in my lungs,” Arias said.

Cancer remains a real threat. It is why her smile is hard to forget for officers. She is an inspiration to many who insist Abigail is as tough as they get.