It's called the golden anniversary, and on Sunday, dozens of couples celebrated and renewed their vows during a mass in Houston. 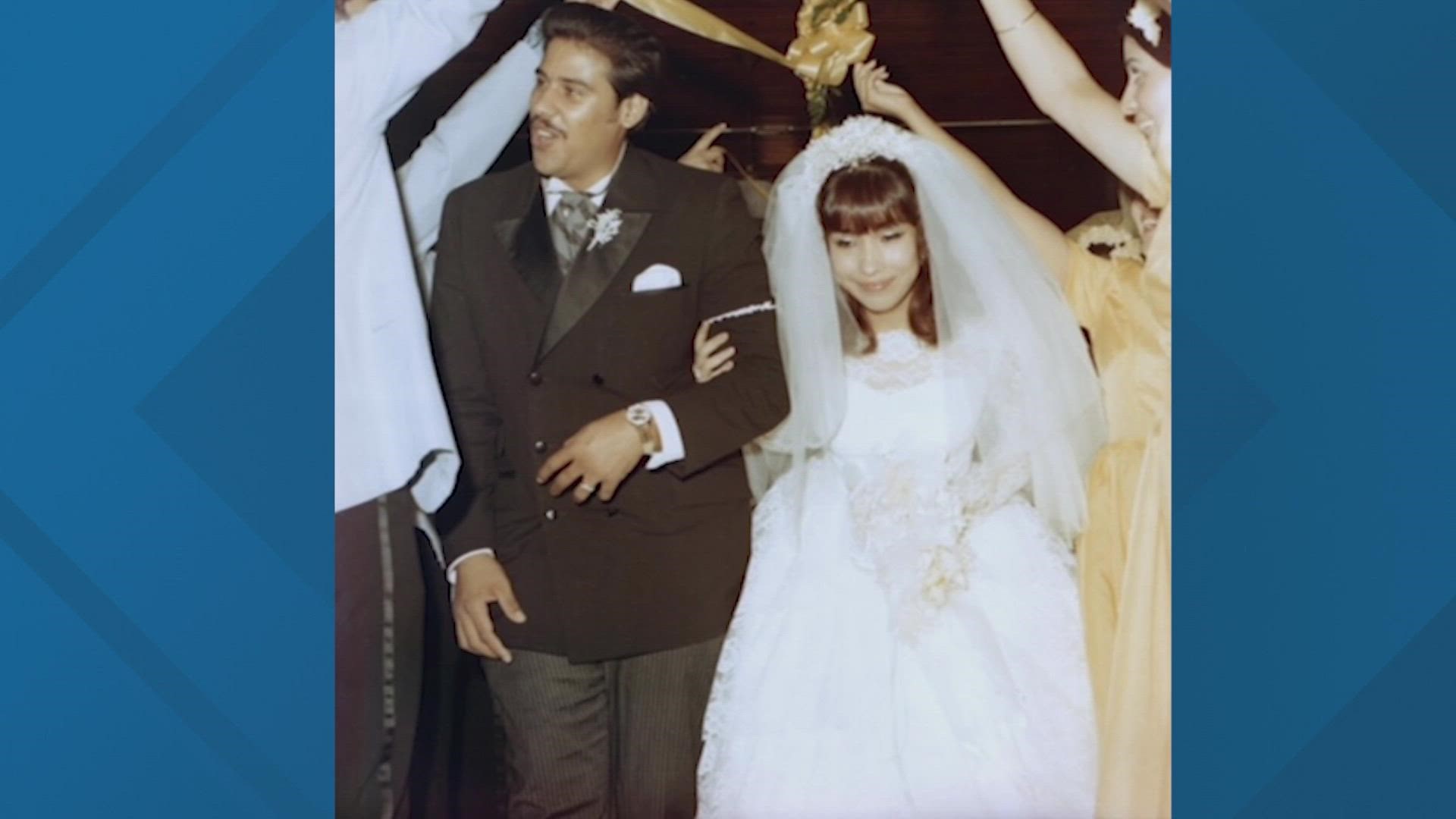 HOUSTON — It was a special moment for many couples Sunday as they celebrated a special milestone.

The brides and grooms have been together for five decades.

"Before you know it, it's already here. Fifty years," Philip Suarez said.

For Philip and Linda Suarez, Sunday's mass was a chance to relive their love story.

They were pen pals while Philip Suarez served in the war. They met in person when he came back and got married. It was love at first sight.

"Beautiful, I fell in love with her right off," Philip Suarez said.

They weren't the only couple who met after serving in the Vietnam War.

"I serviced her car, at that time," Albert Benavides said.

And the Benavides knew they were meant for each other.

"We got along really well. I could tell we had something in common," Albert Benavides said.

On Sunday, in front of God, their family and their friends, the couples renewed their vows.

But making it through half a century is easier said than done, so what’s their secret?

"It’s a big commitment. You have to be committed to each other and be loyal," Linda Suarez said.

"It’s 50/50. Communication has got to be there," Albert Benavides said.

But if you really want to live 50 years in marital bliss, they say…

"Obey your wife ... who is right all the time," Albert and Carmen Benavides said.