When the project is all set and done Mayor Turner said 80 percent of Houstonians will be close to some sort of bike infrastructure. 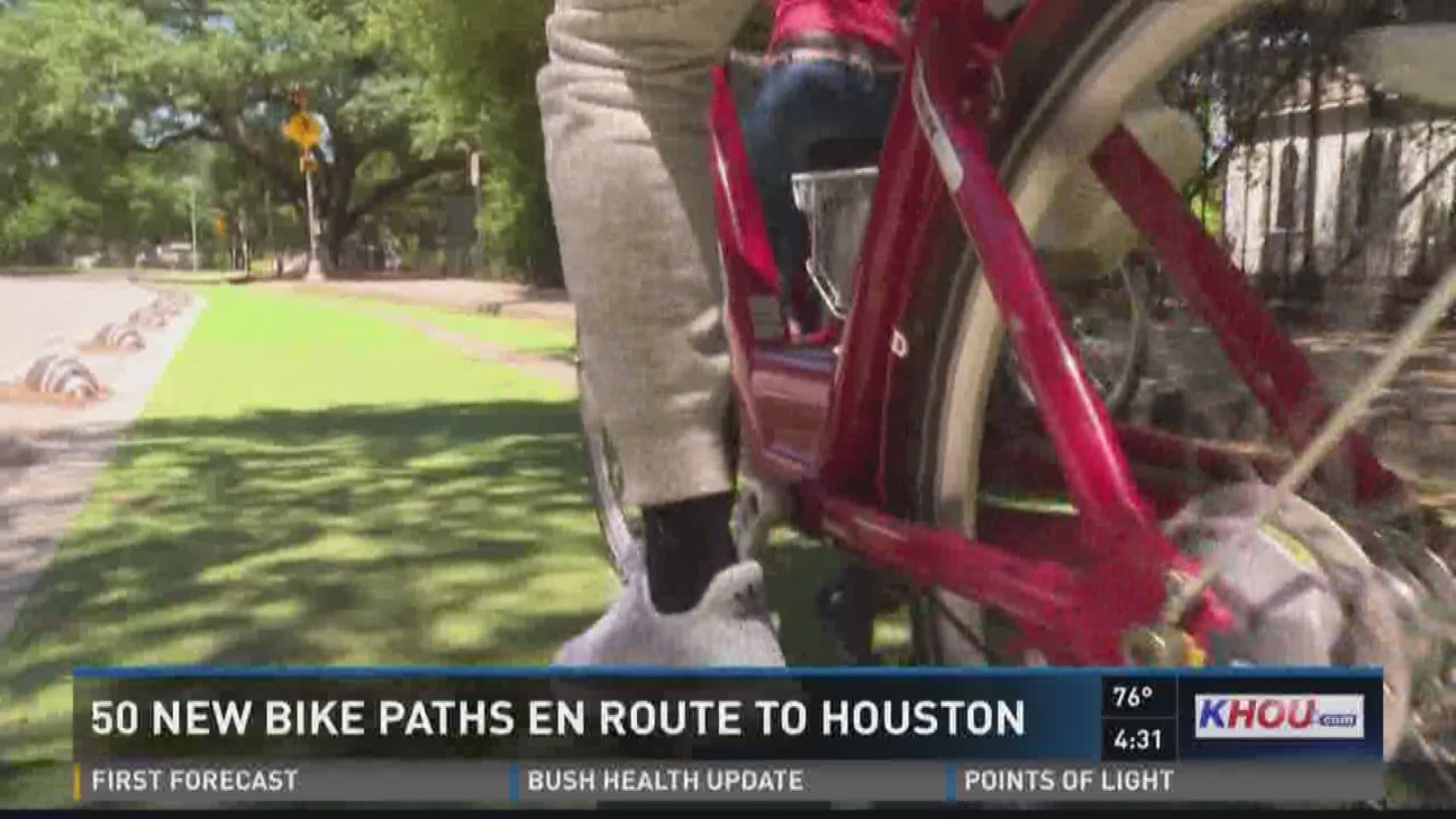 Houston — Bicyclists and pedestrians in Houston will soon have better and safer options to get around the sprawling city.

It’s all part of new push by city and county leaders to make Space City a national leader in urban mobility.

They’re calling it one of their most ambitious projects to date.

Houston Mayor Sylvester Turner said the goal is to build 50 miles of new bike paths in the next 12 months to make streets safer for bicyclists and pedestrians.

Ellis said the plan would make Houston a national leader in urban mobility.

For instance, like many in Houston Christian Cager and his friends believe riding bikes is the perfect way to explore the city.

“We actually came to walk and kind of sight see but I think biking was really the best bet for us,” Cager said.

Others like Jeannette Cayea haven't thought about riding bikes as a mode of transportation.

For now she thinks the best route to take is on foot.

“My reservation is cars, traffic,” Cayea said. “Even though the green bicycle sign is there, the light is there still it’s a left turn on red is legal from one way to one way and so you have to be very cautious that somebody is not making that left turn.”

Ellis committed a one year $10 million contribution to enhance and improve city streets in his precinct.

Improvements would include new bike lanes and high visibility crosswalks.

Ellis said, “These improvements will help to reduce opportunities for pedestrians to avoid accidents and fatalities.”

According to the Houston-Galveston Area Council the number of bicycle and pedestrian-involved crashes, injuries and fatalities have gone up since 2012.

The report states 54 percent of the accidents happened on city streets.

In addition to commissioner Ellis’ contribution, the city is committing $1.1 million for five years on similar improvements.

“This funding could result in over 50 miles of high comfort and bike lanes added to the city’s bike network,” Mayor Turner said.

“I think that would be a huge attraction to the downtown Houston area to be honest,” Cager said.

When the project is all set and done Mayor Turner said 80 percent of Houstonians will be close to some sort of bike infrastructure.