This flu season might be the worst in years. Here are 5 things you need to know about how serious it is and what you should do about it. 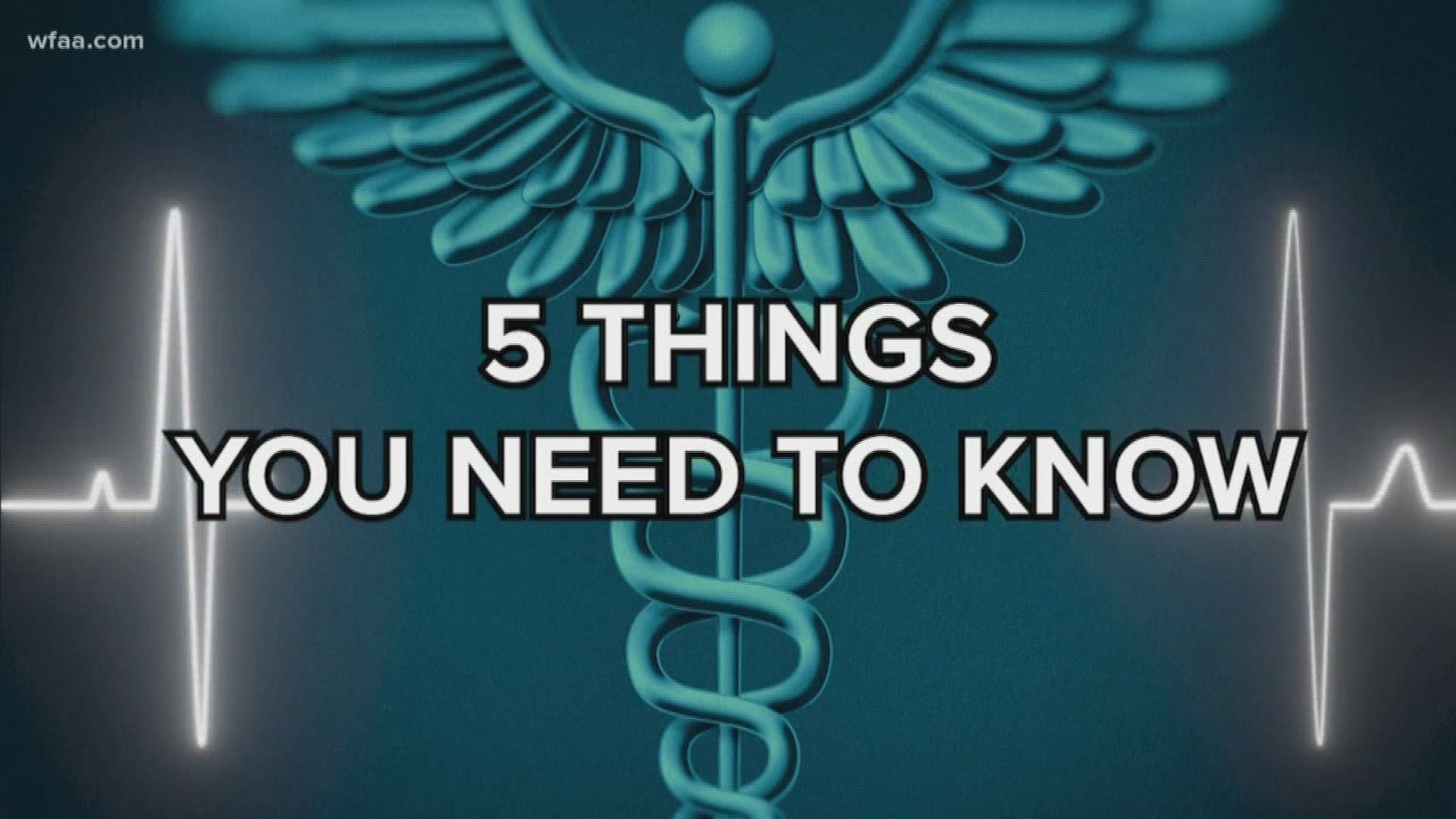 FORT WORTH, Texas — The 2019-2020 flu season could end up being the worst in years, officials are saying. Here are 5 things you need to know about how serious it is and what do about it.

Seven minors have died due to flu-like illnesses in Texas. Tarrant County alone has had two pediatric deaths. That’s the first time a minor has died from the flu in the county in five years, according to Russell Jones, chief epidemiologist at the Tarrant County Public Health Department.

The flu season usually starts in December. This year it began in November.

RELATED: Health advisory issued due to increase of flu cases in Dallas County

The week before Christmas saw as many flu-related patients at area hospitals than during a week-long span at last year’s peak, Jones said.

Researchers won’t be able to determine how good this year’s flu shot matches the virus until the end of the season by comparing the people who got the vaccine against people who got sick.

“The strains used for the flu shot are picked the previous spring, so it’s the best guess of the experts,” Jones said. “If they guess wrong, we have a problem.”

RELATED: Flu shot is less effective on people who are overweight, researchers say

You should get a flu shot anyway

It’s not too late to get a flu shot. It can lower your risk of getting sick, mitigate the symptoms and shorten the time you feel “sick.”

“At this point it can only help,” Jones said.  “It can’t hurt. In the years you have a good match you reduce your chances of getting it by a lot.  In the times when it’s not a great match you still reduce you risk.”

Click here to learn more about the flu from the CDC.

Click here to learn more about the flu in Texas.

Click here to learn more about the flu in Tarrant County.