KHOU 11 News spoke to one man who says he received nine inches of water inside his home. 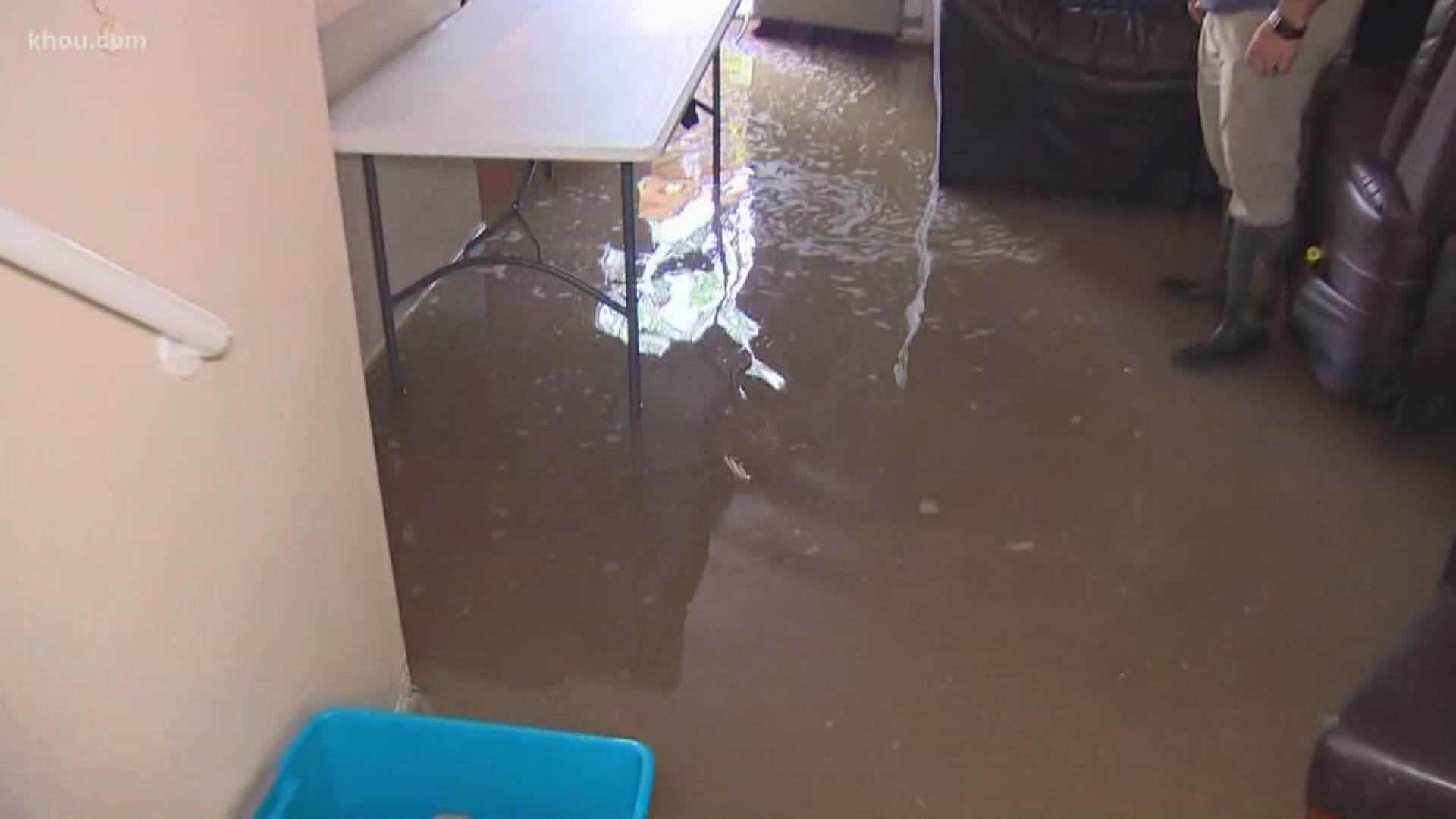 HOUSTON — Nearly 400 homes took on water from the Tuesday’s heavy rain in Kingwood, according to Houston firefighters.

The National Weather Service in Houston says the Kingwood area got has much as 10 inches of rain on Tuesday.

KHOU 11 News spoke to one man who says he received nine inches of water inside his home.

“I made it home just in time. It’s just nerve-wrecking,” he said. “I'm stressed out… it's just tough. I'm stressed out right now and tomorrow's hopefully going to bring a whole new light. But right now. I just don't know what to do.”

Luckily, no one was hurt.

Students at local area schools kept on campus late last night because there weren’t any safe routes for them to get home.

RELATED: Cleveland ISD and New Caney ISD both closed Wednesday due to flooding

Children at a Kingwood daycare were moved upstairs as a precaution after some water seeped in Tuesday afternoon.

"It never got above their toes," the director of Kids in Action Daycare told KHOU 11 News.

She said rumors that the water was waist-deep aren't true, and the children were safe.

"They are all fine, all upstairs eating snacks and watching movies," she said.

About 30 kids were still at the daycare because their parents haven't been able to pick them up.

Students at Kingwood and New Caney high schools were also safe and sheltering in place until parents came by to pick them up.

Roads Wednesday morning are not nearly as bad as they were Tuesday night.

On Hamblen, the road has been blocked off due to a sinkhole caused by the heavy rains.

At one point Houston police declared all roads in Kingwood impassable Tuesday night and urged people in the area to stay put.