DPS Troopers say an 18-wheeler slammed into two cars on the side of I-45 near mile maker 130. 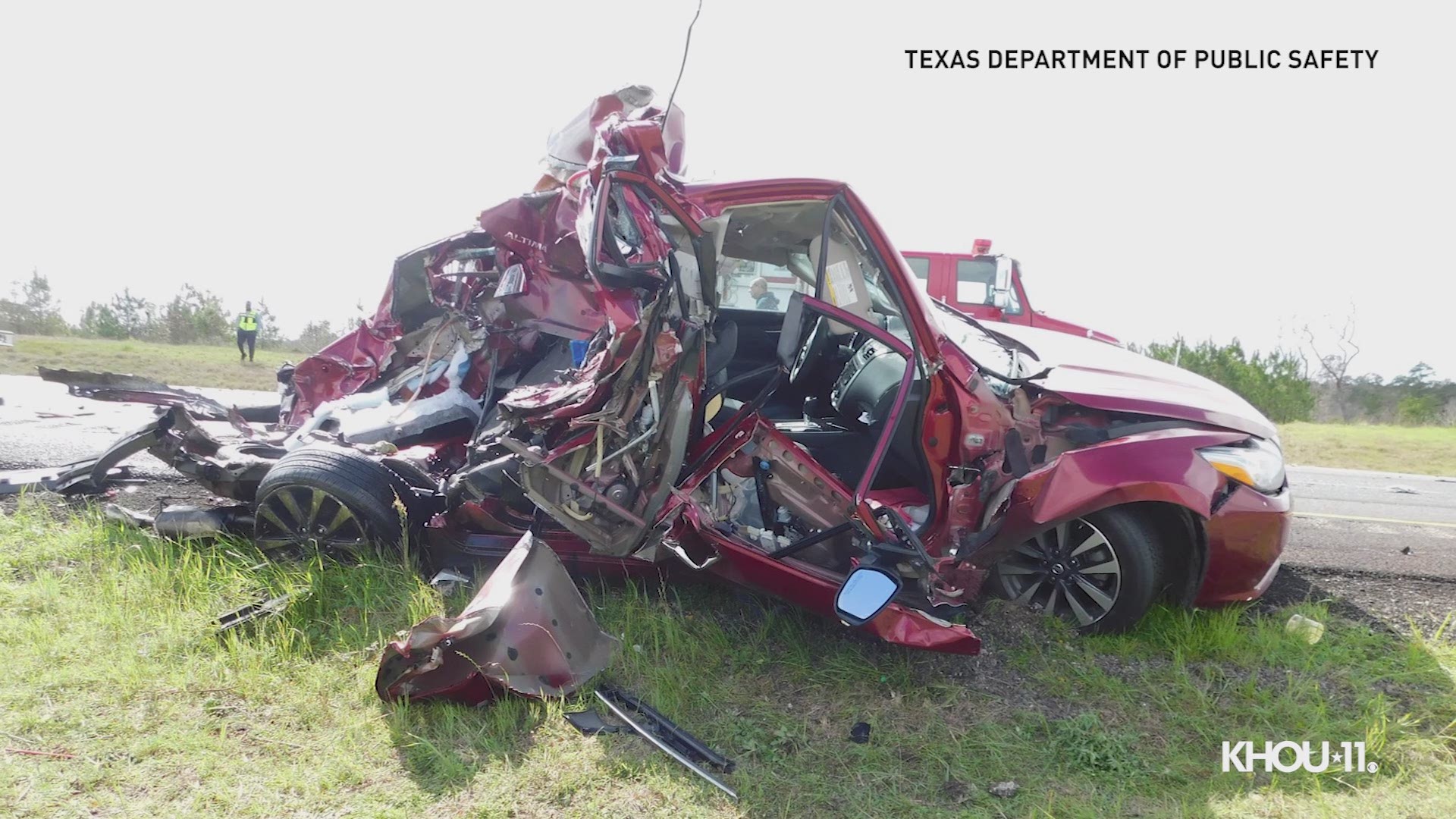 Among those hurt was a 4-month-old boy. The infant and a 27-year-old woman were both taken by Life Flight to a hospital in the Texas Medical Center.

A 34-year-old man was also hurt. He was taken by ambulance to a hospital. All three victims are expected to survive their injuries, Texas troopers tell KHOU 11.

The crash happened just after 11:30 a.m. Thursday. All three of the victims are listed in serious condition.

DPS troopers haven't said if anyone will be charged in the wreck.