A massive 4-alarm fire broke out Thursday at a warehouse in the Spring Branch area on Houston's west side. 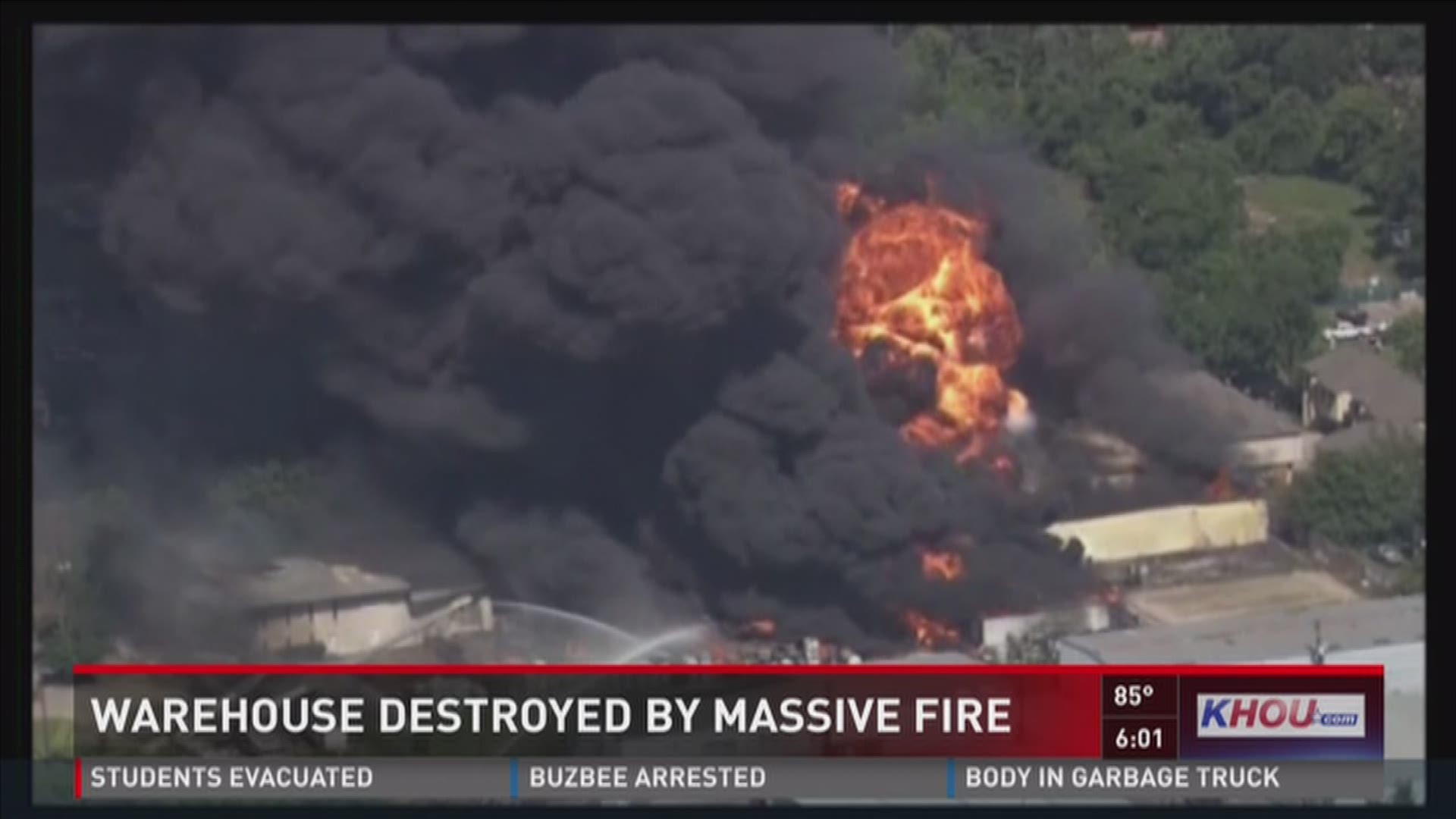 A massive 4-alarm fire broke out Thursday at a warehouse in the Spring Branch area on Houston's west side.

According to the Houston Fire Department, the blaze started at 1700 Laverne Street near Spring Branch Drive shorty before 10 a.m. KHOU 11 viewers reported seeing smoke from miles around, causing traffic delays on nearby freeways.

At least one of the businesses on fire was A-1 Custom Packaging & Filling; there were concerns about burning products that included herbicides and pesticides.

HFD called for a shelter-in-place for the surrounding neighborhoods, including homes and businesses north of Westview, west of Bingle, south of Hammerly and east of Blalock. The alert was lifted just before 2 p.m.

1 / 24
<p>A 4-alarm warehouse fire in Spring Branch forced the evacuation of Spring Branch Elementary. A shelter-in-place was issued for the neighborhood near the fire. </p>

Nearly 200 firefighters were on the scene as the fire raged for more than two hours. By 12:30 p.m. most of the flames appeared to be out as firefighters continued to spray down the smoldering rubble.

There were no reports of injuries.

Residents are being asked to avoid runoff in nearby areas. The area of Spring Branch Creek and surrounding ditches and culverts should be avoided until authorities can complete testing and deem them safe.

At the worst of the fire, aerial views from Air 11 showed large flames shooting from what appeared to be a warehouse or industrial park with several small explosions seen from above. Ground video showed exploding barrels at the business complex. 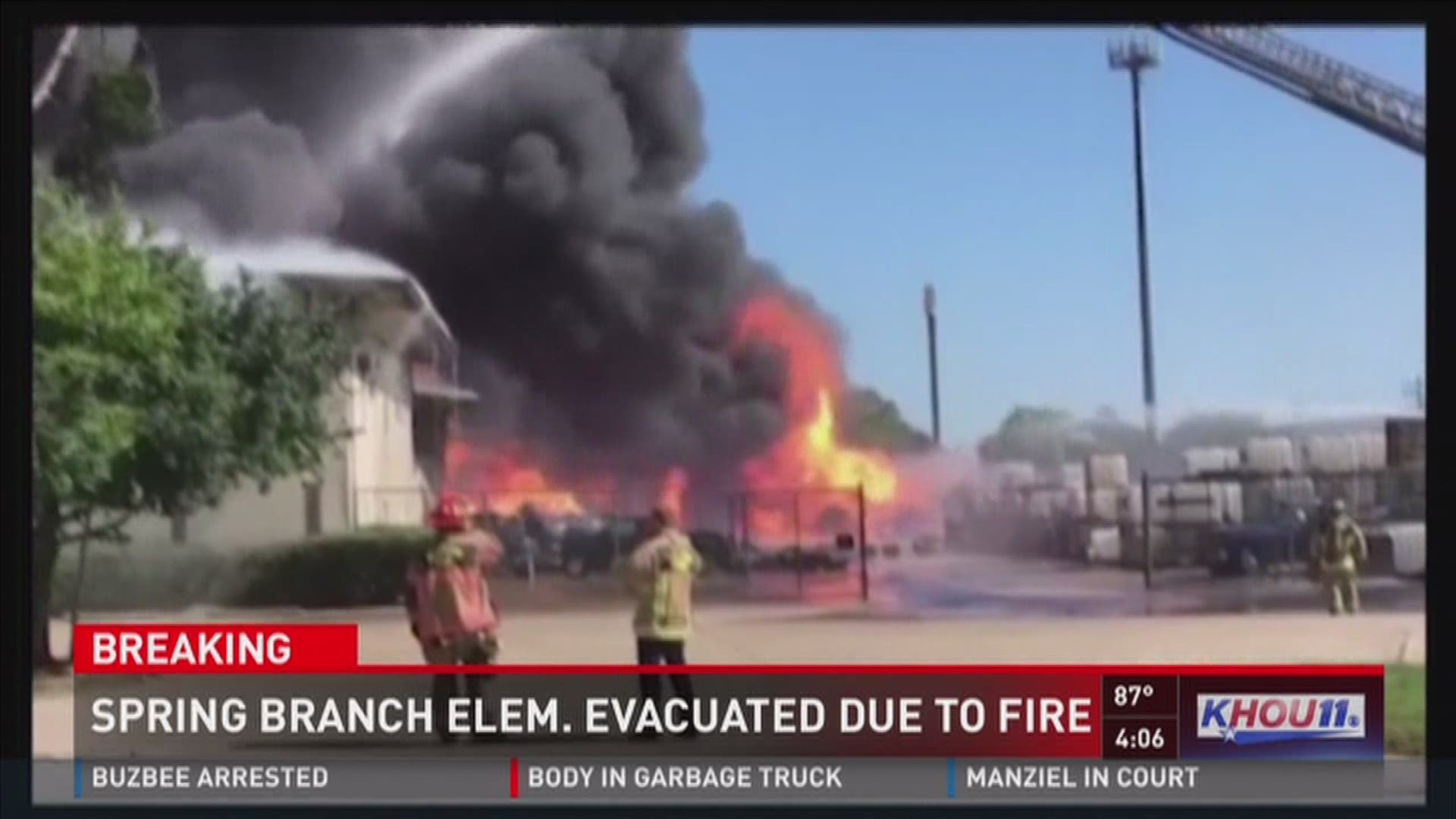 About 80 staff members and 650 students at nearby Spring Branch Elementary School were evacuated by bus to Don Coleman Coliseum near the Stratford HS campus on Dairy Ashford.

School officials say that the students will be held at the coliseum until 4:30 p.m. where they can be picked up. After that, they will be taken home by bus.

Multiple witnesses tell KHOU 11 News the fire started behind nearby homes, including one that was being used as an auto repair shop.

The cause of the fire has not yet been determined.

1 / 19
<p>KHOU 11 viewers from around the city captured images of a large warehouse fire in Spring Branch Thursday morning.</p>

1 / 12
<p>Here is a look from the ground of the large fire in the Spring Branch area on Thursday morning. </p>

Residents should shelter-in-place by:• Closing ALL windows, doors and exterior vents• Turning off air conditioning and/or heating systems.• Isolating yourself in an interior room. Try to seal the door to your shelter room with plastic sheeting and duct tape. 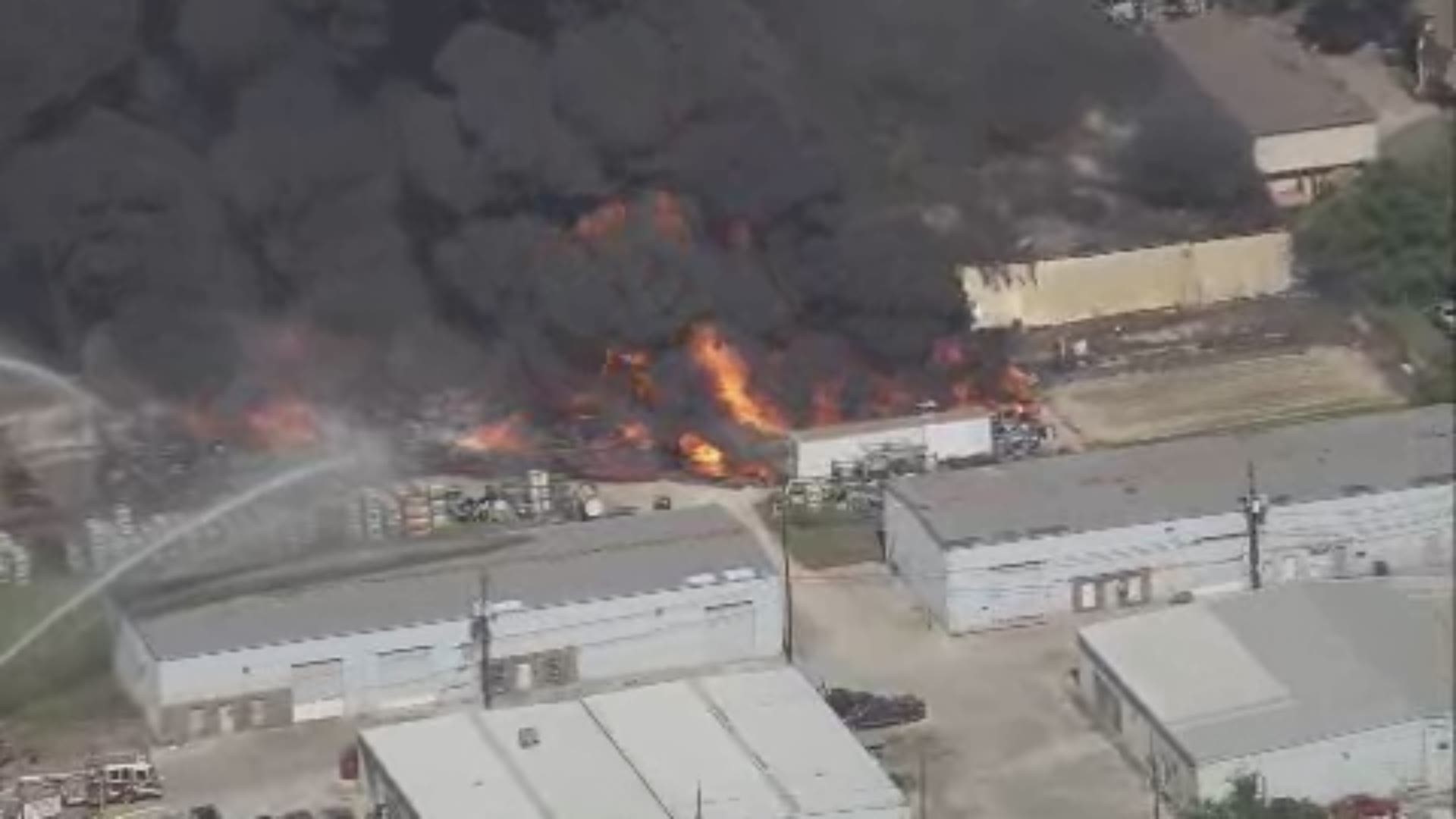