A chance at freedom: 4 Afghan orphans arrive in Houston after mother killed in Kabul terror attack

The family spoke exclusively to KHOU 11 during an emotional, tearful reunion at Bush Intercontinental Airport. 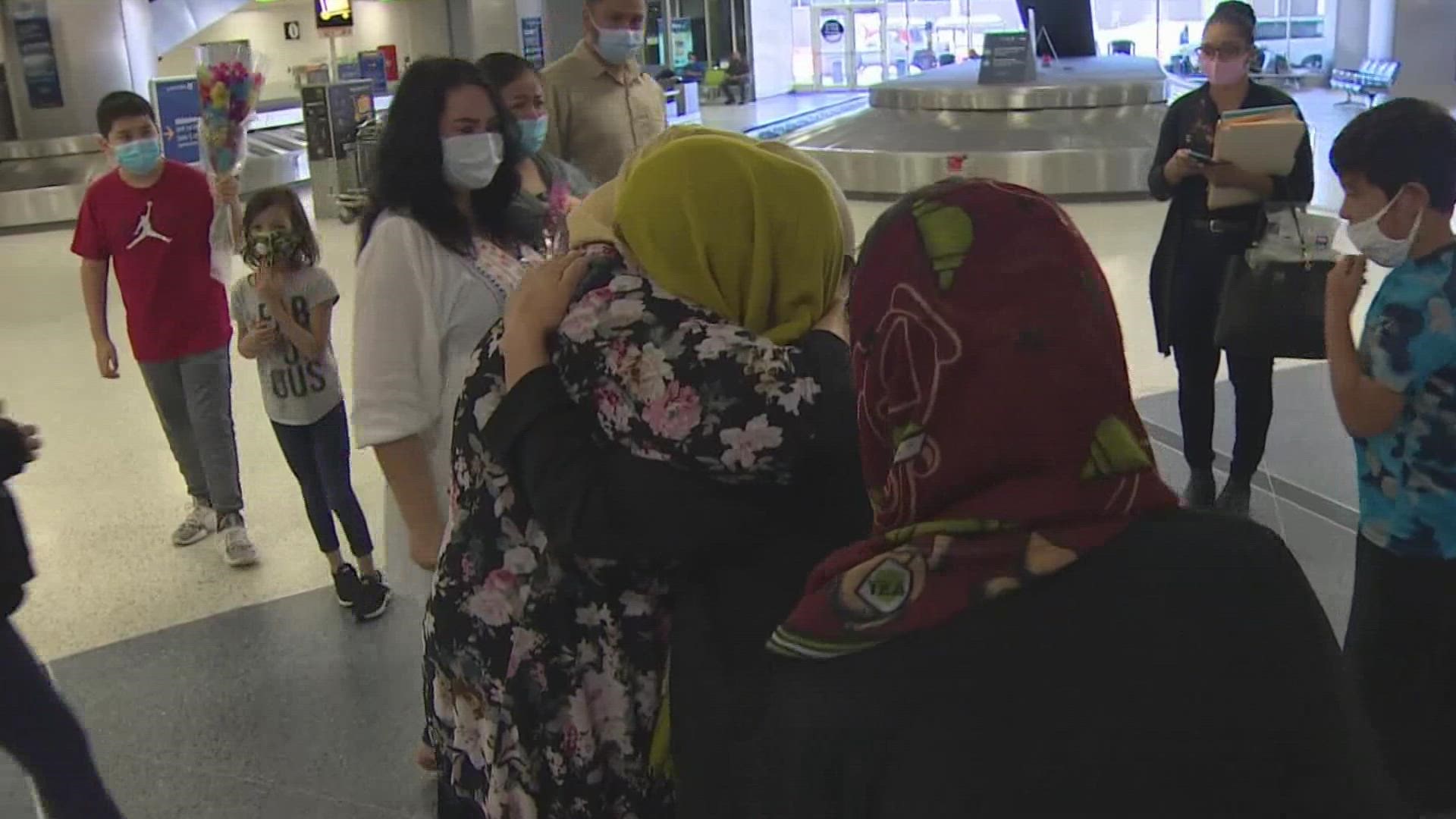 HOUSTON — Four Afghan children orphaned after a deadly terror attack in Afghanistan reunited with family members in Houston on Wednesday.

"I was very worried about all of them," said Zahra, the children's cousin.

On Aug. 26, Zahra's cousins Hajar, Nastaran, Kausar and Ibadullah were waiting to enter Kabul airport with their mom. That's when the bombs went off.

"During the evacuation, they lost their mother there," said Dave, the children's cousin and a former Afghan interpreter working with the U.S.

Their mother was one of 60 Afghans and 13 U.S. service members killed in the ISIS-K terror attack. A day later the children were evacuated to Virginia.

It took nearly two weeks, but their aunt and cousins were found in Houston.

"We are sad and happy at the same time," Dave said. "Happy because they made it here, but sad because their mom couldn't make it."

Lots of tears @iah this morning.

Now they're reunited w/ family in #Houston. So much grief, but also hope.

The @KHOU @CBSNews exclusive on #khou11 at 5 pic.twitter.com/h7FHulnu0L

The reunion was the first time they'd ever seen each other.

"She's very happy to hold them after a long time and everything they've been through," Dave said.

Memories of that deadly evacuation still seared in their minds. 16-year-old Nastaran doesn't speak Engish, but through an interpreter told KHOU 11 what it all means to her.

"She's happy. She's with her aunt, very happy and relaxed now, she says," Dave said. "She says she's hoping everything gets better from this point."

"We hope that they chase their dreams now that they made it this far," Dave said. "We will help them continue with their education. This is a land of opportunity. We want to see them succeed in life here in America."

The family in Houston said there are still family members stuck in Afghanistan unable to get out. They tell KHOU 11 they're incredibly grateful for the kindness of strangers. So far $25,000 have been raised to help these children. If you'd like to help, you can do so here.