It wasn't until 8:02 a.m. — 30 minutes after the shooting started — that Pagourtzis exited one of the art classrooms and surrendered, authorities wrote in a court filing.

For 30 minutes, authorities say Santa Fe High School was under siege by a teenage gunman armed with a shotgun and .38 caliber revolver. In the end, 10 were dead and 13 others were wounded.
Author: Rick Jervis and Christal Hayes (USA TODAY)
Published: 5/19/2018 1:54:11 PM

Then it became a war zone.

For 30 minutes, authorities say Santa Fe High School was under siege by a teenage gunman armed with a shotgun and .38 caliber revolver. In the end, 10 were left dead and 13 others were wounded.

REMEMBER THEIR NAMES: What we've learned about the Santa Fe victims

Dimitrios Pagourtzis carried out Friday’s deadly rampage entirely within the art complex at the high school, barricading himself inside from the fusillade of police officers' bullets that followed him there, Galveston County Judge Mark Henry said.

PHOTOS: These are the victims of the Santa Fe school shooting

Law enforcement received the first calls at 7:32 a.m., according to an affidavit filed in Galveston County court Friday evening.

The art complex is made up of four rooms, each interconnected by interior hallways. Armed with a shotgun and .38 handgun, Pagourtzis walked in there Friday morning and began shooting students and teachers, said Henry, the county’s top administrator.

All of the injuries and deaths occurred within the art complex, he said. Henry said he didn’t know how many total students were in that part of the school when the shooting began. 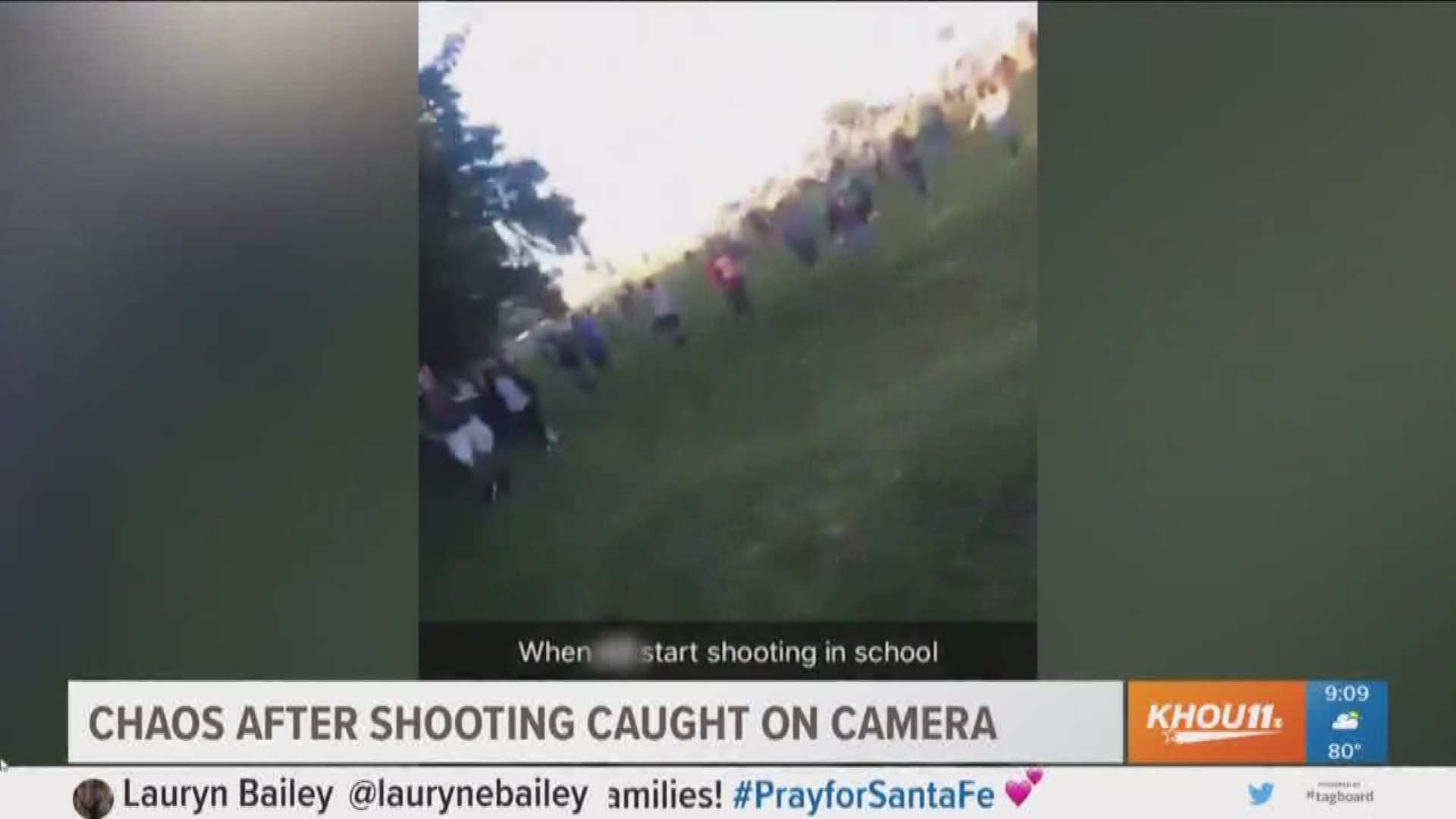 Zachary Muehe, a sophomore at the school of roughly 1,400 students, was in art class when he heard three loud booms.

Muehe told The New York Times that he recognized Pagourtzis from the school's football team — then saw he was holding a shotgun.

As he ran from the classroom, he told the newspaper he looked back and saw students lying on the ground.

In this image taken from video, law enforcement officers respond to a high school near Houston after an active shooter was reported on campus, in Santa Fe, Texas.

The first one to confront Pagourtzis was the school's police officer John Barnes, who tried entering the art complex looking for the shooter, he said.

But Pagourtzis appeared to be ready for Barnes and fired at him, hitting him in the upper arm, Henry said. Barnes was in critical condition at University of Texas Medical Branch in Galveston on Friday.

"He was going to try to neutralize the shooter and the shooter was waiting for him," he said.

Other law enforcement officers arriving at the scene exchanged a volley of gunfire with the suspect, Henry said. "There were a lot of spent rounds on the ground."

More officers poured into the campus — from Santa Fe Police, Texas Department of Public Safety and other agencies.

It wasn't until 8:02 a.m. — 30 minutes after the shooting started — that Pagourtzis exited one of the art classrooms and surrendered, authorities wrote in a court filing.

Texas Rep. Michael McCaul, the head of the U.S. House Homeland Security Committee, said the teen suspect "sort of fell to the ground and surrendered" in an apparent hope of avoiding a police confrontation.

It's unclear how long Pagourtzis was actively shooting and whether the teen was holed up with injured students, potentially slowing first responders from treating them.

Authorities recovered a couple of explosive devices at the school and "several" in Pagourtzis’ vehicle and home, McCaul said, and they’ve been sent for testing to the FBI laboratory in Quantico, Va.

It's still unclear whether any of the devices were used in the shooting.