Police said Ahlora Lindiment was found outside a church located on Dillard Street after they received a tip. 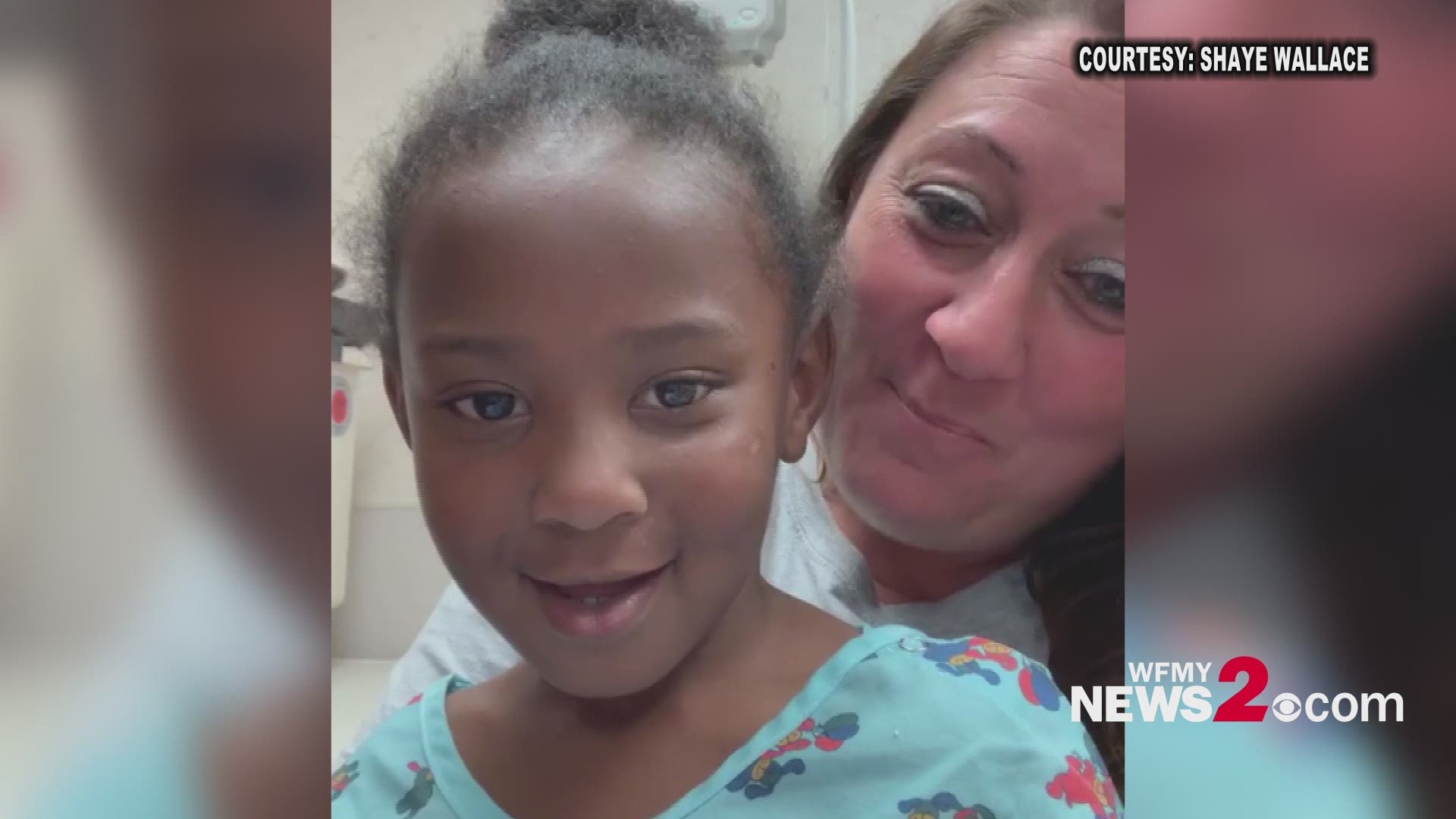 Greensboro police confirm Ahlora Lindiment has been found and was reunited with her family.

Police said they're still searching for her alleged abductor, N’denezsia Lancaster. Police said a woman called the tip line saying they found a small child in front of a church located on Dillard Street in Greensboro. Police responded and took the child to the hospital. They said she is doing well. While police have found Ahlora they still need to find her abductor and make an arrest.

RELATED: 'We Said is Your Name Ahlora? And She Said Yes.' | Woman Called 911 When Missing Child Turned Up at Church

"WE'VE FOUND HER ALIVE AND WELL!" 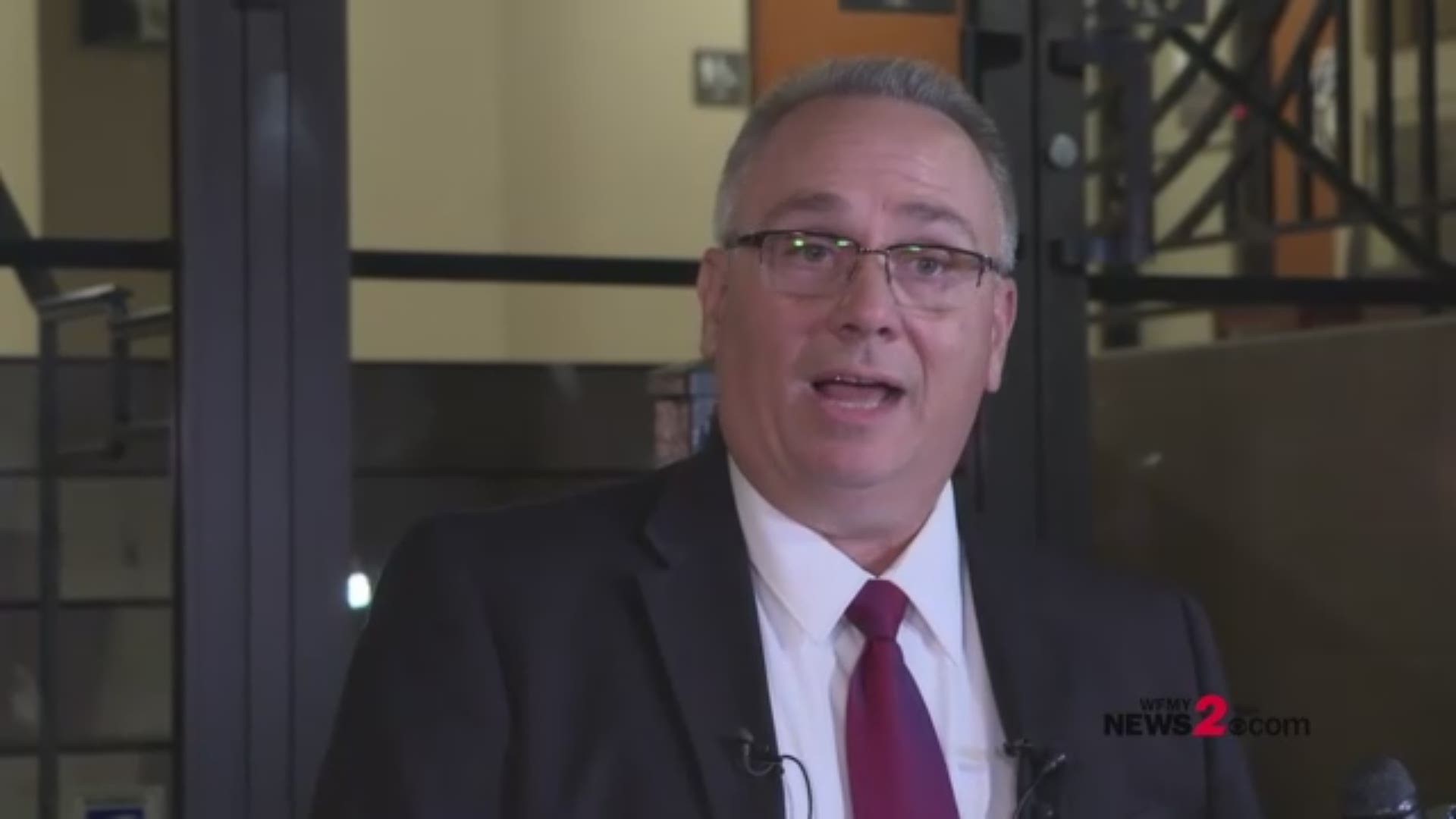 "The suspect is still at large and we would ask the community to continue to help us," said Greensboro Police Chief Wayne Scott.

"The obvious thing we need to do here is find this individual and determine what was the motive, what were the issues, and take appropriate action including any charges."

Chief Scott said law enforcement will work through the night to continue their investigation.

"We obviously want to try to find this individual and get them off the streets so we don’t have a similar issue to occur," he said.

RELATED: Here's What We Know About N'denezsia Lancaster Who's Wanted In Amber Alert Abduction Case

Chief Scott says taking what officers have heard from witnesses, police believe the suspect's intent was to take a child.

He said the community along with Ahlora's family, are just happy she's safe.

"Quite frankly, a lot of people have been praying and prayers have been answered so thank you all," he said. 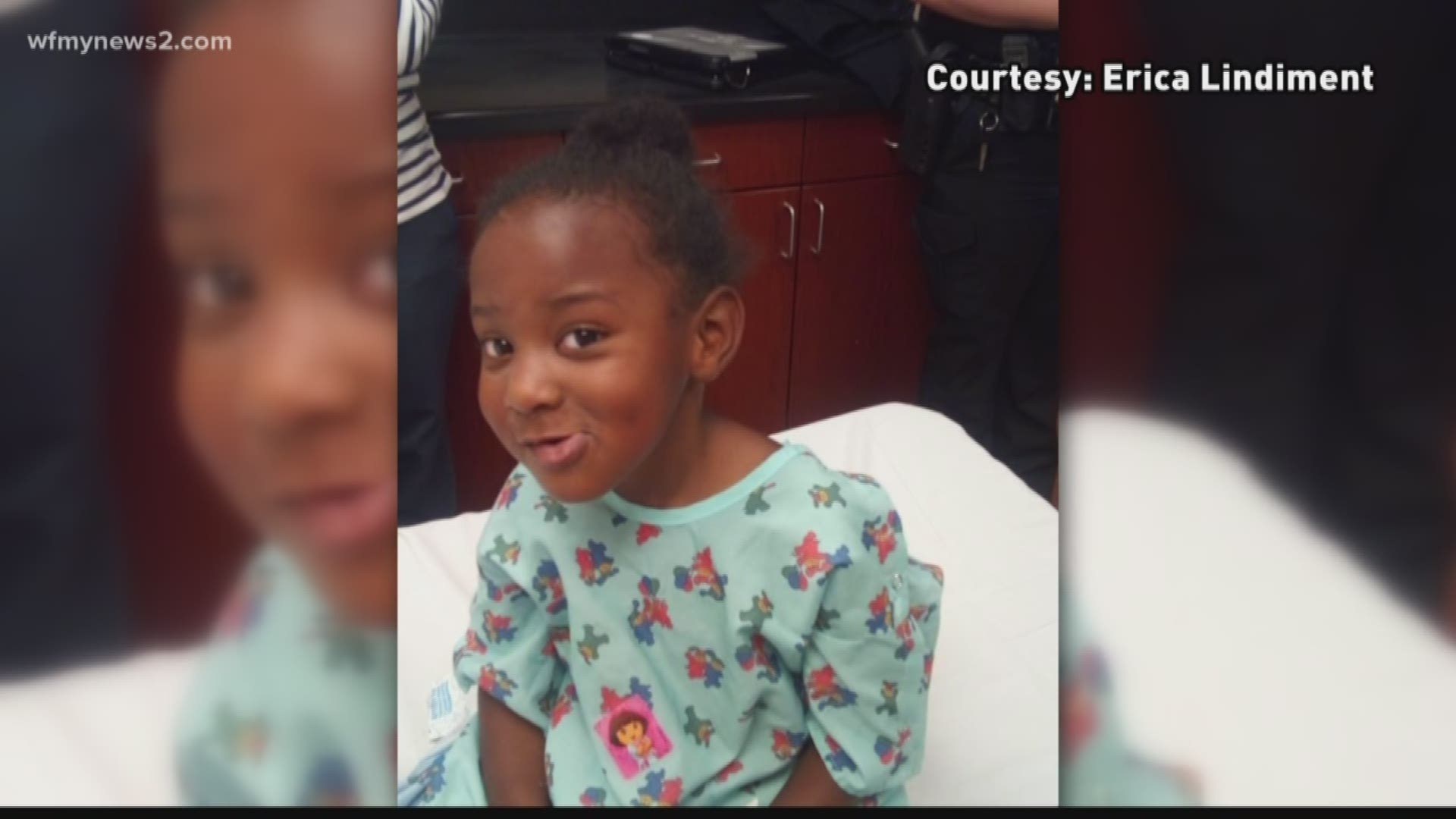 Ahlora's stepmom, Shaye Wallace shared a video message with her daughter from the hospital. She and Ahlora thanked the community for the many prayers, tips, and ultimately finding her daughter.

A $2,000 reward is being offered for information that leads to finding 3-year-old, Ahlora Lindiment who was abducted from a playground.

On Thursday, Greensboro Police Chief Wayne Scott made an emotional plea to the community for information to find her.

“We’ve got to work as a community to bring this child home,” said Chief Scott.

Greensboro Police said more than 100 officers are working to find Ahlora who was reported missing Wednesday night by her mother. Police said she was abducted while playing at a playground at the Claremont Courts Apartment Complex on Patio Place near Phillips Avenue in Greensboro, North Carolina.

Chief Scott, said, “Unfortunately, this moved from a missing child to an abducted child investigation,” within the hours she was reported missing.

Investigators have now named a woman seen in a surveillance photo near the Claremont Courts Apartment’s playground as a suspect in the case.

Credit: Greensboro Police
Greensboro Police want to question a woman captured in a surveillance photo who could have information about the abduction of Ahlora Lindiment.

“She is the key. We must locate her,” said Chief Scott.

He also said, “She was acting very suspicious while interacting with adults and children at the playground.”

Police said there is surveillance video but the photo is the best image of the suspect. They also said they have not released the video at this time.

RELATED: 'I Want My Daughter Back Unharmed' | A Greensboro Mother Says She May Have Seen The Woman Who Kidnapped Her Daughter

Investigators have searched every vacant business and apartment within a mile radius of where Ahlora was abducted.

The FBI’s Child Abduction Rapid Deployment team is also helping in the search.

“She is Greensboro’s little girl,” said Chief Scott while talking about every effort to bring her home.

“Every minute this child is not with us, she’s in danger.”

Missing child posters are being sent to almost every business in the state.

“I’m asking the businesses in Greensboro to print that flyer and make it visible. Let’s put this in every place we can and share it on social media,” said Chief Scott.

Police said they also plan to re-interview witnesses and that their officers are being very vigilant.

However, he said the community is vital for giving them the information they need to find Ahlora.

“My plea to you as the community is to help us. Anything that you may know or that you think happened to report it,” Chief Scott said.

The missing child, Ahlora Lindiment, is described as 2' tall and weighs 40 lbs. She has brown eyes and black hair. She was last seen wearing a short sleeve pink t-shirt, black jeans, and possibly white sandals.

Police said Ahlora was abducted by a black woman in her 20's who is about 5'6" tall and weighs 135 lbs. She is believed to have her hair in a ponytail.

The alleged abductor was last seen wearing a short sleeve black crop top with black pants. The pants have tiger print faces on them. One pant leg has a yellow stripe and the other a white stripe. She was also wearing dark flip flops and a gold chain around her neck.

The Greensboro Police Department has created a special tip line, call 336-574-4035 with any information that you have that could help them with their search to bring Ahlora home.