The federal civil rights lawsuit was filed Sunday, characterizing the act as racist and saying the boy was humiliated and shamed by it. 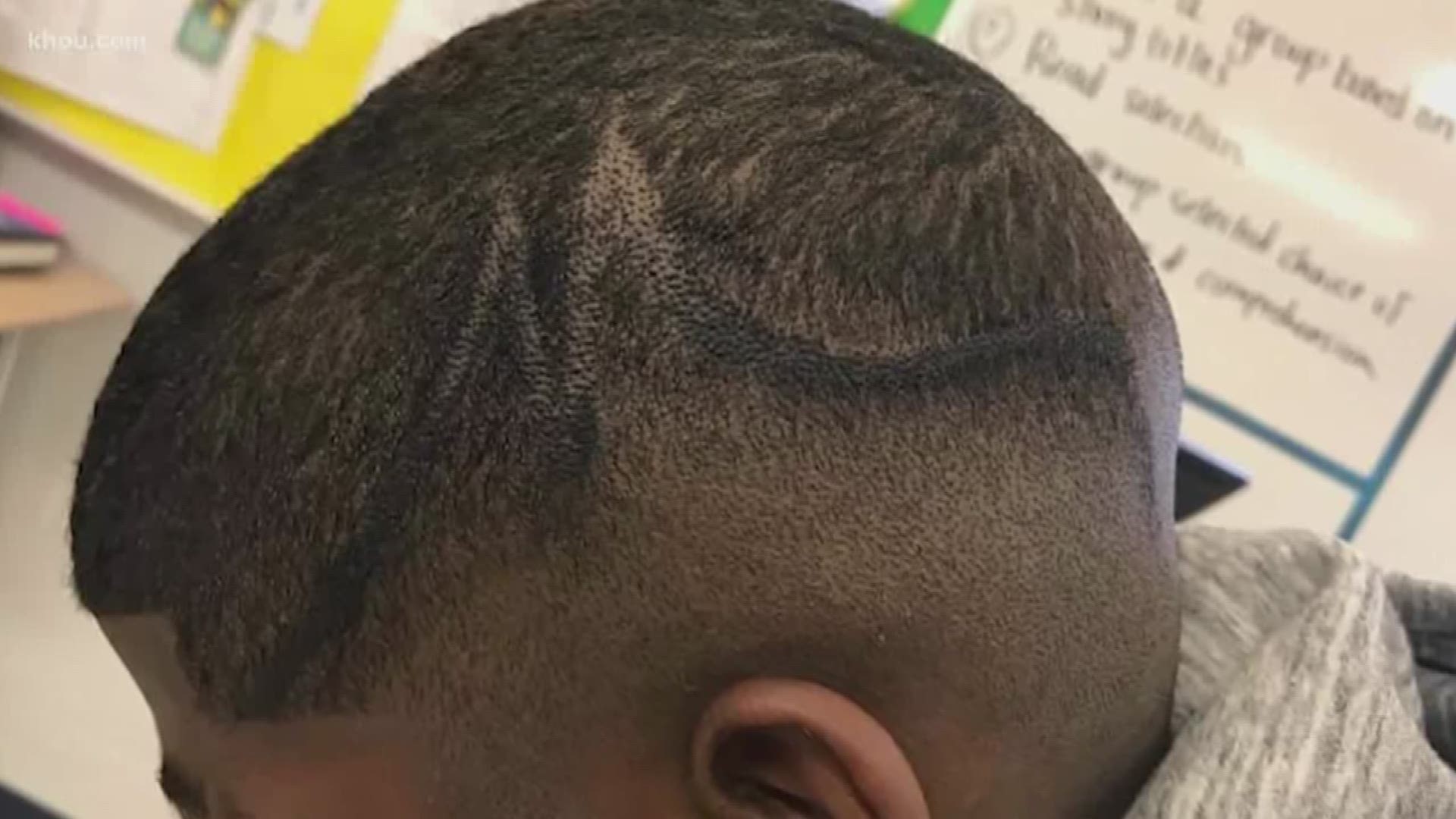 PEARLAND, Texas — A Pearland family has filed a federal lawsuit against Pearland ISD and three of its employees after they allegedly drew on a 7th grade student's head with a permanent marker.

The federal civil rights lawsuit was filed Sunday, characterizing the act as racist and saying the boy was humiliated and shamed by it.

The photos of Juelz Trice caused outrage across the country.

"I was mad. I was really mad," said Dante Trice, Juelz's father. "I just imagine three people holding him down with a marker against his will."

The incident happened at Berry Miller Junior High on April 17. The district claimed Juelz's haircut violated the school's dress code policy. The assistant principal at Berry Miller Junior High told the child he was in violation of the dress code, which at the time stated, “hair must be neat, clean and well-groomed. Extreme hair styles such as carvings, mohawks, spikes, etc. are not allowed.”

The family told KHOU 11 Juelz has never been in trouble before.

The district has since apologized for how the situation was handled and changed the dress code policy. But now the family is taking their fight against the district to federal court.

The family is suing for damages and calling on the district to provide more training to its employees. They say PISD has a history of discriminating against black students and families.

Barcelona, the former assistant principal who first drew on Juelz's head, was promoted over the summer and is now principal at the same school. The family claims the district has yet to meet with them once and they believe that's unacceptable.

"We are here today to right this wrong through the court system because apparently PISD doesn't care about African American people," Kallinen said.

Kallinen points to a 2015 study by the Department of Justice that found black students were suspended 143 percent more often than white students. Activists are angry and demanding changes.

An attorney for Juelz's parents noted in the complaint that depicting African Americans with jet black skin is a negative racial stereotype dating as far back as the Jim Crow era.

"The jet-black markings did not cover the haircut design line but made the design more prominent and such was obvious to those present at the very beginning of the scalp blackening process," the complaint says.

In a statement in May, the district said the incoming principal has “humbly apologized, expressed great regret over this matter, and has resolved to re-earn the trust and confidence placed upon him.”

Pearland ISD's General Counsel Tanya Dawson released this statement Monday: "Other than media reports, Pearland ISD has yet to receive notification of the lawsuit. Upon receipt, it will be reviewed by our legal counsel. No further comment will be provided at this time."

RELATED: Pearland ISD administrator who made student fill in his hair designs with a Sharpie will keep his job