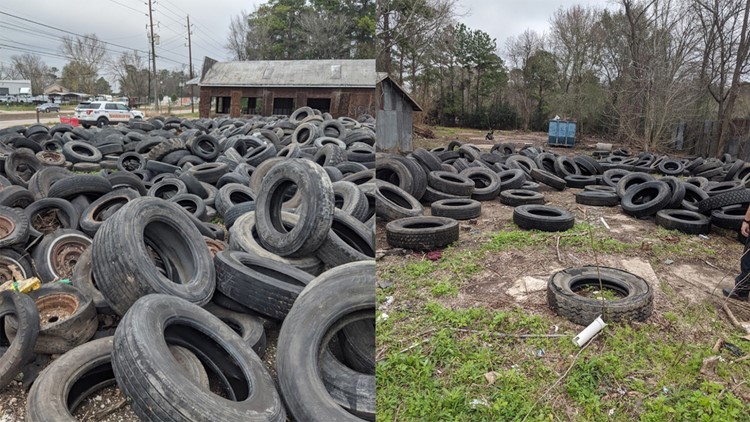 HARRIS COUNTY, Texas — Witnesses alerted deputies Thursday and three men were arrested after they were caught illegally dumping tires in the Humble area.

Investigators quickly responded to the scene in the 14600 block of Old Humble Road and arrested Tyrone Scott, 38, Ray Hullaby, 69, and 45-year-old Lyndell Scott.

Harris County Sheriff Ed Gonzalez took to Twitter to voice his displeasure with the alleged crime.

"Not in our backyard! Look at this mess. These tire piles can be a risk to public health. Illegal dumping is a crime. Three individuals have been charged with Felony-Illegal Dumping. Great work team," Gonzalez said in the tweet.

Tyrone and Lyndell Scott, as well as Hullaby, will be charged with illegal dumping.