HPD says the attack lasted for almost the entire block, littering the street with bullet casings. 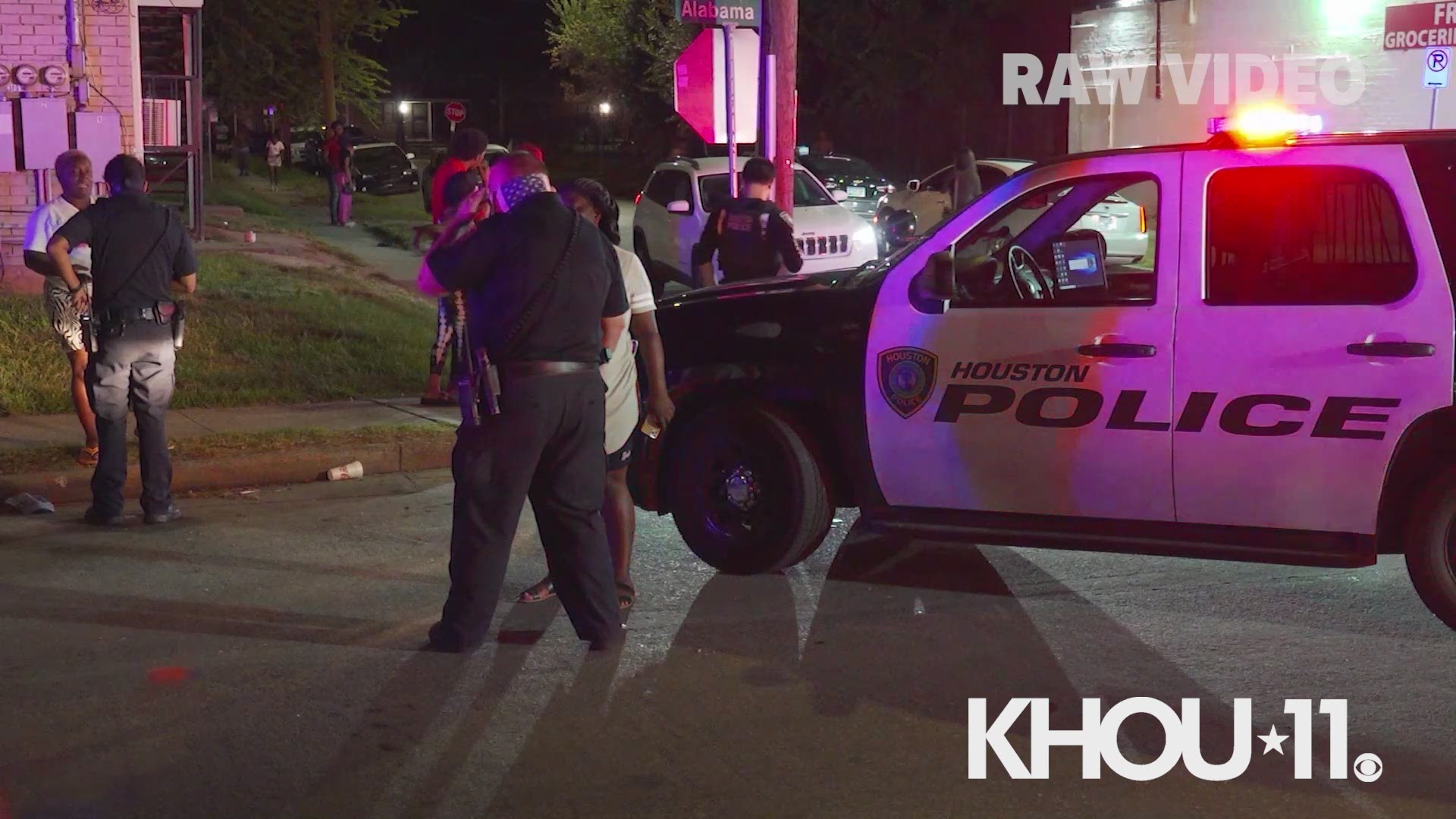 HOUSTON — A family gathering late Tuesday ended with at least three people injured, including a teenage girl, when several shots were fired from an unknown vehicle, the Houston Police Department confirmed.

Police said the victims, who are all related, were outside talking with about six to seven other family members when a black four-door car drove by and the occupants started firing multiple rounds at them.

It’s possible the vehicle circled the block a few times before the shooting.

All three were taken to the hospital; one man suffered an ankle wound, the other was shot in the forearm and the girl’s injuries are unknown. She’s currently undergoing surgery.

They’re all expected to survive, according to officers.

The family said they don’t know who attacked, and police are still trying to piece together a motive. It’s still unclear what type of weapon was used.

The case is still under investigation.