"This is just a blessing that we didn't have more serious injuries or fatalities," Sheriff Troy Nehls told us. 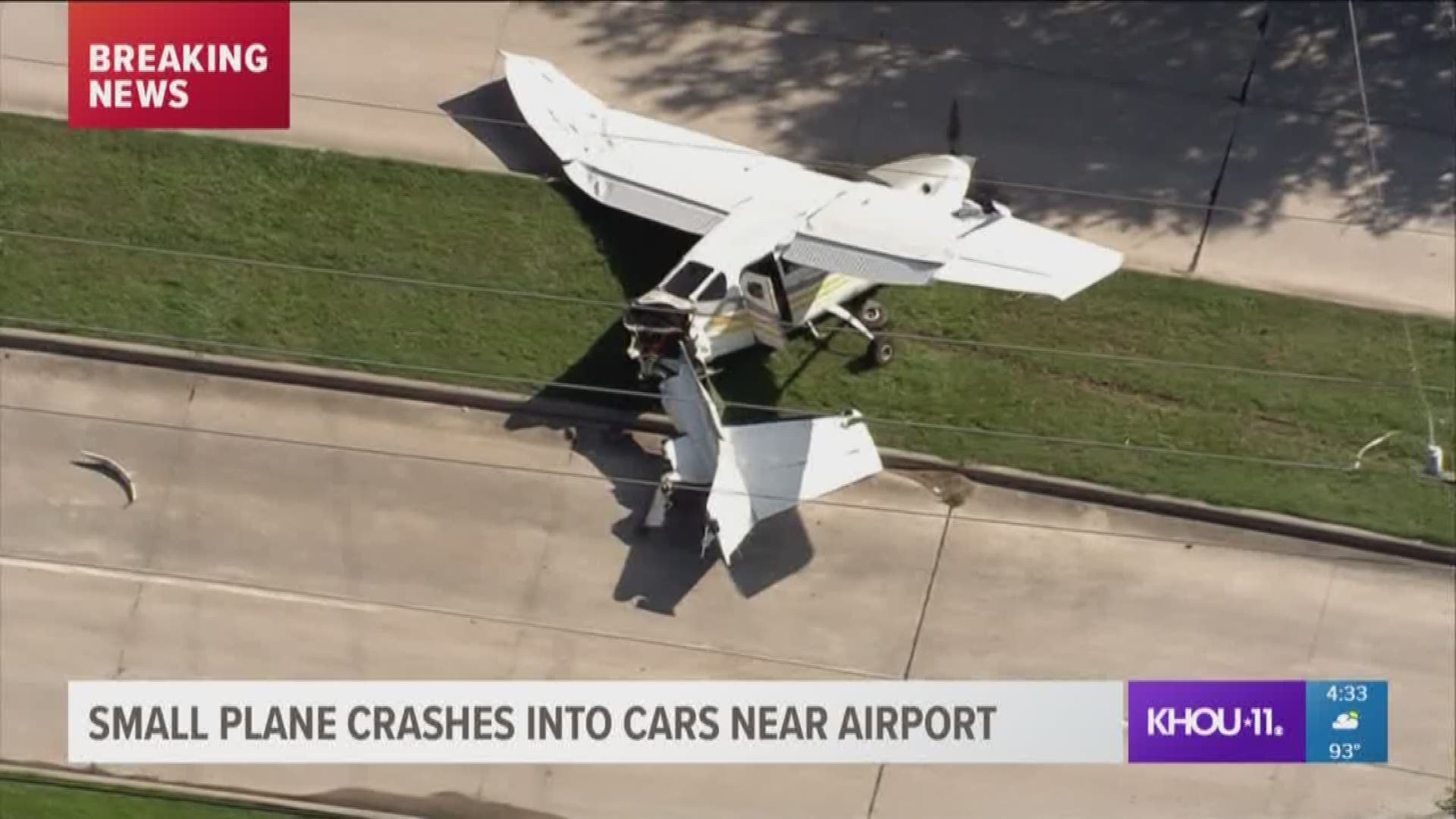 FORT BEND COUNTY, Texas - Investigators are calling it a miracle that no one was killed when a small plane crashed and struck two vehicles Wednesday in Fort Bend County.

The Drug Enforcement Administration confirmed the aircraft was a U.S. government plane owned by the DEA and the Department of Justice.

Three DEA pilots were on the plane at the time of the crash, according to a DEA spokesperson.

All three were hurt, but only one was taken to a local hospital and his injuries aren't believed to be life-threatening.

One of the pilots reportedly told Sheriff Nehls he chose the spot near Voss Road because he felt it was the safest place to land.

Credit: Homer, Michelle
A small plane clipped a couple of vehicles before crashing in a Fort Bend County neighborhood, according to the Fort Bend County Sheriff's Office. (Chad Norvell, FBCSO)

Those in the vehicles that were hit were treated at the scene for cuts and bruises.

"This is just a blessing that we didn't have more serious injuries or fatalities," Sheriff Nehls said.

The plane was leaking fuel after the crash but there was no fire, according to FBSCO Major Chad Norvell. 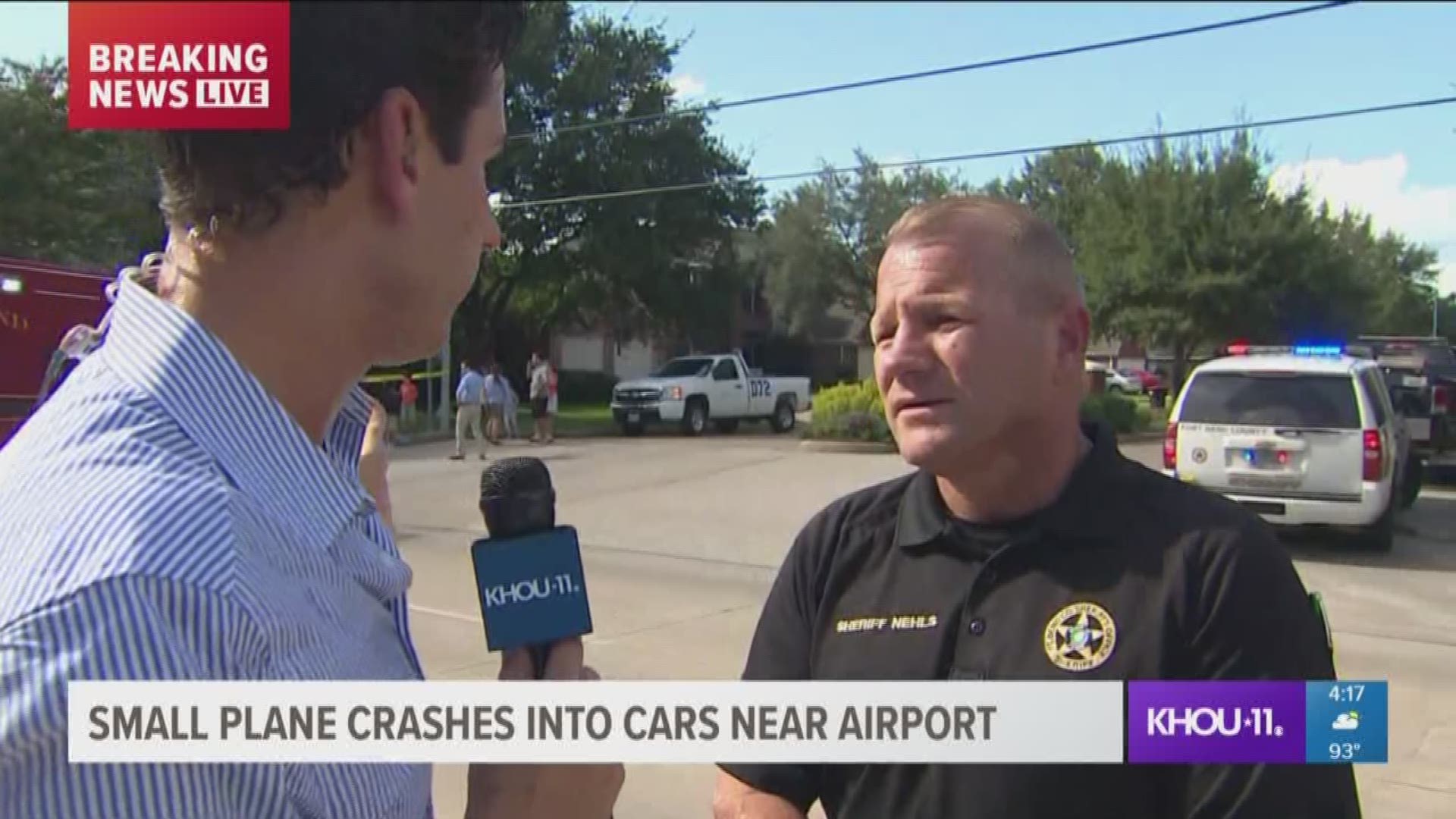 The aircraft crashed in a residential area at Voss Road, west of Highway 6.

Witnesses said they saw the plane falling out of the sky around 3 p.m. They said it hit power lines before clipping the cars.

It's unclear at this time what may have led to the crash.

Several emergency vehicles are at the scene.

Deputies said power lines are down in the area and roads will be closing as an investigation gets underway.

“It was the safest place I could find to land.” Officials say DEA employee piloting crashed plane intentionally chose Voss Road when he went down. #KHOU11 #Hounews pic.twitter.com/fwlYP4SSPU

Small plane crash at Voss Rd, west of Highway 6. Power lines down in that area. Roads will be closed. @SheriffTNehls is on his way to the scene. pic.twitter.com/14PTWPLPbS