25 years of craft beer in Houston 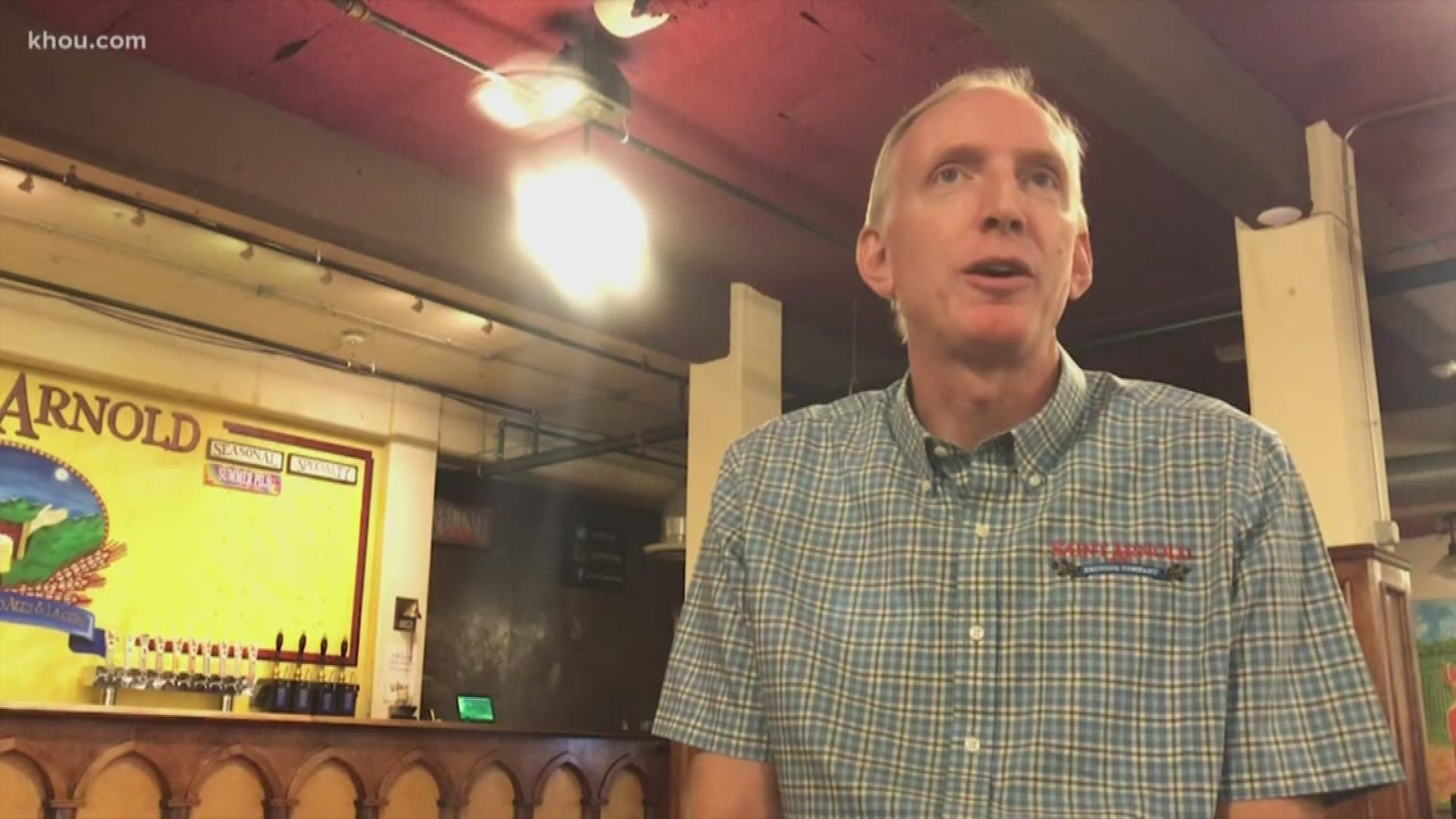 HOUSTON — On this day 25 years ago, the first-ever keg was tapped at Saint Arnold, what was then Houston's only craft brewery.

In 1994, Houston was the largest city in the country without a microbrewery.

"I thought, ‘Lots of beer drinkers. No microbreweries. This is going to be easy.’ I was wrong," he laughs.

Wagner describes the first few years as rough. The public didn't really know what craft beer was or that there was anything beyond the mass-produced beer they'd known for years. On top of that, Texas laws were far from brewery-friendly.

"We couldn’t sell beer to the public in any way, shape or form," says Wagner. "You could find me at grocery stores and liquor stores on Saturday afternoons doing little samples."

"Those little things were huge deals to me 25 years ago," he says.

Business really started to shift in the mid-'00s.

"Suddenly, people were thinking of beer as IPA and Kolsch and Hefeweizen and Pilsner. The whole concept of what beer was evolved and that’s when we saw our sales take off," he says, adding, "I always tell people that after 12 years, we were an overnight success."

Saint Arnold outgrew its 18,000-square-foot warehouse in Northwest Houston and found a new home in what had been an old HISD frozen food warehouse. In 2018, the brewery opened its new beer garden next door.

"That was a pretty exciting addition to do as well," Wagner smiles.

His felt his brewery's success was limited by Texas laws regarding beer production and sales, so in 2005, Wagner decided to start lobbying the state legislature to make operating a brewery easier.

"It was me and Brad from Real Ale, walking the halls in Austin, trying to make a compelling argument, but we had a very powerful opponent," Wagner recalls, referencing the distribution lobby.

The changes that have come about in the years since, he argues, have benefited both sides: the brewers and the distributors.

"They’ve seen the amount of craft beer that they sell triple and quadruple," says Wagner. "It’s been pretty gratifying."

Those laws allowed the beer scene to flourish. In a few short years, the Houston area went from having a single brewery to now boasting about 50. Wagner adds there's also another reason that number exploded.

"There’s just a huge demand from beer drinkers from around the state and around the city. They want craft beer and they love the experience of going and visiting breweries," he says. "I see more breweries opening in the future."

Even as the number of new breweries grows, Saint Arnold has seen continued success, which Wagner attributes to the team he's built around him.

A quarter of a century after tapping that first keg, Wagner says he's as passionate about craft beer as he's ever been.

A look back at 25 years of Saint Arnold