Multiple people were killed and hurt in a deadly boating crash on Old River Lake east of Houston. 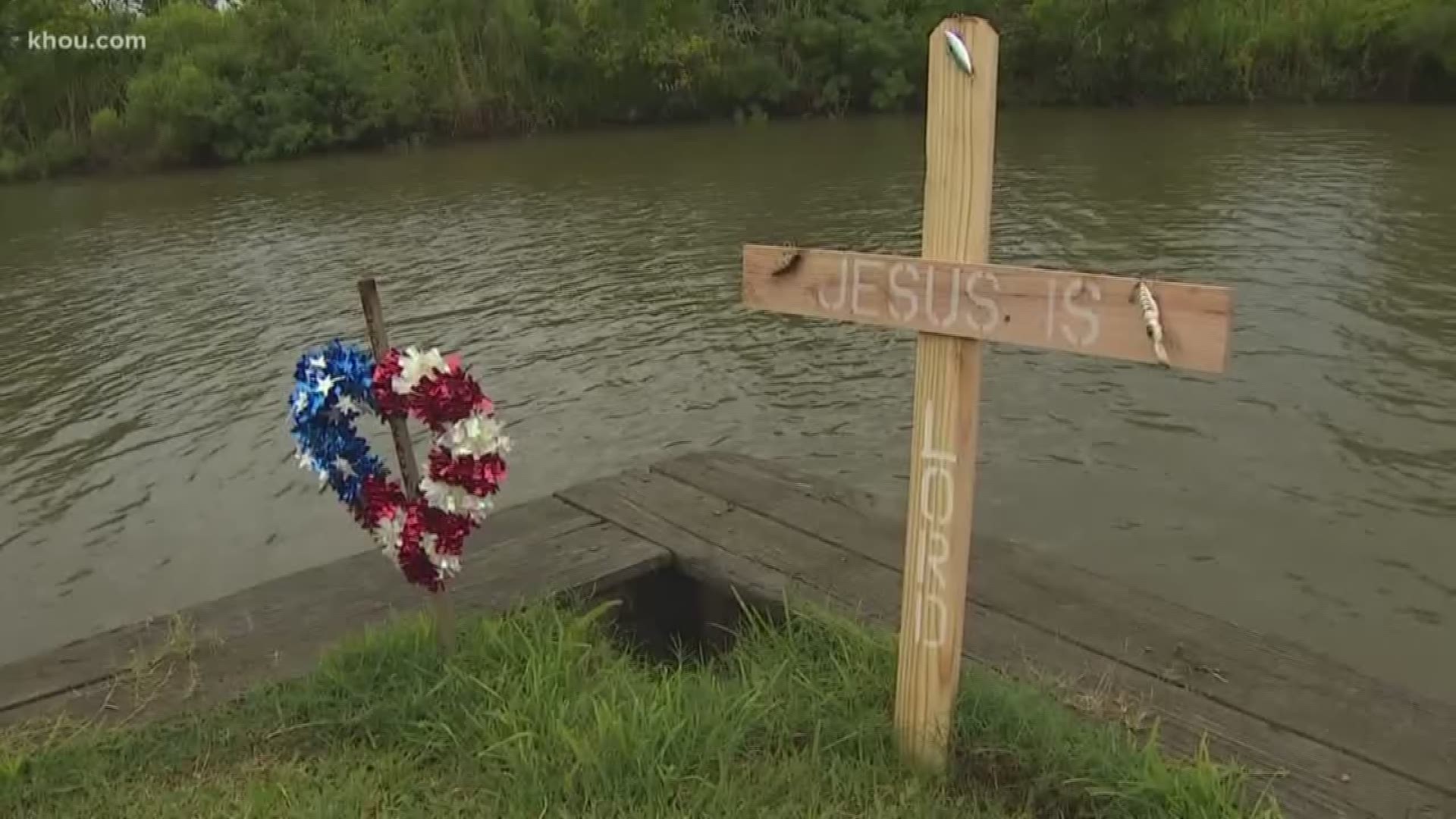 CHAMBERS COUNTY, Texas — An additional person has died in Sunday's boating crash east of Houston, bringing the total number of fatalities to three.

Two other people remain in critical condition, according to the Chambers County Sheriff's Office.

One person has been arrested and charged for the incident, which happened on Old River Lake near Hugo Point County Park.

Credit: Chamber's County Sheriff's Office
Jacob Vernon Breaux, 23, of Baytown in Chambers County was arrested and jailed on three counts of intoxication manslaughter with a vehicle

Texas Game Warden Capt. Fred Ruiz described the aftermath of the collision at a Monday press conference as "total chaos" and that alcohol played a "substantial factor in the crash."

He said he didn't see any life jackets and didn't believe the boats' occupants were using personal flotation devices.

The sheriff's office identified the victims as: Laura Kay Grant, 48, of Mont Belvieu, and William Robert Bowles, 36, of Baytown who were pronounced dead by Justice of the Peace Precinct 6, Larry Cryer at the scene. Zachary Jackson Miles, 29 of Beach City, succumbed to his injuries and died at Hermann Memorial Hospital after being flown by helicopter from the scene.

At this time, two more people are hospitalized in stable condition. The wreck involved 12 people – five in the wake/ski boat and 7 in the bass fishing boat.

The boats collided Sunday around 7:30 p.m. about half a mile from the Hugo Park Road boat ramp in the Old and Lost River and Cross Bayou area, according to Sheriff Brian Hawthorne.

Ruiz said the two boats were moving at around 30 mph when they crashed into each other around a blind corner -- a dangerous area where he said another person died about seven years ago.

The sheriff said a team of Game Wardens will lead the investigation with the assistance of the sheriff's office.

Capt. Ruiz is warning other boaters to exercise caution out on the water and says mixing alcohol and boating just makes things a lot worse.

GoFundMe pages for two of the victims have been set up: