After a conservative 2021 budget, in which the city did not increase its base budget, city staff recommended Boise this year take the maximum 3% base increase. 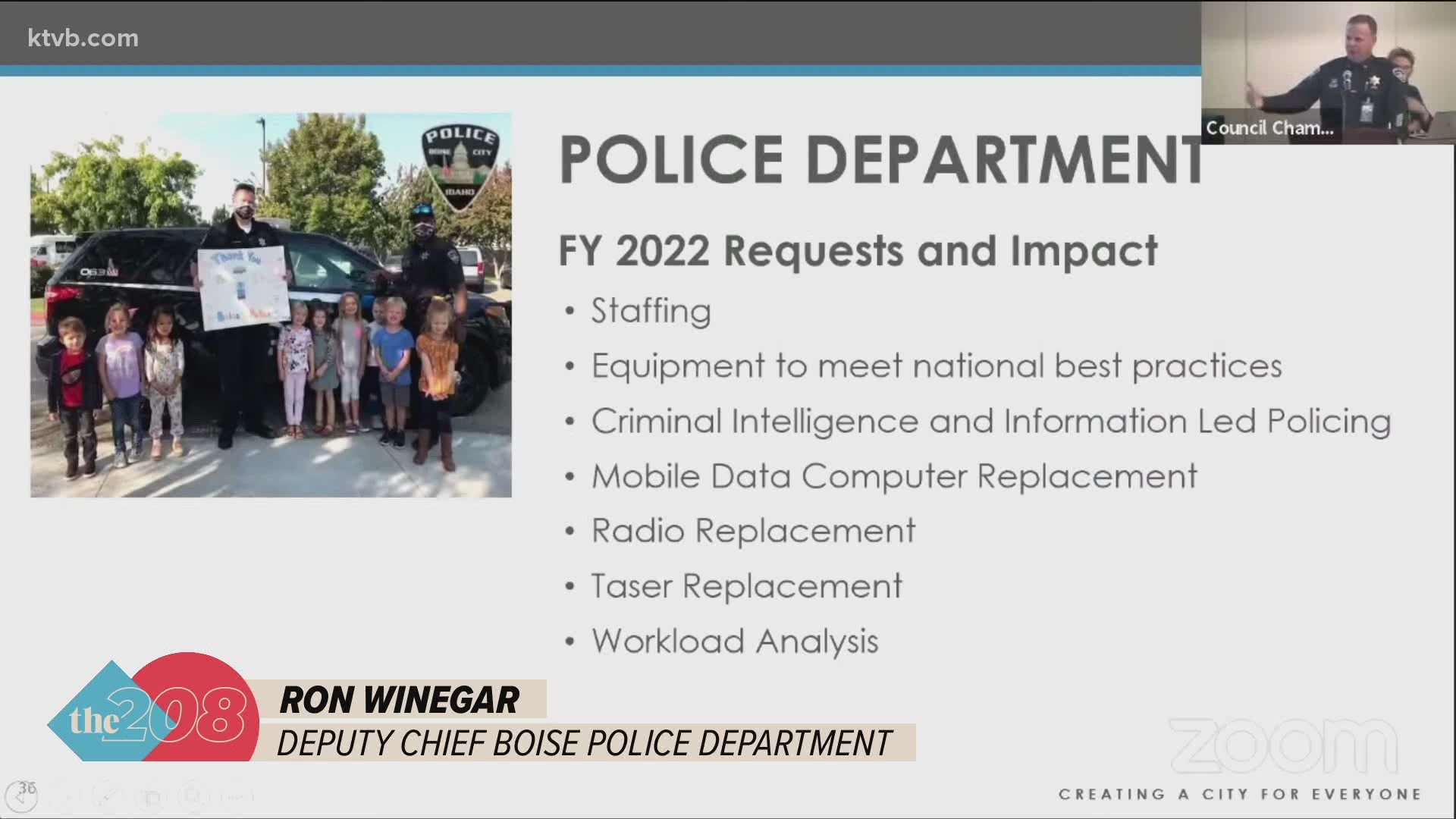 BOISE, Idaho — Editor's Note: This article was originally published in the Idaho Press.

The city of Boise will propose a 3% budget increase for the next fiscal year, to increase staffing and meet soaring demands for service caused by growth.

After a conservative 2021 budget, in which the city did not increase its base budget, city staff recommended Boise this year take the maximum 3% base increase allowed by state law. Boise’s fiscal year 2021 budget was about $240 million.

“Three percent is really required to preserve service levels and keep up with growth,” Budget Manager Eric Bilimoria told the Boise City Council on Tuesday during a budget workshop.

The workshop showcased each city department’s budget priorities for fiscal year 2022. One priority for the city as a whole is hiring new employees. Courtney Washburn, chief of staff in the mayor’s office, said the city needs to add 39 new full-time positions in an array of departments, most notably the police department, which requires more than a dozen new officers.

“The rate of position growth has not kept up with population growth,” Washburn said.

Last year, the city increased its full-time employees by nine — that was 19 fewer than the average increase over the previous four years. As a result, workloads for current staff — in both internal support services, such as information technology and human resources, and external-facing departments, such as police — have increased, Washburn said.

Proposed staff increases include 14 employees for various support departments (four finance department employees, four in information technology and three in the legal department, among others). Four new employees in the Office of Community Engagement are also proposed along with 13 new police officers.

Deputy Police Chief Ron Winegar told the council that on top of recruiting challenges — two police academies this year have drawn an insufficient number of recruits — and an upcoming “generational retirement,” the Boise Police Department is spread thin, especially in the area of community outreach.

“We have a whole lot of folks eligible to retire in the very near future,” Winegar said. “We are significantly looking at staffing shortages. Just keeping up with the positions that we have vacant as well as” adding more, “to provide that critical service that we need to, is going to be a challenge.”

Boise homeowners will see a spike in property taxes from the city, even if Boise chooses not to take a 3% increase. Estimates show city taxes should increase by at least $371 for the average household. That’s due to a number of factors, including residential properties representing an increasing share of the property tax burden, a lagging homeowner’s exemption rate that’s not keeping up with property values and the expiration of Gov. Brad Little’s one-time property tax relief.

Other budget priority highlights include:

A finalized proposal for the city’s FY 2022 budget should be ready June 18, after which the city will host additional workshops. A public hearing on the budget is scheduled for July 13.