Freedom Over Texas will have fireworks, but concerts will be virtual again

Mayor Turner confirmed Tuesday the city's annual Fourth of July celebration will not make a full return until 2022. 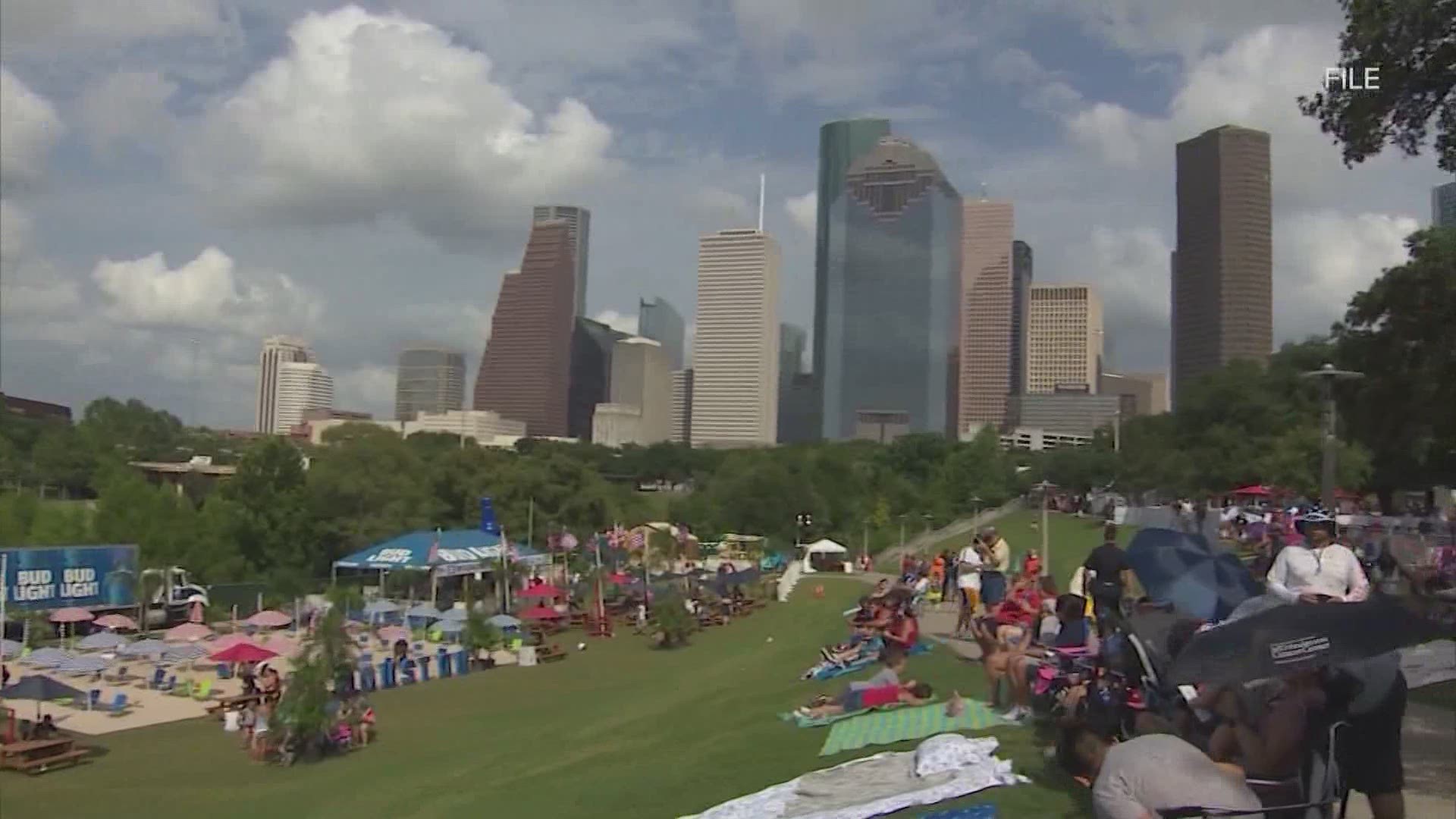 HOUSTON — Houston will have to wait another year for the full return of Freedom Over Texas, the city's annual Fourth of July celebration.

Mayor Sylvester Turner confirmed Tuesday the fireworks show will go on and spectators will be allowed to gather at Houston's many parks, including Eleanor Tinsley. However, the concert will be televised and streamed online.

"I wish we could hold a huge Fourth of July event in downtown, but we're still not quite there," Turner said. "It takes time to kind of move forward."

We are committed to providing a patriotic program that reflects the diversity and strength of our city and one that celebrates the ideals of our founding fathers. We will honor veterans and active military who have made the greatest sacrifice for our country. 🇺🇸

Despite coronavirus restrictions beginning to ease and a significant amount of people being vaccinated, Turner said it will not be safe to host large-scale events until likely the fall.

The second biggest obstacle was planning.

Director Susan Christian with the Mayor’s Office of Special Events said planning would have had to start months ago in order to put on the in-person concert and festivals of that scale. Previous years have drawn as many as 50,000 people.

Lee Brice is the headliner for 2021

Brice will be joined with acts from other artists, including platinum-selling recording artist Jimmie Allen, Brian Jack and the Zydeco Gamblers and Alanis Sophia, a 2019 contestant on "American Idol."

The annual festival has also been delayed until 2022. Eleanor Tinsley Park and Sam Houston Park, where the festival is normally held, are both open to the public. However, the City of Houston will not be hosting a formal event.

Reliant Energy will sponsor the fireworks show for a second year. Allen Parkway and Memorial Drive will be closed for the fallout of the fireworks, Christian said.

Turner anticipates the return of the city's larger in-person events in the fall.

Watch: Freedom Over Texas fireworks from 2018