Spring rain in Texas usually washes in hope for summer, but hope quickly turned to hell over Memorial Day weekend in 2015. 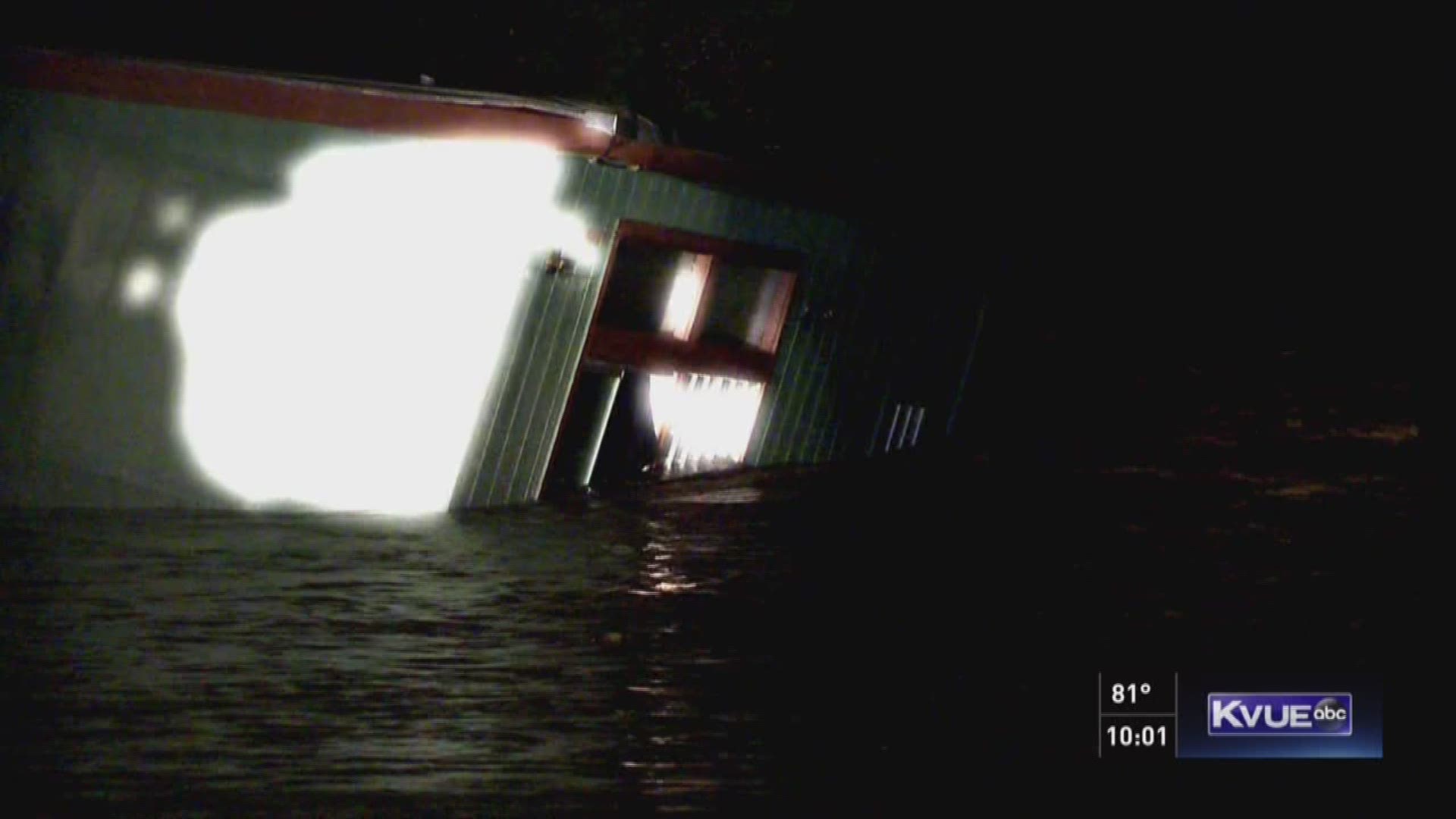 Spring rain in Texas usually washes in hope for summer, but hope quickly turned to hell over Memorial Day weekend in 2015.

Carol and Larry Thomas never expected what would happen when they decided to leave their home.

“We put our shoes on, grabbed my purse and threw Larry’s pills in it, put it around my neck and then we went out the back door,” said Carol.

A wall of water immediately swept Carol and Larry off their feet.

“I was hollering to Larry. I said ‘I think if I can throw my purse up on the roof I'll help you get up on the roof.’ I turned just in time to see him slip under and he was washed away,” recalled Carol.

She clung to the satellite dish attached to her roof all night.

“It was hours and hours and hours and then the water started to recede and I realized I couldn’t dangle from the roof without the water there. So I let go and grabbed a hold of some red tip fatonia bushes,” said Carol. “It was in this bush right here, this one. You can see there are a lot of places to wrap your feet and hands around.”

Thirty miles downriver, another emergency was unfolding as water was threatening to flood the county jail.

Julie Villapando had been called into work to help evacuate inmates when her own family called.

“Don't want you to worry about us we've got this under control, but the water is rising quickly and we may have to get into the roof,” said Villapando.

Focused on her job, Julie struggled knowing she couldn't help her own family.

“When they got there the water was already waist deep and they found my mother-in-law and father-in-law on the kitchen table. Then the fridge is starting to float water is coming into the home,” she said.

By the time they walked back the water was up to their necks and rising.

“They broke their way through the roof. They pretty much broke a hole the size of a table and they got up there and they waited and watched as the water continued to rise,” said Villapando.

It was daylight before Julie could go check on her own family and she couldn't believe her eyes.

“Not until I walked in there and saw everything for myself is when it really hit me that this was a very serious situation,” she recalled.

Mud and water filled her home.

Back in Wimberley, Kathleen and Bill Cline found themselves stranded in their own home.

“People ask us ‘Why didn't you get out sooner?’” Bill said. “We were stunned. People had no concept of how fast that water came up.”

Their only escape was their attic.

“I think I'm so funny,” said Bill. “I said we always said we wanted to go together. This may be our time.”

Tired, cold and wet they searched for something warm to put on and found a family favorite in with their Christmas items.

“Surely enough there was Mister and Misses Santa Claus. Mine had the long dress and long johns and his was the Santa Claus with the long johns. We didn't even think about it being funny. It was warm clothes,” said Kathleen.

Rescue teams cheered when they finally rescued Santa and Misses Claus. Grateful to have survived, the Clines provided some levity among the loss. Something they witnessed in their own home as they began the cleanup.

“A table floated up to the corner up there and it had a lot of odds and ends and when it came back down the grandkids said, ‘Granny we've saved everything.’ But they didn't save any of my clothes,” said Kathleen.

That table is now the centerpiece of their newly remodeled home -- complete with those treasured trinkets - and overlooking the Blanco River.

The muddy cleanup took months but friends family even strangers pitched in.

"We had a lot of help," said Kathleen.

When you are granted grace, it's hard not to think about those who lost so much more. Eleven people did not survive.

“I miss him a lot,” said Carol Thomas.

Carol clings to the memories she and Larry shared, forever faithful as to the reason things happened the way they did.

“He said he wanted to live there the rest of his life, which he did. And he would be happy about that,” she said.

She is grateful for the time they had.

Life is different now. Carol lives in a guesthouse in Dripping Springs, close to where she teaches. A family friend donated it to her to help her get back on her feet. It's one of the many kind gestures people have made over the last year.

Including her wedding cake topper.

“It's still muddy. I can't get the mud off it but it survived,” said Carol.

Reminders of how fragile life can be, and of the things no river can wash away.