Deputies said one worker died at the scene, and another was pronounced dead at the hospital. 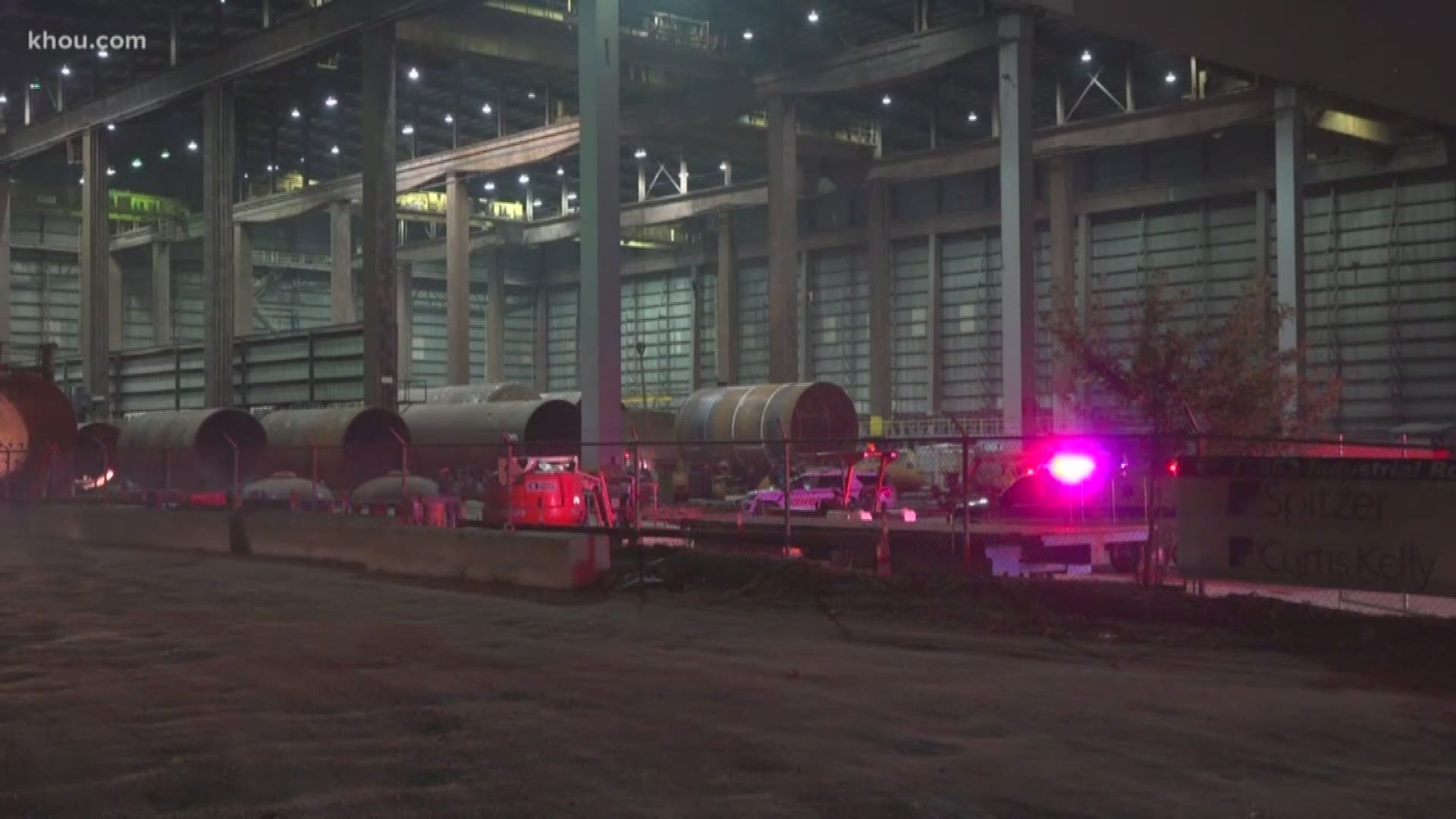 HARRIS COUNTY, Texas — Two men were killed when a piece of heavy industrial equipment flipped and fell on them at an east Harris County business late Thursday.

Harris County Sheriff’s deputies responded to the scene around 9 p.m. at Spitzer Industries in the 13800 block of Industrial Road. They said the fallen equipment had trapped the two workers.

One of the workers died at the scene. Life Flight took the other victim to the hospital where he also died.

KHOU 11's Brett Buffington reports that, as per standard protocol in these types of incidents, homicide and crime scene investigators are looking into the incident.