The father managed to get the girl to safety, but he ingested a lot of water and needed to be airlifted to a hospital in Houston. 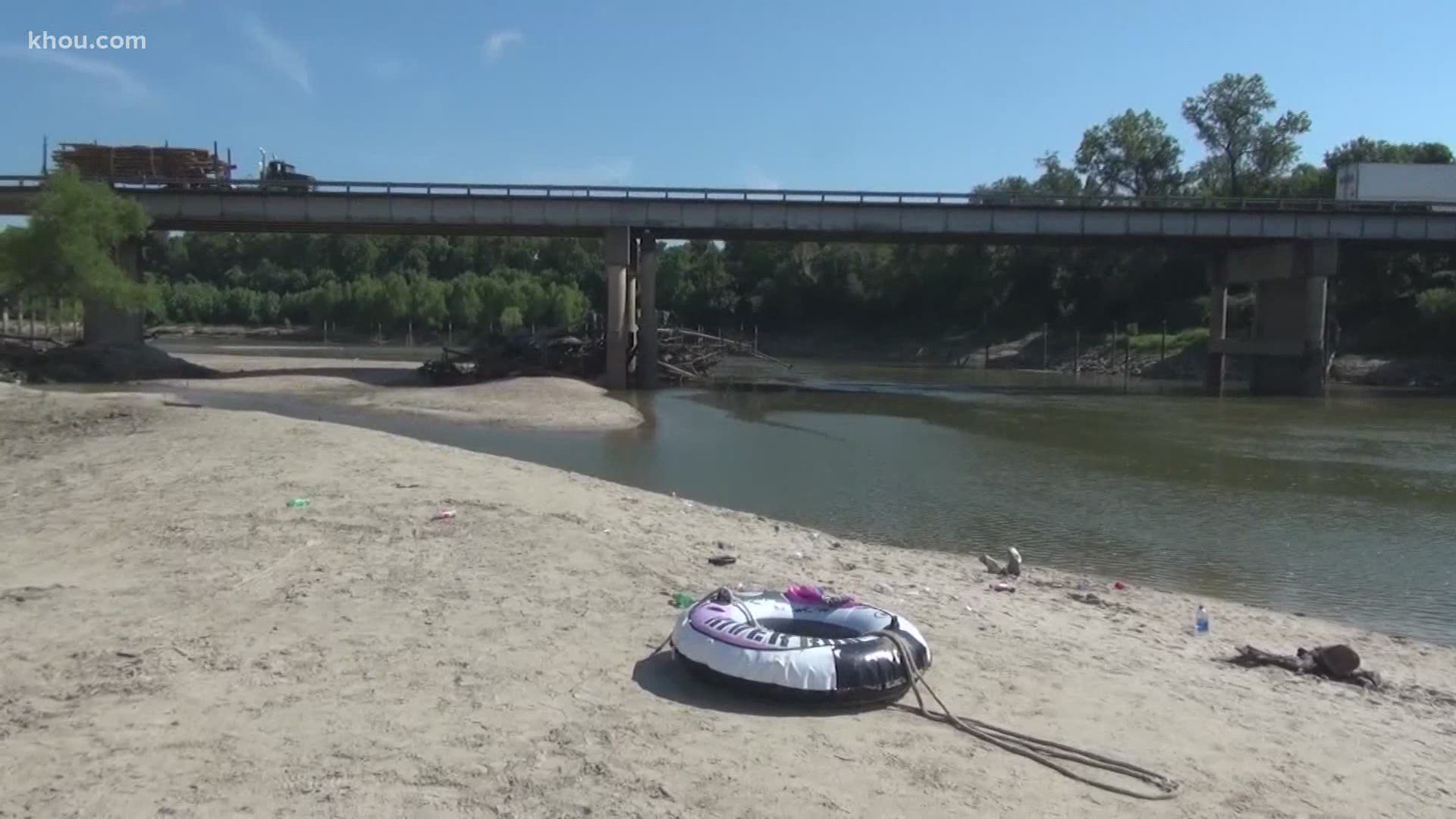 Several families were at the river at the Highway 105 bridge shortly after 7 p.m. when a 5-year-old girl in the water needed help.

Defoor said the girl’s father, Abel Castellanos, jumped in to save her, and so did a 17-year-old and an 18-year-old, who were not related to the family.

The teens from Beaumont disappeared in the water and never resurfaced.

The bodies of 18-year-old Jaerson Alvarez and 17-year-old Wilmer Alexi Rodriguez were found Monday morning in about 45 feet of water. Searchers used side scan sonar to find them.

Castellanos, 25, was airlifted to Memorial Hermann Hospital after gulping a large amount of water during the rescue. His condition isn't known.

Defoor said this spot of the river is a dangerous place to swim because it looks calm, but there is always a strong undercurrent.

To add to the danger, the river bottom is full of large holes that catch people off guard.

"You can go from waist-deep water and step off into a hole that is 40 to 50 feet deep," Defoor said.

He warned there are also alligators and a lot of debris in the water.

In the last several years, large signs have been posted along the river’s edge warning the public of the dangers. But Defoor said people tear them down and use them for camp fires.

About a dozen people have drowned in the same area in recent years.