Flight records show the plane was heading from Tyler to Sugar Land at the time of the crash. 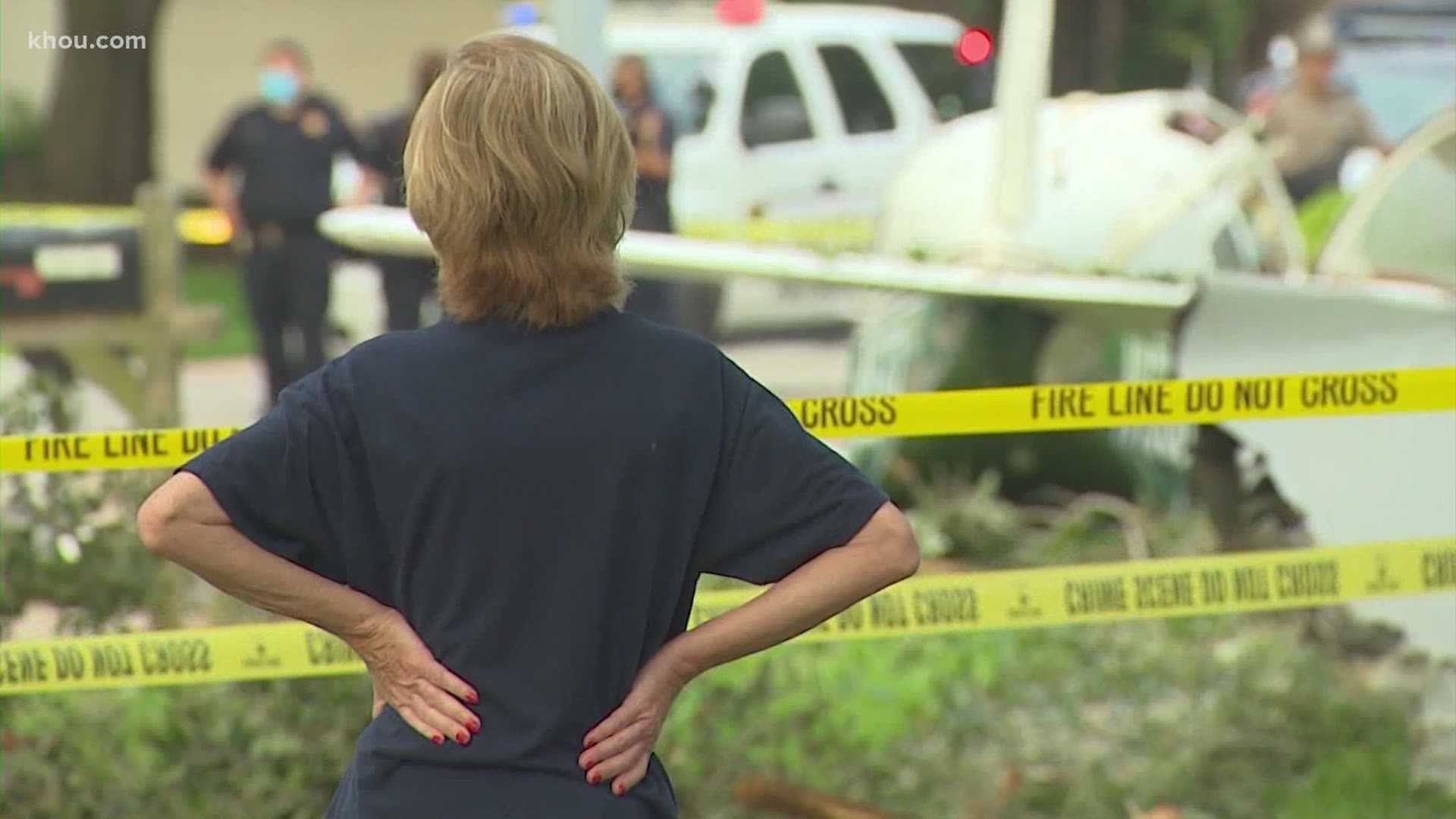 HARRIS COUNTY, Texas — A small airplane crashed into a tree and then the front yard of a Bear Creek home early Tuesday morning, sending two people to the hospital.

Cy-Fair firefighters and deputies with Harris County Constable Precinct 5 responded to the 15700 block of Boulder Creek shortly before 2 a.m.

They found a single-engine Piper PA-28 Cherokee sitting in the front yard of the home. The pilot was trapped in the aircraft and in need of medical attention.

A fire department official said the pilot and passenger were taken to the hospital and are expected to survive. One of them had very serious injuries, however.

Flight records show the plane earlier left an airport in Tyler and was heading to Sugar Land when it rapidly lost altitude over west Harris County.

The pilot reported he was at 7,000 feet when the plane lost power, and he put out a mayday call. The FAA will respond to the scene to investigate.

Registration records show the aircraft belongs to a flight school and plane rental company out of the Sugar Land airport.