Houston police said an altercation between the victims and a woman could be connected to the case. 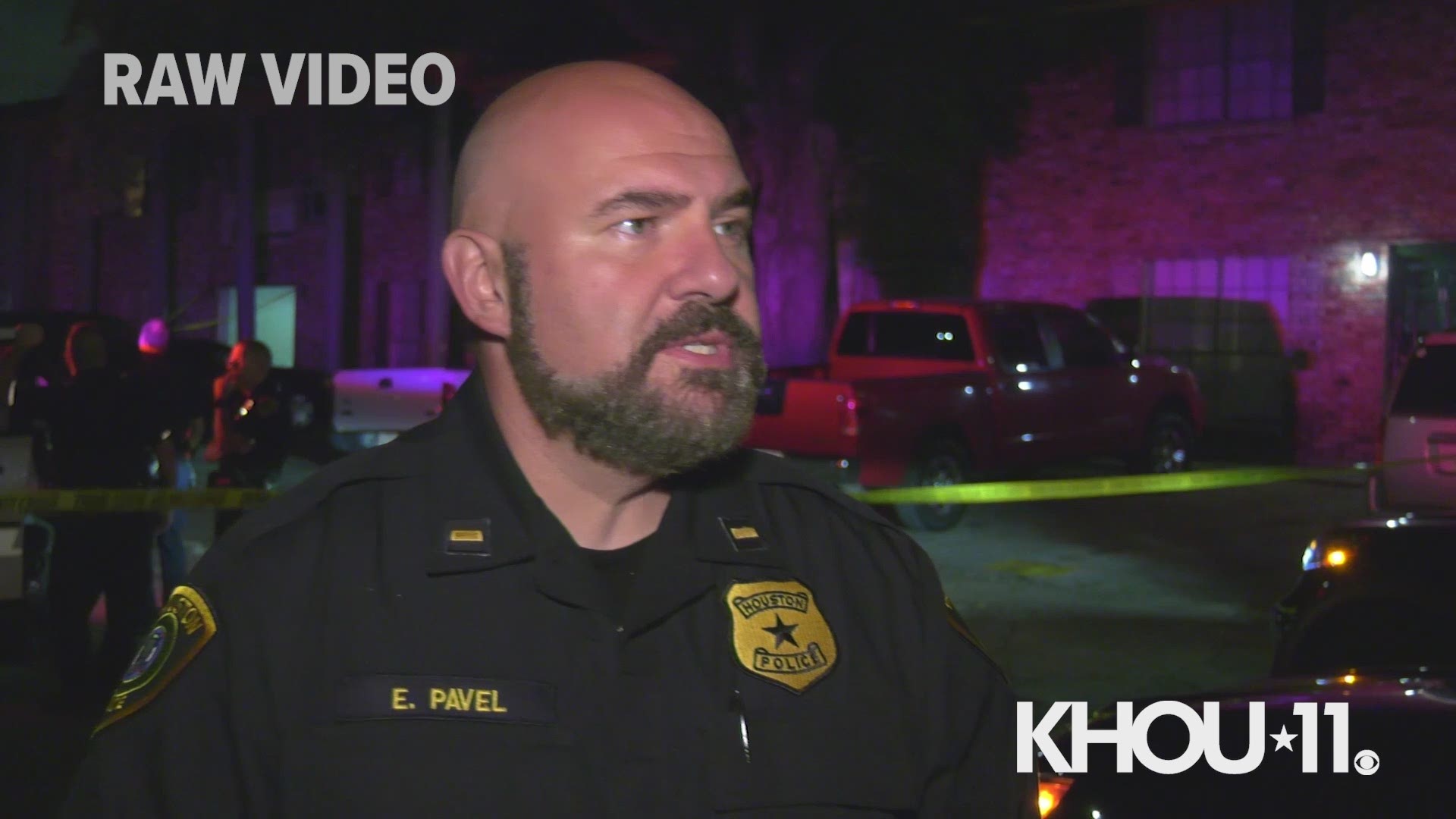 HOUSTON — Houston police released new details Monday after two people were injured in a shooting at an apartment complex Saturday in the Bellfort area.

Police were called shortly before 11 p.m. to the 7900 block of Leonora Street, that's just off Telephone Road and Bellfort. It was initially reported as a drive-by shooting.

Investigators said the two men were sitting outside their apartment when a white Toyota Camry with two occupants pulled up. They now know one of the men was not an intended target.

The men were taken to the hospital and are expected to survive their injuries, according to Houston Police Department Lt. E. Pavel. Both men suffered gunshot wounds to the abdomen and one was also hit in the arm.

HPD later confirmed one of the victims was in an argument with two sisters earlier as the women were getting out of his mother's vehicle. During the altercation, the women's two brothers arrived and got into a fight with the victim.

At some point, police said one of the brothers pulled out a pistol and fired several shots.

Houston police are now searching for the suspects, who they said drove off in a white, four-door sedan.

Anyone with information that could help investigators should call Crime Stoppers at 713-222-8477.