The 17-year-old was thrown from the hood of the car after a teen driver accelerated and then braked, deputies said. 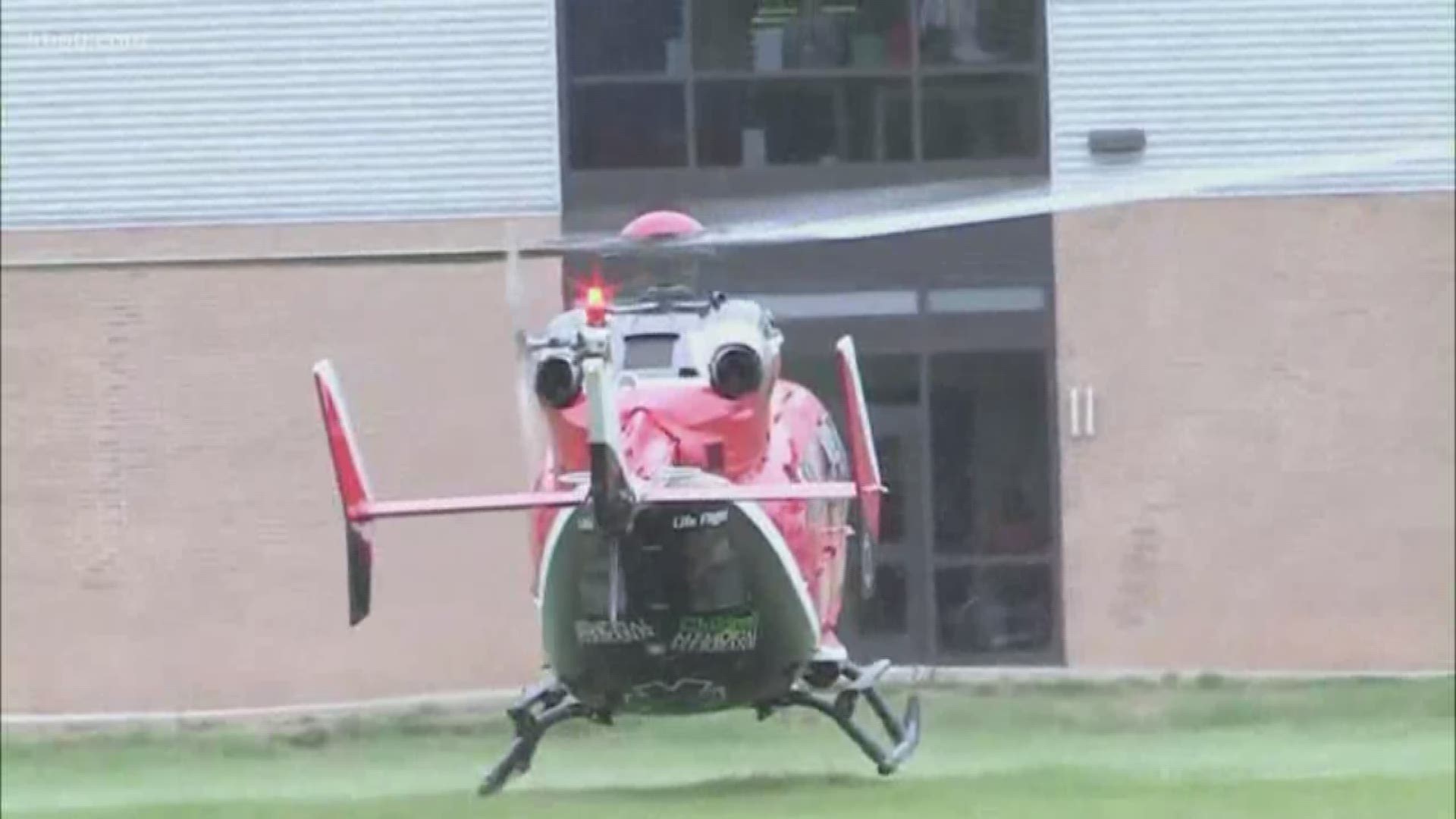 HARRIS COUNTY, Texas — EDITOR'S NOTE: The video above is from when the student was first injured in the crash.

A 17-year-old male Klein Oak High School student, who fell off the hood of car, died on Friday morning following a crash on Thursday afternoon.

This happened around 3 p.m. on Hildebrandt Intermediate School property in northwest Harris County.

Harris County Sheriff’s deputies say a 17-year-old female driving in the school parking lot when the victim jumped out of the car and onto the hood of the moving vehicle.

The victim sat on the driver’s side of the hood as the car moved a slowly through the parking lot. However, deputies said the teen driver accelerated and then braked with enough force to launch the victim off the hood.

The teen victim struck his head on the ground, deputies said. He was then transported by Life Flight to a local hospital in critical condition.

“As you may have heard, a Klein Oak student was involved in a serious car accident on the Hildebrandt Intermediate campus earlier today. The student was transported to the hospital by LifeFlight.

“We are respecting the family’s privacy and do not have an official update regarding our student’s status at this time. We know you join us in keeping our student and the family in your thoughts. Additional counselors from our district counseling team will be on campus tomorrow for students and staff who have been impacted by this accident and need support.

“As always, we appreciate our community and the many ways we look after one another.”