In all, it’s believed there were four teenage girls on the UTV when the driver lost control, rolling the vehicle. 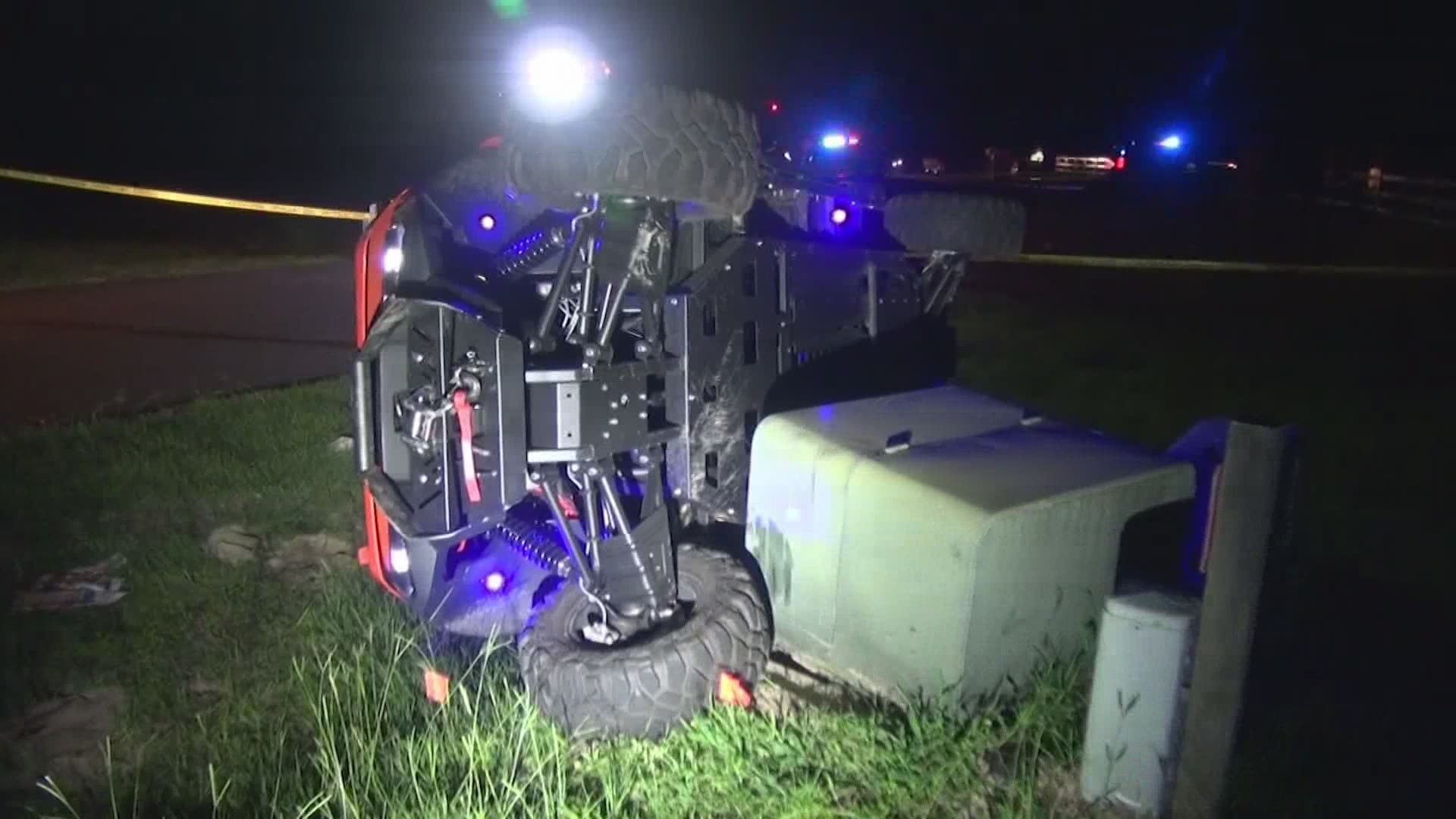 MONTGOMERY, Texas — A teenage girl was killed and another was hurt when their UTV, an off-roading vehicle, rolled in Montgomery County late Thursday, authorities said.

It was just before 10 p.m. when the Lake Conroe Fire Department responded to the Crown Ranch subdivision.

They found a wrecked UTV resting against an electrical transformer box.

A 15-year-old girl was trapped under the vehicle and died at the scene, authorities said. Another teen suffered minor injuries.

In all, it’s believed there were four teenage girls on the UTV when the driver lost control, rolling the vehicle. At least one of the girls was wearing a seatbelt, investigators said.

The Montgomery County Sheriff’s Office is assisting in the investigation.