Harris County Sheriff's deputies said three teens were in a gold-colored SUV throwing eggs at other vehicles when the woman began chasing after them in her truck. 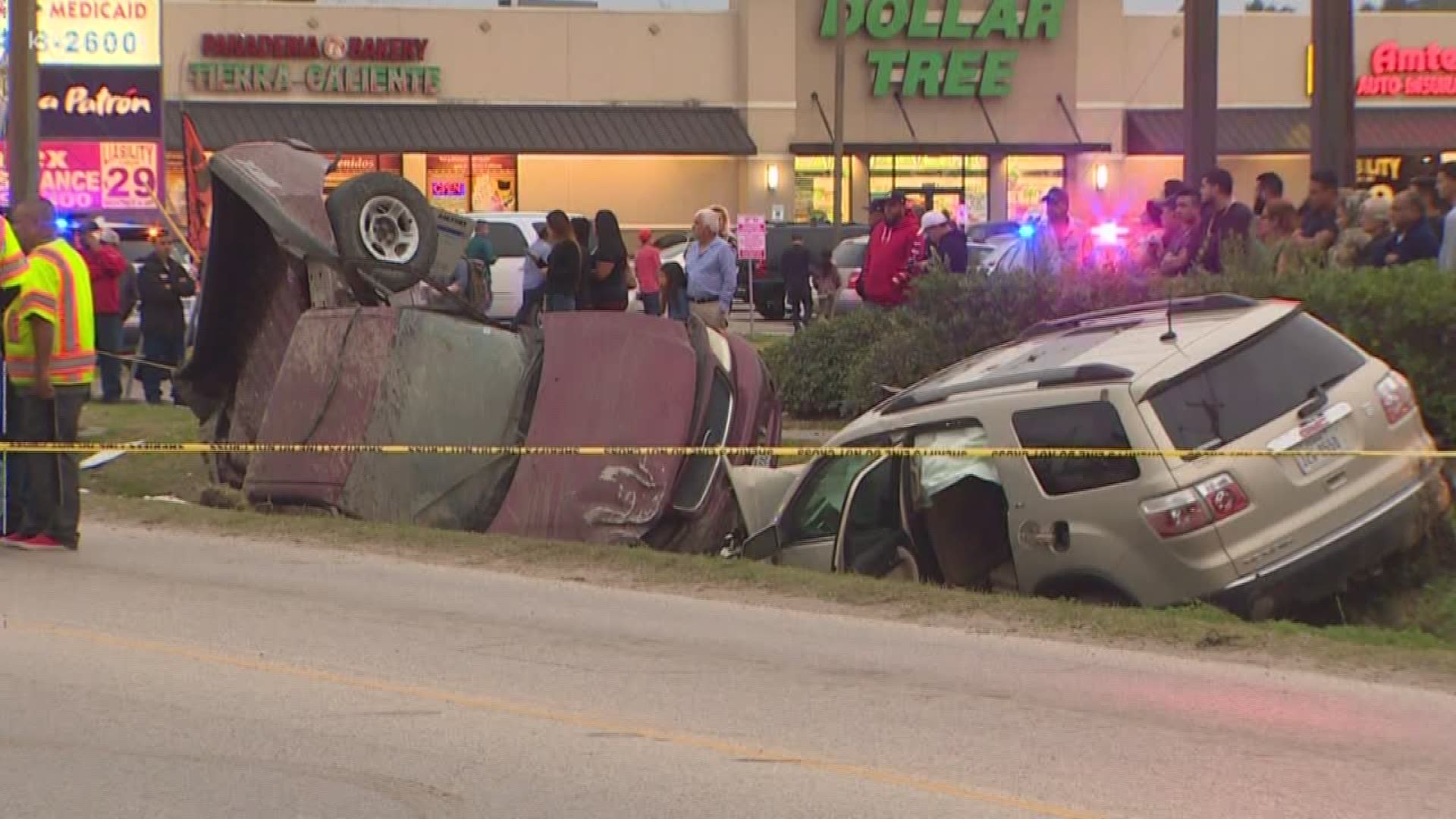 HOUSTON - A 30-year-old woman was killed Tuesday after deputies say a teen driver T-boned her truck at an intersection in Aldine.

The incident happened Tuesday afternoon in the 1900 block of Aldine Mail Road near Aldine Westfield.

Harris County Sheriff’s deputies said three teens were in a gold-colored SUV throwing eggs at other vehicles. They said one of the targeted drivers in a tan, late-'70s-model Lincoln with a white leather top and chrome wheel extensions began chasing the teens' SUV.

The driver of the Lincoln allegedly pulled out a semi-automatic handgun.

Deputies said during the chase, the 14-year-old driver ran a red light and T-boned the truck the woman was driving, killing her at the scene.

Officials said the teen driver is being evaluated at the hospital, and his friends did not suffer any serious injuries.

Deputies are investigating the teen driver's parents as to why the teen was given access to a car. They are also looking for the driver of the Lincoln who is described as a Hispanic male in his late 20s with a tattoo on his left forearm and elbow.