The project will include new technology to make travel easier and more gates to attract more long-haul routes. 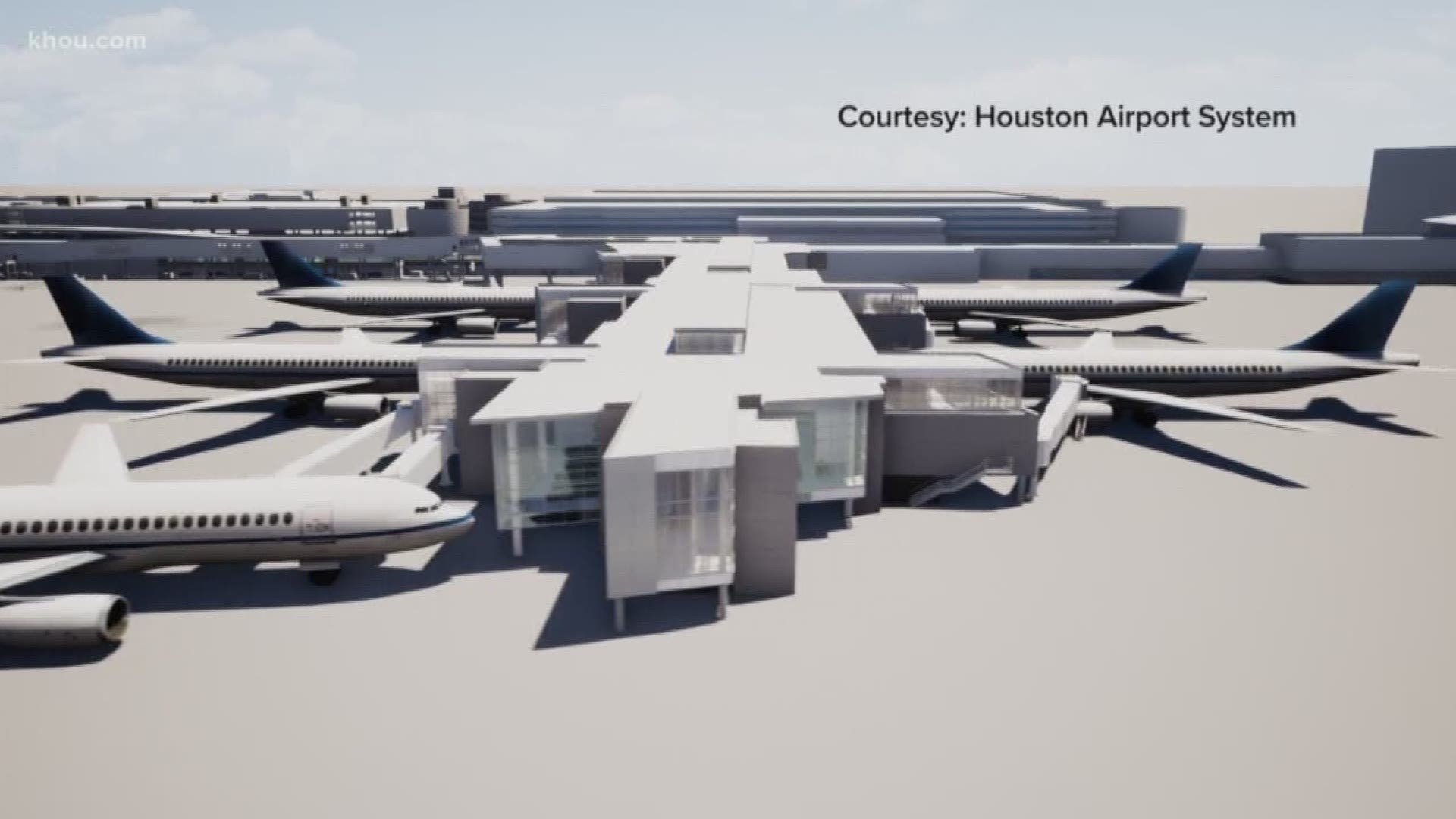 The project will include new technology to make travel easier and more gates to attract more long-haul routes.

Houston’s mayor, aviation director, city council members and other officials wore hard hats and turned dirt with shovels to mark the start of tearing down the old Terminal C North.

The demolition will create room for six new gates to fit bigger, wide-bodied planes that can fly farther, creating new routes to bring in new business to Houston.

“We did an economic assessment of the value of (a recently added Turkish Airlines) flight between Istanbul and Houston: $400 million a year,” said Mario Diaz, Director of Aviation for the Houston Airport System.

Those additional six gates will nearly double the number of wide-bodied gates to 13, with room for five more in the future.

Diaz said airport officials are talking with India about the possibility of a direct flight, looking at a new flight to a major city in China, and possibly another two to Southeast Asia.

The project will also improve baggage handling capacity and reliability challenges, while solving traffic issues outside the terminal.

The expansion and redevelopment of the Mickey Leland International Terminal will consolidate ticketing counters, security checkpoints, and baggage claims between the two existing international terminals.

“People here locally that get the most benefit about getting the work, the money going back into their tables,” said Vice Mayor Pro Tem Jerry Davis, who also serves as City Council Member for District B, which includes IAH.

HAS staff say airport revenue and bonds will fund the expansion and redevelopment of the Mickey Leland International Terminal, which should be complete in 2022.