Houston police have also released surveillance photos of the two armed suspects wanted in connection with the fatal shooting. 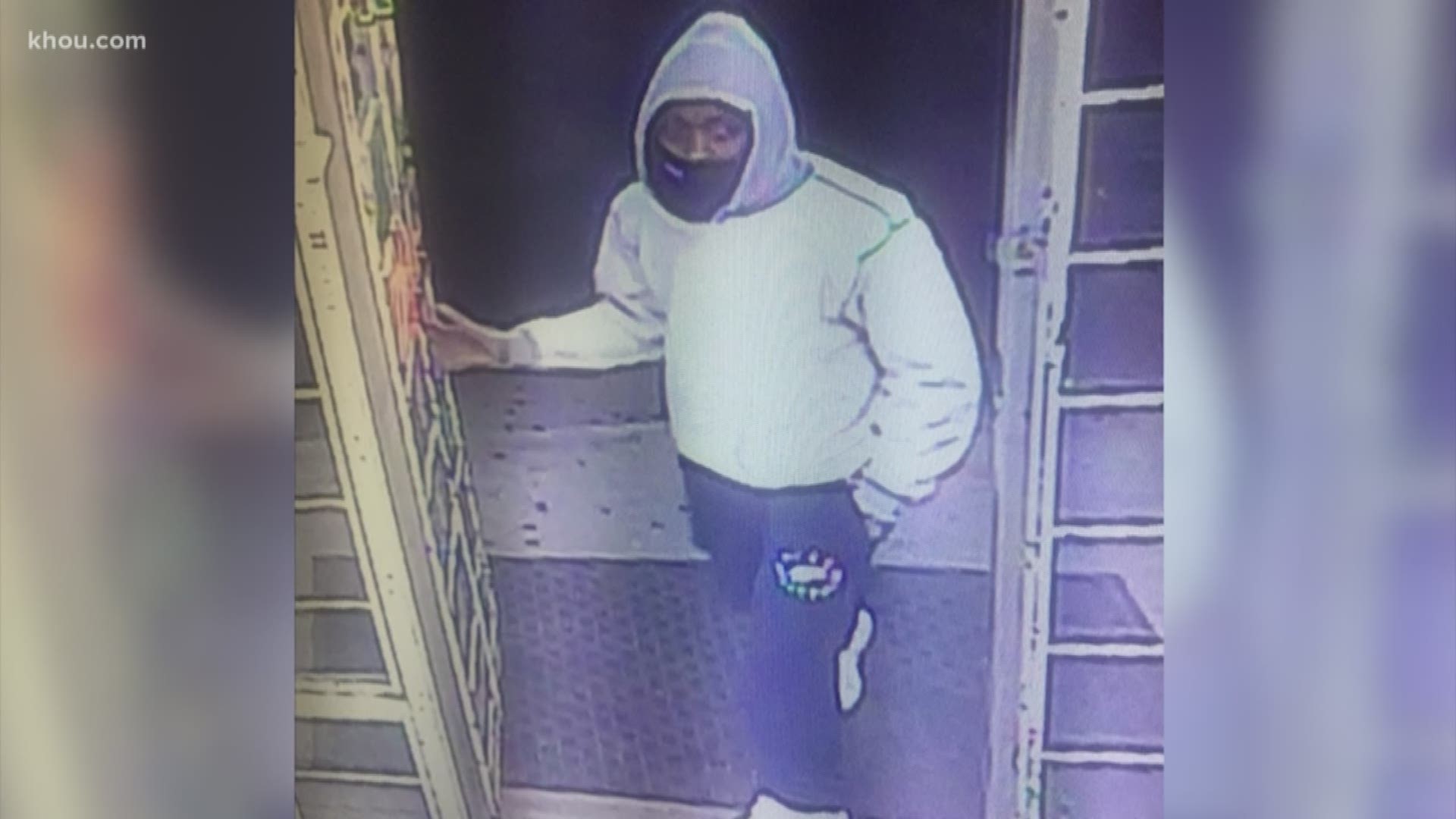 HOUSTON — A customer died after he was shot trying to stop a robbery at a southwest Houston pawn shop, police said.

Houston police have not released the identity of the victim pending verification by the Medical Examiner’s Office.

Houston police have also released surveillance photos of the two armed suspects wanted in connection with the fatal shooting.

The suspects are described only as two black males in their early to mid-20s. One was wearing a white jacket with a gray hood, blue sweatpants, white shoes and a black mask. The other was wearing a gray hoodie, a red mask, white pants and white shoes.

This happened just before 8 p.m. at the EZ Pawn in the 6000 block of Bellaire Boulevard, which is in the Gulfton area.

Houston police say the masked suspects entered the pawn shop, which sent employees seeking cover in the back of the store.

The victim, who had a concealed handgun license (CHL), waited for the suspects to come back out from the rear of the store. When the suspects returned, the victim and the suspects exchanged gunfire.

The victim was struck multiple times and fell to the floor.

Police said the suspects fled the store on foot in an unknown direction.

Paramedics transported the victim to an area hospital where he was pronounced deceased. It is unknown at this time if the suspects were struck by gunfire.

Anyone with information on the identities of the wanted suspects or in this case is urged to contact the HPD Homicide Division at 713-308-3600 or Crime Stoppers at 713-222-TIPS.