Firefighters rescued one person trapped in the home and gave CPR at the scene. 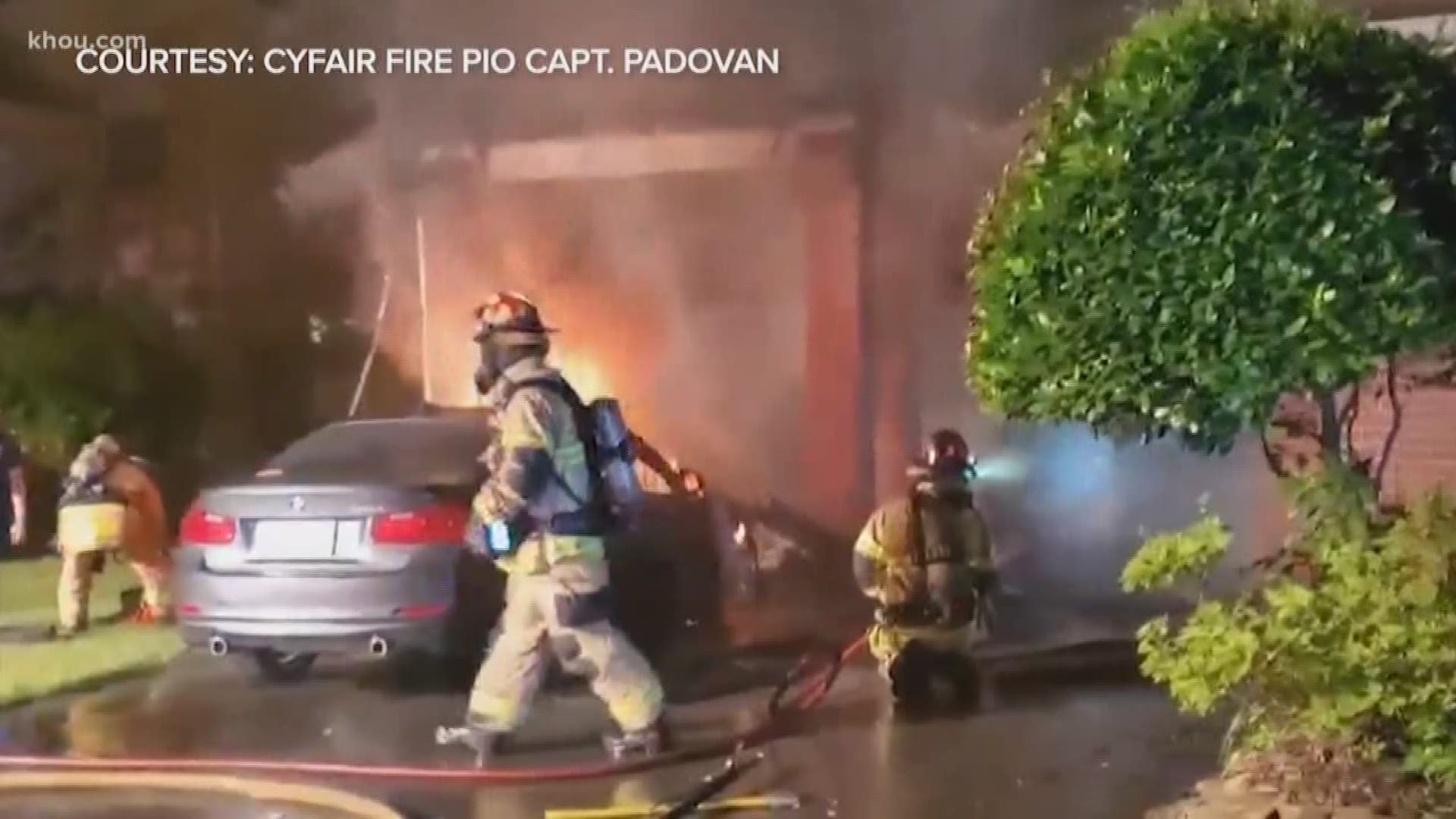 CYPRESS, Texas — A man is alive thanks to his two brave neighbors who rescued him from his burning home just in time.

This happened at a house located on Stable Brook Circle in Cypress.

The Cy-Fair Fire Department recorded video of the blaze, which appeared to involve not just the house but a car parked in the driveway.

A man, who officials say is in his 60s, was inside.

Before firefighters arrived, he was saved by two of his neighbors who say they didn’t think twice about opening the front door and facing the thick black smoke when they heard his faint voice calling for help.

They say they crawled in, with just a cell phone flashlight in hand.

“We crawled in further, at about 10 feet in, we saw his slippers, we both stood up, grabbed his slippers and him, and came out with him. He was barely breathing at one point, it looked like he had stopped breathing, and we just held him in our hands, and told him it was going to be alright, as he was struggling for air. I don’t know how long it was, felt like an hour, but about 5 to 10 minutes later the ambulance came, got him up, got him some oxygen. It was a life changing experience being able to help someone like that,” said neighbor, Marco Bergen, who was one of the two rescuers.

The homeowner’s wife was also inside the house, but she was able to get out safely on her own.

The couple were taken to a hospital, for smoke inhalation, but they’re expected to be okay. Their home, however, was severely damaged.

The house reignited again, just a few hours after being put out. The cause of both fires are now under investigation by the Harris County Fire Marshal.