Houston and Clear Lake police responded to the incident about 1:35 a.m. at the intersection of El Dorado and Galveston Road. 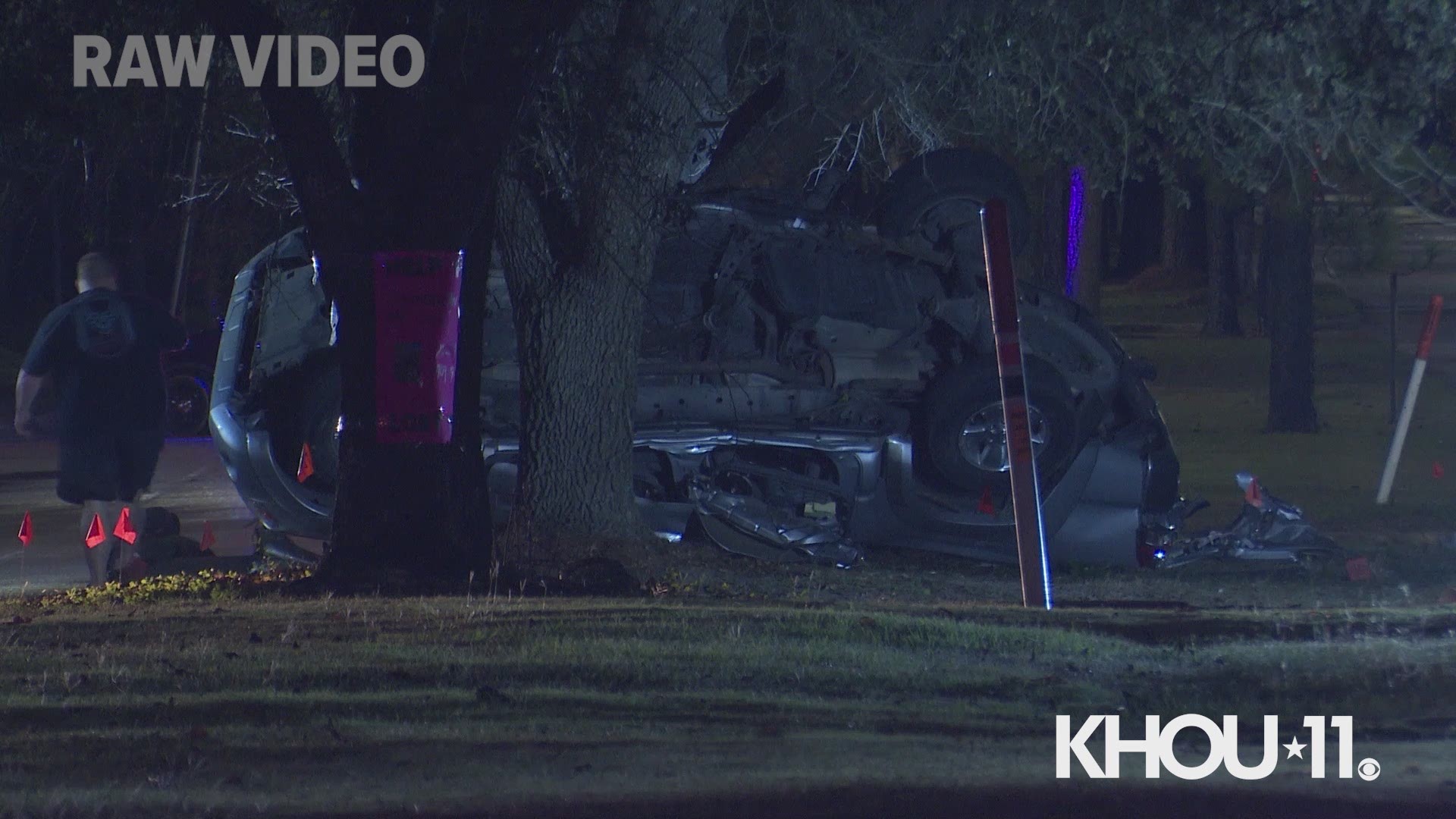 HOUSTON — A 28-year-old man is dead and three others hospitalized in critical condition after a vehicle crashed into a tree early Thursday in the Clear Lake area.

Houston police responded to the incident about 1:35 a.m. at the intersection of El Dorado Boulevard and Galveston Road.

Investigators said the driver of a Toyota Tacoma was traveling at a high rate of speed when he lost control of the vehicle and crashed into a tree. They believe the vehicle tried to regain control and ended up partially rolling the vehicle over.

Police said the driver was pronounced dead at the scene, and the three other passengers were taken to the hospital. The injured passengers are expected to survive.

Houston police are still trying to determine whether alcohol was a factor in the crash or if the the victims were wearing seatbelts.

The victim's identity isn't being released.