Sheriff Ed Gonzalez said the SUV went around two vehicles and through the railroad crossing arms in an attempt to get across the tracks before the train passed. 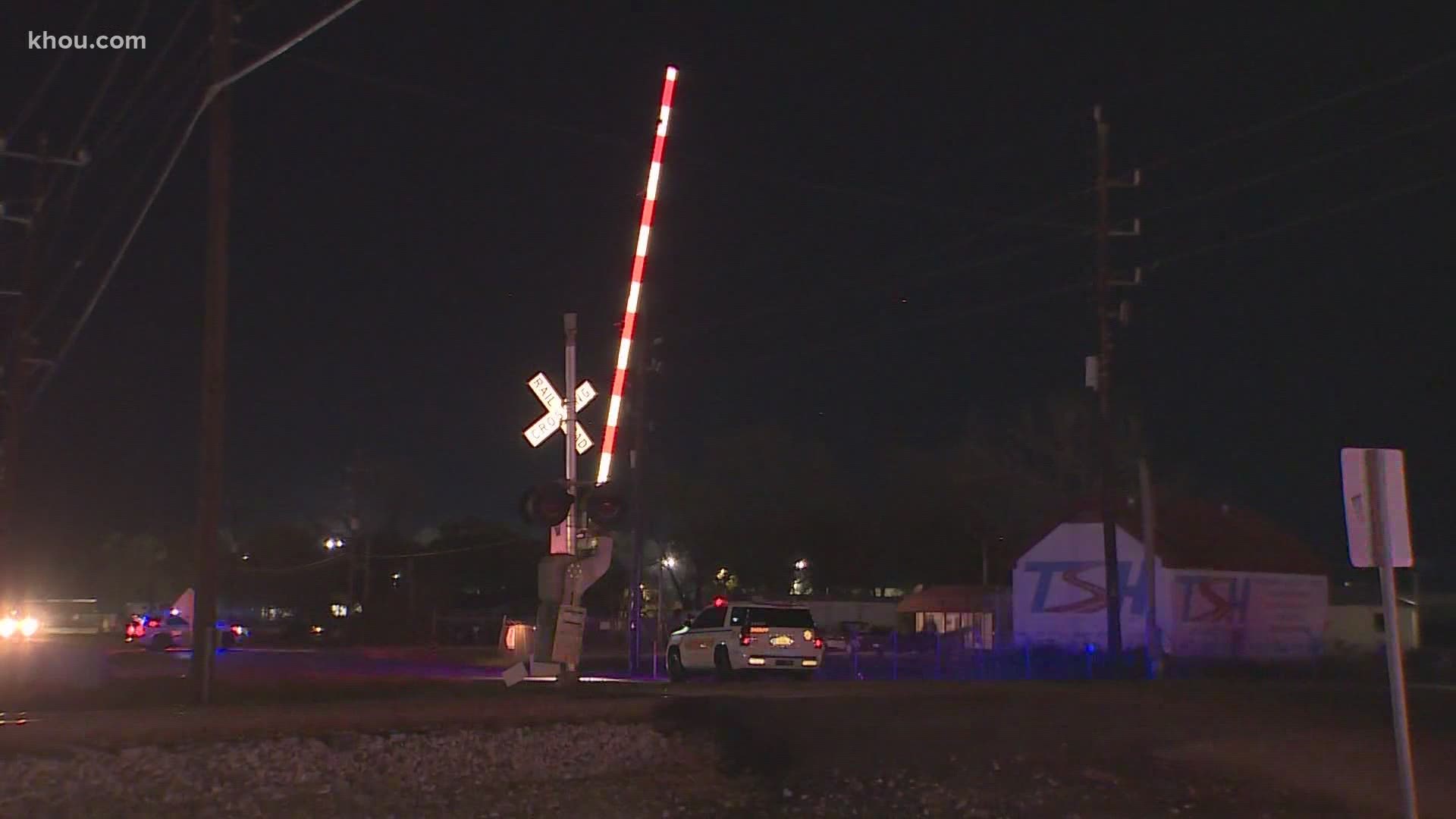 HARRIS COUNTY, Texas — One person was killed and another person was injured Wednesday when a train crashed into an SUV in northeast Harris County.

Sheriff Ed Gonzalez said the railroad arms were activated when the BMW went around two cars that were waiting at the crossing at the intersection of Sheldon Road and Beaumont Highway. The driver of the SUV went around the crossing arm and the vehicle was then struck by the passenger train, which had about 40 people on board.

The passenger in the SUV was ejected and was declared dead at the scene. The driver was taken to an area hospital and is in stable condition.

There were no other injuries reported.

Preliminary info: the RR arms were activated. There were two cars stopped at the crossing, a 3rd car went around the waiting cars and the activated RR arms, the approaching passenger train struck the car. The passenger was ejected & confirmed deceased at the scene. #HouNews https://t.co/wdBIsYdAh2