Local neurologist weighs in on results of latest CTE study

A local neurologist weighs in on CTE and tackle football after results from a new study on the disease is released. 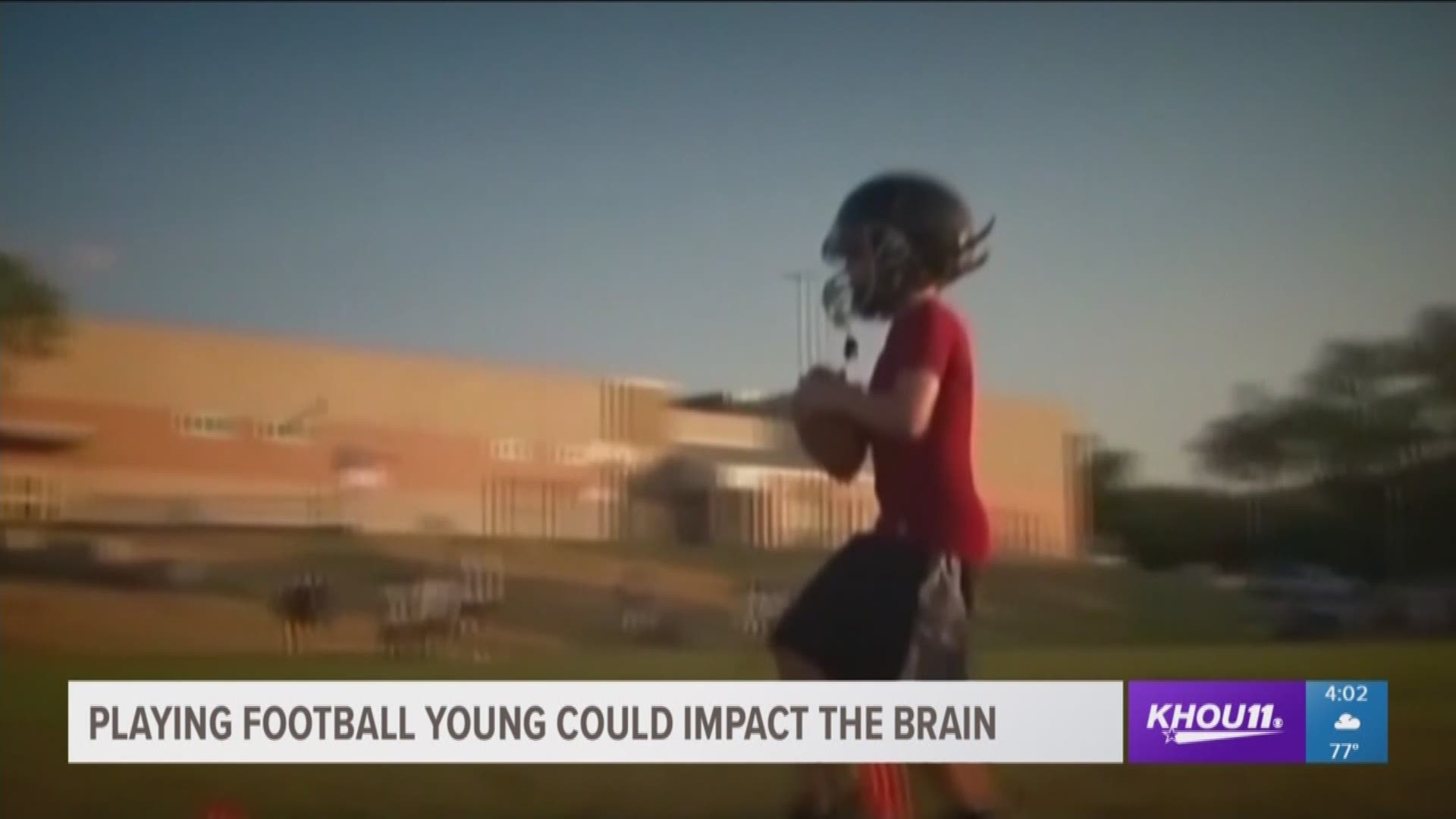 After the results of a new CTE study were recently released, KHOU 11 spoke with a local neurologist about the disease and its link to the most popular sport in America.

The results from the study was published in the medical journal, Annals of Neurology.

The results showed kids who start playing tackle football before age 12 will, on average, develop cognitive and emotional symptoms associated with the degenerative brain disease (CTE) much earlier than those who start later.

KHOU 11 spoke with Dr. Paul Schulz at UTHealth/Mischer Neuroscience Institute about the study.

The neurologist says the report is interesting but much more research would need to be done before making broad conclusions.

"I think it does make the point that we should be really looking very carefully at people under age 12 if they’re in a contact sport,” Schultz said.

He says the study was only able to gather information from the brains of deceased individuals because that is the only way CTE can be currently identified.

Schultz says precautions can be taken to limit the impact of hits on younger players.

“I’d hate to say anything against football because I like the game as much as anybody else,” Schultz said. “But what I would say is make it as safe as possible. Number one, get the best helmet they can buy.”

Schultz says the link between concussions and neurological disease is well documented and says any hit to the head is not good.

"There’s a general theory right now that getting bumped on the head causes inflammation in the brain,” Schultz said. "And it’s that inflammation that causes impairment down the road.”