Kyle officials are trying to brand the city as the 'Pie Capital of Texas.' 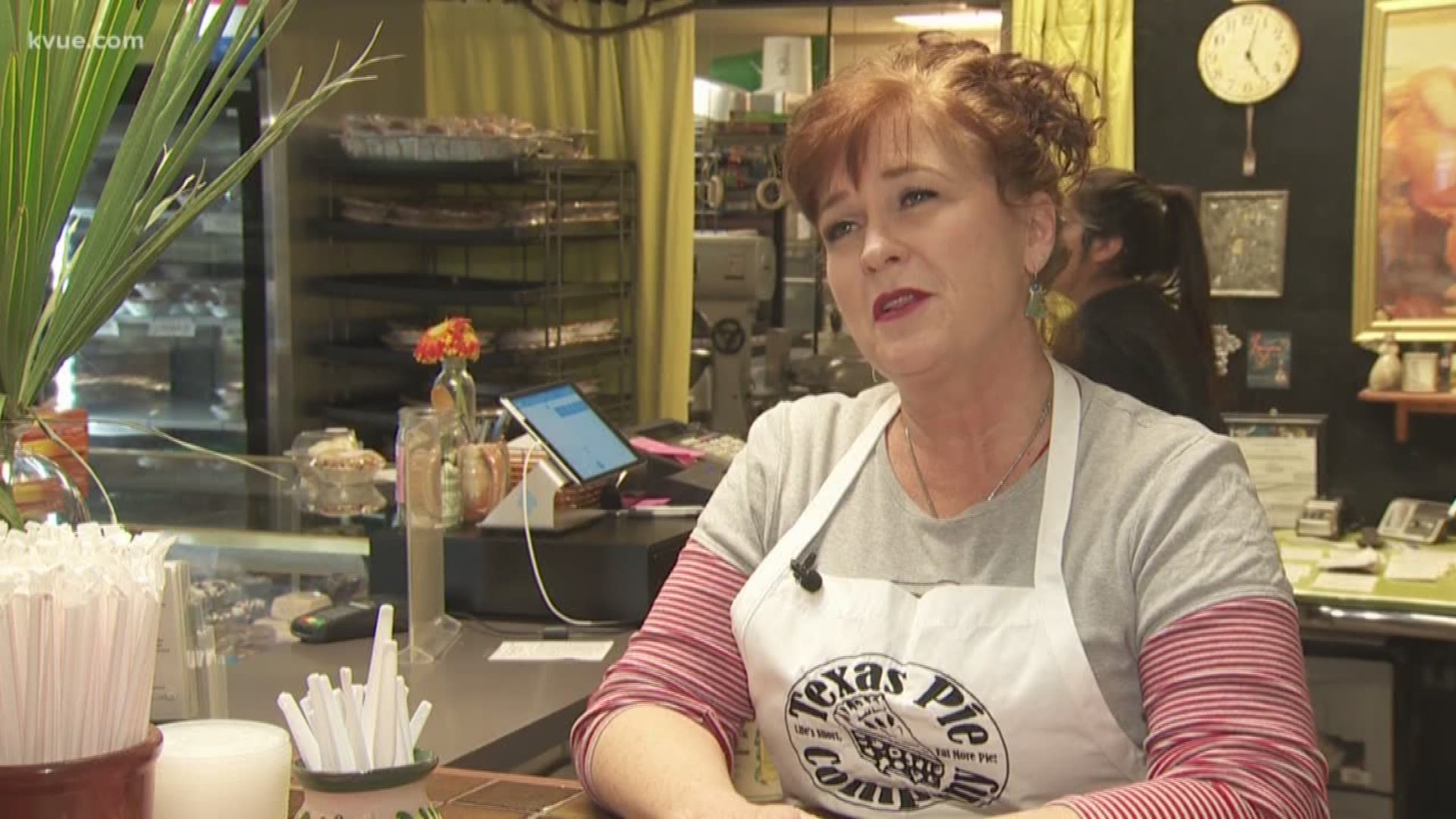 From a speck on a map to what’s no longer a pie-in-the-sky scenario.

“I always jokingly tell people that are new to the area that we had to go to Austin to get ice cubes. Because there was literally nothing here,” said Allen Deaver, a realtor associate with Sky Realty in Kyle.

“In the very beginning, I might get one customer, two customers, three a day. Now, we do 2 to 300 a day,” said Albertson, who opened up the Texas Pie Company in Kyle in 2000.

While the business existed for years prior to the opening of the Kyle location, that’s remained its home ever since.

In 2016, Texas Pie Company won H-E-B’s Quest for Texas’ Best competition. Her products are now sold in more than 250 H-E-B stores. Just as importantly, it’s spread their name across the state.

“H-E-B was very instrumental in getting our name out into communities that had not ever heard of us. So those grocery stores – H-E-B has done a lot of advertising for Texas Pie Company, and for Kyle as an entity. So we bring a lot of people in that would not normally visit Kyle, other than a pie pilgrimage,” said Albertson, who estimated about 75 percent of her business was from tourists.

Inspired in part by her success, Kyle officials are trying to brand the city as the "Pie Capital of Texas."

“We've been thinking about what has been the brand for the City of Kyle. And what can we use to really put us on the map and draw people off the highway,” explained Diana Torres, the city’s director of economic development.

“Our hope is to bring people in off the interstate. Find people that wouldn't otherwise come to Kyle, but want something as American as apple pie, to spend their weekend spending money on. They can do that here in Kyle,” added Scott Sellers, Kyle’s city manager.

Torres noted the immense population growth as an opportunity to establish the city amidst the crowded Interstate 35 corridor.

“For us, we're really having a primetime in our evolution of our community, and if we don't take advantage of it right now, it's just going to pass us by,” Torres said.

She believed the recognition will increase foot traffic and drive business throughout the city.

While restaurants have understandably gotten onboard, the long-term success of the push will come down to involvement from the business community.

“Traditionally you think of food, but we have hotels in town, we have realtors. We have all different types of businesses that are all getting on board with very creative ideas. The more that businesses get involved, the more people are going to come through their door, and it’s going to bring more customers to them,” Torres said.

“If you go to Lockhart, Lockhart's the barbecue capital of Texas. And there's four barbecue places there. And even the non-food places there, it's something they can use to attract people into their community,” Deaver said.

He has gotten involved in the push by sending personalized pies to clients once they close on a home.

Other businesses to take part include Broadway Bank and Hampton Inn. The city also hosts the Kyle Pie in the Sky Hot Air Balloon Festival.

The city has applied for a trademark with the U.S. Patent and Trade Office on "Pie Capital of Texas." In order to receive the trademark, the office first wants to see the city incorporate the branding in their community. Kyle officials expect to hear a response on the trademark soon.