The CBS show Whistleblower will air new interviews Friday night with three trainers who used to work at SeaWorld. 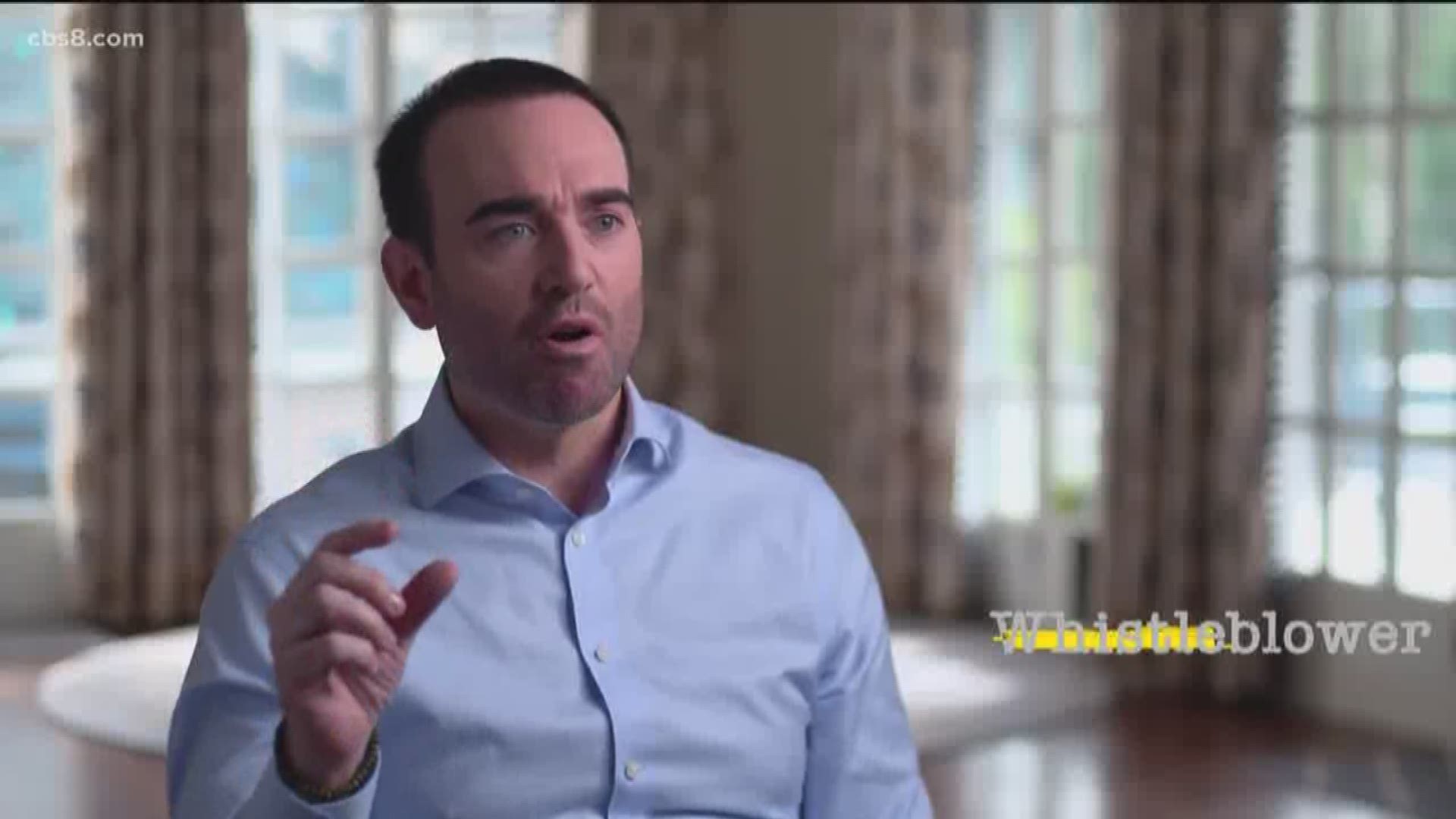 Killer whale trainers are blowing the whistle about the effects of captivity on marine mammals at SeaWorld.

The CBS show Whistleblower will air new interviews Friday night with three trainers who used to work at SeaWorld.

One of the trainers, John Hargrove, previously appeared in the 2013 documentary, Blackfish.

“I knew the truth and I just couldn't handle it anymore,” Hargrove told Whistleblowers.

Hargrove said he is speaking out to protect the wellbeing of orcas at the marine park.

“They are being subjected to sunlight without shade protection that causes cataracts and damage to the eyes.  You see them grinding down their teeth on the pool walls and ledges, breaking off their teeth,” Hargrove said.

Hargrove used to work as a killer whale trainer at SeaWorld in San Diego and Orlando.

His interview will air 8 p.m. on CBS 8 in San Diego.  Alex Ferrer is the host of Whistleblower.

“You'll also hear from two other trainers who are speaking out for the first time on our show,” Ferrer said in an interview with News 8.

“They give you the behind the scenes perspective from their viewpoint of what they saw going on and how it affects the whales and things that, they say, the public just doesn't know,” said Ferrer.

The hour-long program deals with the death of SeaWorld trainer Dawn Brancheau at the Orlando park in 2010, as well as other violent incidents involving killer whales.

“Captivity brings out aggression in these animals,” said Hargrove.

SeaWorld responded in advance of the Whistleblower program’s airing in a written statement to News 8:

“We expect this episode to rehash a tired and misleading narrative driven by discredited and disgruntled activists.  As an organization, we are focused on providing world-class animal care and setting the record straight about our mission to advance vital scientific research, rescue and conservation efforts in our parks and across the globe.”

A SeaWorld spokesperson also emailed us a letter of support from the International Marine Animal Trainers’ Association addressed to CBS News in February 2019.

The Whistleblower host had more to say to families considering whether to bring their children to SeaWorld in the future.